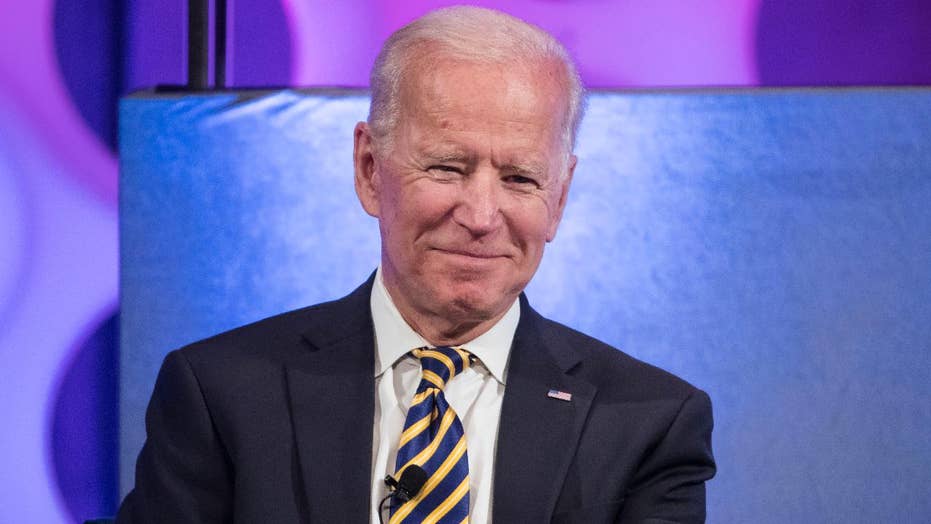 Joe Biden is officially in the race and I’m feeling very good about it.

First and foremost, I really like Joe Biden. There are a number of great candidates from the Democratic side running and he certainly fits into that category.

Second, I hate waiting. And we’ve spent a lot of time waiting for Joe Biden to get in this race. There may be a few more Democrats to throw their hat in the ring, but Biden’s entrance was clearly the most important as he had been polling at the top of the field since we started looking at 2020 hopefuls (so, basically the day after Trump’s inauguration).

JOE BIDEN RAKES IN $6.3 MILLION IN THE FIRST 24 HOURS OF HIS CAMPAIGN LAUNCH

Third, the first few days of Biden’s candidacy will tell us a lot about what his frontrunner status actually means. Is he doomed to sink as Democrats decide he’s better on paper than on the trail? Or is the fact that he has been holding that top spot despite exciting fresh faces like Kamala Harris, Pete Buttigieg and Beto O’Rourke in the race a harbinger of good things to come for the former VP?

Time will tell. But I’m thinking it’s more the latter than the former, which is a real boon for Democrats if he’s our candidate in 2020.

Biden’s ability to resonate with white working class voters has long been touted as one of his major strengths. The “Son of Scranton” provides Democrats a clear shot at taking back the states that delivered Trump his 2016 win, namely Wisconsin, Michigan and Pennsylvania. Plus, he’s hugely popular with African American voters and has already racked up key endorsements in the black community, including Congressman Cedric Richmond, D-La., the former chair of the Congressional Black Caucus.

But more importantly, Biden is already taking a distinct approach to his campaign. Against the backdrop of a crowded field, Biden is bucking the pervasive theory that Democrats can only be successful if they avoid talking about Trump too much.

The primary criticism of Hillary Clinton’s campaign was that she almost exclusively focused on Trump, and although I didn’t see it that way, this crop of candidates has been taking that criticism into account. Especially in their campaign launches, these Democrats have by and large stuck to policy and steered clear of calling Trump out by name.

Biden sees a different path. He’s banking on Democrats wanting a fight with a named enemy.

If the target is one man and not a culture/political framework that has defined your life and community, you’re a lot more likely to change your mind.

This is quite clear in the framing of Biden’s launch video centered on the alt-right rally in Charlottesville in 2017. Where other Democrats have opted to draw a line in the sand between Democrats and Republicans, Biden is squarely focused on Trump himself.

The key here is this: The “aberrant moment in time” Biden speaks about is the Trump presidency, not a long-term degradation of the GOP and their values. While I don’t think we could have a Trump presidency without a feckless group of Republicans making it possible, Biden is very careful to protect what may very well be a unique base for him: moderate Republicans and Independents.

I have heard the criticism of Biden’s strategy. “[Biden] went “dark” and criticized Trump supporters” in the launch video critics said. But I saw Biden as reaching out to people who may have voted for Trump, but can see that these past few years haven’t been what they thought they would be.

Trump’s equivocation on Charlottesville can be seen as a microcosm of the various ways Trump’s has been a stain on the presidency. While Biden lifts up the premise that all men are created equal – an idea that is directly in conflict with the message of the Unite the Right rally – he pits himself directly against Trump and extends an olive branch to those that are shaky about their choice in 2016.

Don’t get me wrong – Democrats are always going to enjoy Trump bashing. But it’s the voters we lost in 2016 and the ones that may traditionally vote GOP that we have to persuade. And by staying away from a criticism of Republicans beyond Trump himself, Biden is pitching himself as the Democrat who understands the choice Americans made in 2016. One could even see him as understanding split ticket voting in 2020 with Biden for president and Republicans for other offices.

That’s something you’re not getting anywhere else and it’s the way to define your campaign with 19 others vying for the job you want. If the target is one man and not a culture/political framework that has defined your life and community, you’re a lot more likely to change your mind.