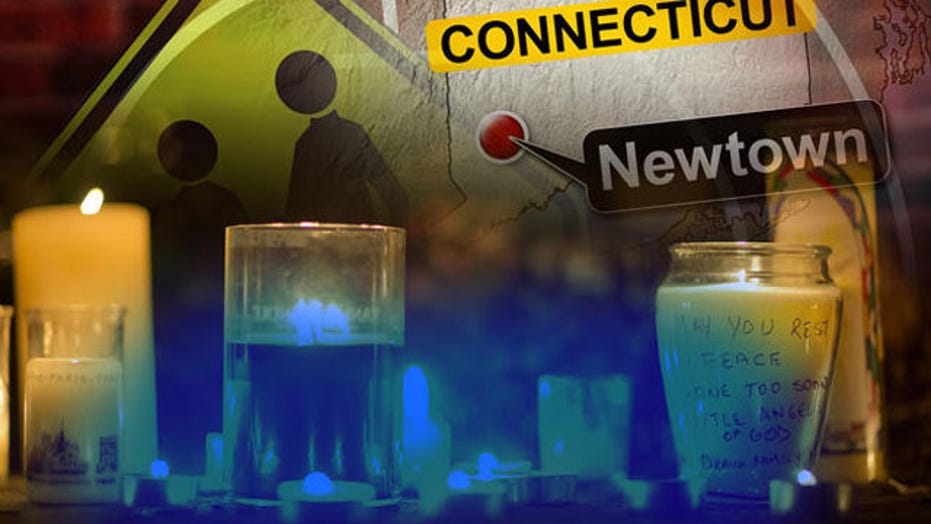 What’s the holdup on gun control?

Two prominent senators are working toward forging a compromise proposal on expanded background checks, aiming for a breakthrough on the biggest impasse in controversial gun control legislation.

Pennsylvania Republican Sen. Pat Toomey and West Virginia Democratic Sen. Joe Manchin, an influential moderate, are said to be working on a deal that would allow the checks to apply to purchases at gun shows and Internet sales -- but, importantly, exempt some sales between hunters or close relatives.

It's unclear whether such a proposal would be embraced by pro-gun rights conservatives and the National Rifle Association, which so far has opposed the kind of comprehensive firearms legislation pushed by President Obama and his allies in Congress. But the issue of family members and others being subjected to an expanded background check system for sales between them has become an obstacle.

The NRA and other gun-rights advocates, while arguing the checks would eventually lead to a federal gun registry, also said they would be too cumbersome for the two groups – citing faraway trips to government offices and mandatory record keeping. They also say criminals would find ways to avoid the checks.

The current system covers only sales handled by federally licensed gun dealers, with gun-control advocates saying the country needs to do more to keep weapons out of the hands of criminals and the mentally ill.

They also say the checks and records – now retained by gun dealers, not the government -- are the best ways to ensure those would-be gun buyers' histories are researched.

A Toomey-Manchin deal on checks could revive legislation, a key part of President Obama’s second-term agenda, to curb gun violence. The president has embarked on a fresh round of public appearances in a bid to sway Congress to approve legislation, as it appeared support for the bill was waning.

Obama on Monday will resume that effort, visiting the University of Hartford, in Connecticut, where he is expected to talk about the victims of the mass shooting inside an elementary school in the nearby town of Newtown in December.

"On the eve of Senate consideration of gun safety proposals the president will speak, as he did at the State of the Union, of the obligations we have to children lost in Newtown and other victims of gun violence to act on these proposals," a White House official told Fox News on Sunday night.

An administration official said 11 family members of Sandy Hook victims will ride back to Washington with Obama on Air Force One. They had planned to lobby lawmakers on Tuesday in support of gun control.

One problem with a Toomey-Manchin deal is that Senate Majority Leader Harry Reid wants to begin debate on the issue Tuesday, now that Congress has returned from a two-week spring break.

A bipartisan group of eight senators has been working on legislation since the new Congress started in January, just weeks after the school massacre.

Reid already has removed from the Senate plan proposals to ban assault weapons and high-capacity gun magazines, after realizing he would not have enough votes. Those items could still be voted on as amendments to the main package, but their initial inclusion prompted a backlash from lawmakers that continues to hurt the bill's chances.

A Toomey-Manchin agreement remains a work in progress and could change, said Senate aides who spoke on condition of anonymity. But a deal would help gun-control advocates win crucial support from wavering moderate Democrats and from Republican senators, who have largely opposed much of Obama's push on guns.

Manchin is a moderate and Toomey is a conservative, and both senators have received A ratings from the NRA.

“The background checks in particular are something we need to push ourselves to reach agreement on,” senior West Virginia Democratic Sen. Jay Rockefeller said Monday. “We know beyond any doubt that right now in America there are too many ways for criminals and the mentally ill to buy guns, especially at gun shows -- and we know how to fix it.”

Connecticut Democratic Sen. Richard Blumenthal, D-Conn., said Monday that a compromise on gun legislation was "feasible and possible and is also necessary and desirable."

Without support from some Republicans, a significant expansion of background checks won't be possible because there are only 53 Democrats in the Senate plus two Democratic-leaning independents. Conservative Republican senators have promised to use delaying tactics against gun legislation, which would take 60 votes to end.

Federal background checks are currently required only for transactions handled by the roughly 55,000 federally licensed firearms dealers; private sales such as gun-show or online purchases are exempt.

Manchin is part of the so-called “Gang of Eight” that has been trying to craft a background check compromise. The group included New York Democratic Sen. Chuck Schumer who has focused his efforts on conservative Sen. Tom Coburn, R-Okla.

However, those talks sputtered over Schumer's insistence on -- and Coburn's opposition to -- requiring that records be kept of private gun sales.

Asked about the potential compromise, Manchin spokesman Jonathan Kott said, "My boss continues to talk to all of his colleagues." Toomey spokeswoman E.R. Anderson said she could provide no information.