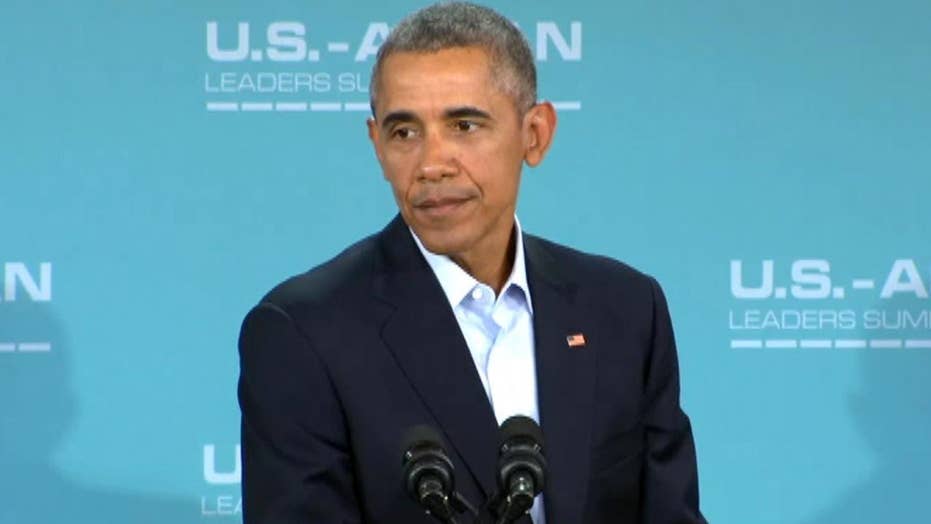 Reaction on 'The Five'

Cracks are starting to appear in the Republican wall of opposition to President Obama nominating the next Supreme Court justice, as several prominent senators signal that a hearing -- at least -- could be allowed.

Those lawmakers include Sen. John Cornyn, R-Texas, who would not rule out a Judiciary Committee hearing on the president’s forthcoming nomination to replace Justice Antonin Scalia, who died suddenly during a retreat at a Texas resort on Saturday.

He was joined by Nevada Sen. Dean Heller, who appeared to welcome the debate in comments Wednesday, but nonetheless encouraged Obama to “put the will of the people ahead of advancing a liberal agenda” with his pick.

Sen. Charles Grassley, R-Iowa, who as chairman of the Judiciary Committee would be the one to put a confirmation hearing on the schedule, has said he would wait to see who is the pick before ruling it out completely, as suggested by his colleague, Majority Leader Mitch McConnell, R-Ky.

Further, Sen. Orrin Hatch, R-Utah, also on the committee, said he would not support a filibuster to prevent a vote, as other Republicans have suggested.

The hard line in the sand drawn by McConnell came shortly after Scalia’s death. As majority leader, McConnell has discretion over whether to schedule a full senate vote. “The American people should have a voice in the selection of their next Supreme Court Justice,” he said in a statement Saturday. “Therefore, this vacancy should not be filled until we have a new president.”

This was followed by equally strong assertions during that night's GOP debate in South Carolina. Several candidates said they wanted the nomination to be delayed until the next president takes office, as others suggested that in the event of a nomination, Obama's nominee be thwarted in the Senate.

Obama declared that as sitting president, it’s his right to nominate Scalia’s replacement, despite the fact that it is his last year in office and Capitol Hill is in the throes of a politically charged election cycle. “There’s no unwritten law that says that it can only be done in off years,” Obama said on Tuesday. “That’s not in the constitutional text.”

Obama has also faced accusations of hypocrisy, since he tried to filibuster Justice Samuel Alito's nomination in 2006. The White House says he now regrets that decision.

Vice President Biden said Obama should be able to nominate, but acknowledged it is up to the Senate to confirm it. Because of that, the former Delaware senator told Minnesota Public Radio on Thursday, “the president is not going to be able to go out -- nor would it be his instinct, anyway -- to pick the most liberal jurist in the nation and put them on the court. “

“There are plenty of judges (who) are on high courts already who have had unanimous support of the Republicans.”