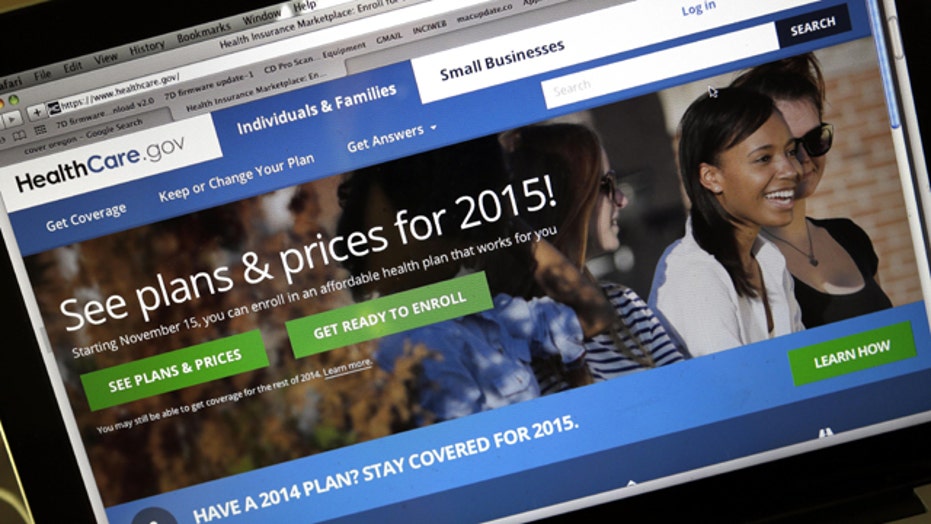 Probe into billions of dollars of potentially improper tax credits

The Senate's top investigative committee has launched an inquiry into the system that's supposed to ensure ObamaCare tax credits go to the right customers for the right amounts -- amid concerns that many Americans are getting inflated or improper subsidies.

Sen. Rob Portman, R-Ohio, who is leading the investigation, says because of the confusion with the system, millions of Americans are learning after the fact they inadvertently got too much money and now owe the IRS hundreds.

"I'm concerned that the subsidy eligibility process is so complicated that many consumers believed they were receiving cheaper insurance coverage than they ultimately got," Portman said in a statement.

Portman, chairman of the Senate Permanent Subcommittee on Investigations, announced his panel's investigation in a letter sent Thursday to HHS Secretary Sylvia Matthews Burwell. "I have repeatedly raised questions regarding efforts by the Department of Health and Human Services to prevent improper payments through the exchanges," he wrote, saying his prior inquiries were insufficiently answered.

"We take seriously our responsibility to make sure people who are eligible stay covered while protecting taxpayer dollars," said Meaghan Smith, the director of communications for the Department of Health and Human Services.

Portman also cited two investigations into the government's income-verification systems. The Government Accountability Office said in 2014 its investigators secured subsidies using false identities in 11 out of 12 undercover attempts. Also last year, an HHS inspector general report found the department "did not have procedures or did not follow procedures to ensure" against government overpayments.

Committee investigators also point to an analysis by H&R Block that found almost two-thirds of its filers receiving an ObamaCare tax credit owed the government at the end of the year. On average, those filers were required to repay more than $700 of their ObamaCare subsidies. The study found most customers claiming the credits were confused about the requirements.

"The Administration assured Congress that the eligibility verification process for the exchanges was working, but millions of Americans are now learning that they received overpayments that they have to repay," Portman said.

Others might have received credits in error because of poor system safeguards, and Portman noted the risks "wasting billions in hard-earned tax dollars."

ObamaCare offers eligible consumers government-funded tax credits to buy insurance on exchanges. The federal government sets the amount based on a recipient's stated income, family size and whether an applicant's job offers health coverage. Generally, the health care law offers larger subsidies to those earning less, and with larger families. If a customer finishes the year earning more than they stated on their ObamaCare insurance application, the law requires them to repay a portion of the credit.

To ensure applicants are receiving the correct amount, the Centers for Medicare and Medicaid Services said it compares the tax credit applicants' stated income with data from the Internal Revenue Service and Social Security Administration.

"The Marketplace has instituted several layers of protections to ensure that a consumer's identity is verified and is receiving an accurate determination based on trusted data sources or from supplemental information supplied by the consumer," said an HHS official. Of the GAO investigation, the HHS official claimed that those undercover investigators failed to ultimately secure health coverage from healthcare.gov. The official added that the online exchange has "significantly progressed, both from a tech side and a consumer-education side, including strengthening our verification processes."

Critics say there is still too little known about the effectiveness of the administration's income-verification system.

"We don't know how much they got that was too much or too little," said Douglas Holtz-Eakin, president of the conservative American Action Forum and former director of the Congressional Budget Office. "This is all guesswork at the moment, and it'll remain guesswork as the years go by."

Over the next decade, the CBO projects the federal government will spend nearly $870 billion dollars on ObamaCare insurance subsidies. Those projections, however, fluctuate significantly with unpredictable increases in health care costs, changes in the law and population dynamics.

Committee staff is also investigating the state-based exchanges. Portman is requesting HHS name any state running an exchange that has "stopped attempting to verify applicants' eligibility to enroll in ACA [Affordable Care Act] health care plans or to receive ACA subsidies." ObamaCare shoppers select insurance plans from state-run exchanges in 13 states and the District of Columbia.

In June 2014, the HHS inspector general found problems with the way the federal, California and Connecticut insurance exchanges were checking eligibility. "The deficiencies in internal controls that we identified may have limited the marketplaces' ability to prevent the use of inaccurate or fraudulent information when determining eligibility of applicants for enrollment," the report said.

Portman's letter to Burwell also references a 2013 federal regulation that allowed, until this year, the administration to rely more on applicants' submitted information than independent verification. That reliance, however, is the foundation of much of the U.S. tax system, noted one ObamaCare supporter and law professor.

"Although the system is not perfect, it likely results in a very small percentage of the total leakage in our tax system," said Timothy Jost, a professor at the Washington and Lee University School of Law. "Congress would do better by giving the IRS the resources to dramatically increase audits and enforcement generally."

Other experts said there might be little the administration can do to address federal overpayments because of the design of the federal tax system and ObamaCare's reliance on it.

"The law itself asks the bureaucracies to do something that's basically impossible," said Holtz-Eakin. "Find every American, determine their income.  Given their income, determine the subsidy for which they're eligible, send that subsidy in advance every month to the exchange in the state of their residence, and to the insurance plan of their choice."

Portman's letter to Burwell requests responses to more than two dozen questions on the income-verification systems, how they performed during the law's first year and whether any failings were resolved. Only the committee's Republican majority staff is involved in the inquiry, according to Portman. The chairman's letter asked HHS staff to respond by May 29.