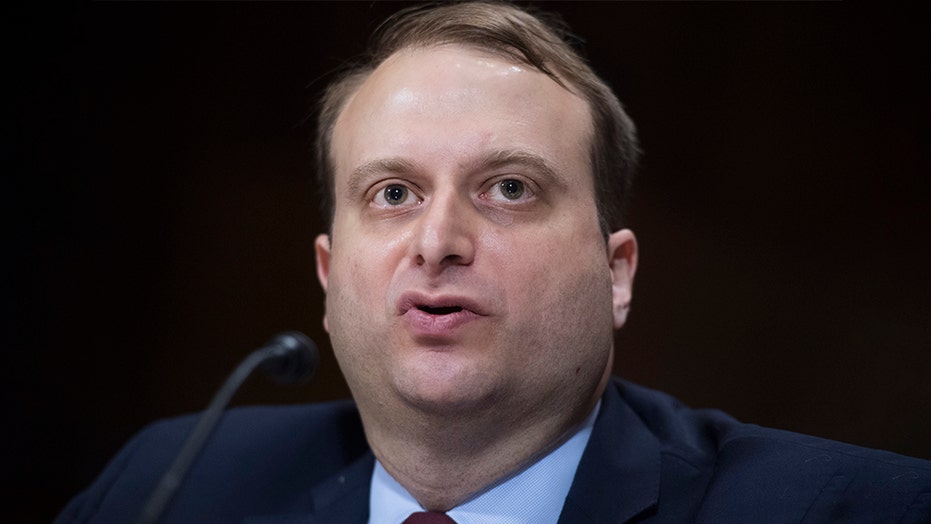 The Senate on Thursday voted to confirm Trump nominee Steven Menashi to a federal appeals court despite fierce opposition from Democrats.

Menashi, who will be seated on the Second Circuit Court of Appeals, was confirmed by a 51-41 vote. He had been criticized by liberals in Congress and in the media over accusations of a lack of professionalism and bias, though Menashi has said the attacks mischaracterize him and his writings.

"Mr. Menashi is one of the most contemptible nominees to come before the Senate in all my time in this body," Senate Minority Leader Chuck Schumer, D-N.Y., said on the Senate floor Thursday. "He would be a disgrace, a disgrace to the seat once held by the great Thurgood Marshall. Sitting before the Judiciary Committee, he refused to answer simple questions. He showed a breathtaking contempt for senators on both sides of the aisle. His record on race, women's equality, LGBTQ rights and the rights of immigrants should be disqualifying."

Menashi was grilled during a Senate Judiciary Committee hearing over his past writings and his work with the White House counsel’s office. A segment on Rachel Maddow’s MSNBC show discussed a law journal article Menashi wrote in 2010, titled "Ethnonationalism and Liberal Democracy." Maddow cited Menashi’s use of the term “ethnonationalism” to suggest he is aligned with white nationalists, alleging he's on the “fringe of racial thinking.”

"Mr. Menashi is a graduate of Dartmouth College and Stanford University Law School, he's accrued an impressive record in private practice and earned clerkships on the D.C. Circuit and with Justice [Samuel] Alito," McConnell said of Menashi this week. "I hope my colleagues will join me in advancing each of these nominations."

Conservatives, including Judicial Crisis Network policy director Carrie Severino, who co-authored "Justice on Trial," a book chronicling the confirmation of Justice Brett Kavanaugh, have stepped up to defend Menashi's record.

Severino wrote in the Washington Examiner last month that the criticism levied by Maddow is unfair because Menashi's take on Israel as a Jewish state that is also a democracy, "has roots in his family history. The nominee’s grandparents suffered anti-Semitism in Iraq and the former Soviet Union — his grandmother survived a pogrom in Baghdad — before emigrating to the United States, as did his in-laws, who were Soviet refugees."

Severino also wrote that other liberal attacks on Menashi for his college writings were baseless.

"Most people would be embarrassed to reread their musings from their teen and early adult years," she wrote. "But even as a young college student and recent graduate, Menashi managed to address divisive topics thoughtfully, respectfully, and fairly.

"It is merely because some of those arguments took conservative positions that he has been subjected to unrelenting and misleading attacks from biased news media."

The American Bar Association (ABA), which evaluates federal judicial nominees, rated Menashi as “Well Qualified,” its highest mark. That has not been the case for some other Trump judges confirmed by the Senate, like Judge Justin Walker, who was confirmed to the Western District of Kentucky last month.

"I find it hard to believe there's a shortage of experienced conservative attorneys and state court judges in Kentucky," he said.

Even as the Senate voted to confirm Menashi Thursday, Democrats continued to rail against the pick.

"The Senate is voting right NOW on Steven Menashi, one of the MOST extreme and LEAST forthcoming judicial nominees I have seen in my 45 years in the Senate," Sen. Patrick Leahy, D-Vt., tweeted. "His refusal to answer even basic Qs from both parties made a mockery of our constitutional duty to provide advice & consent."