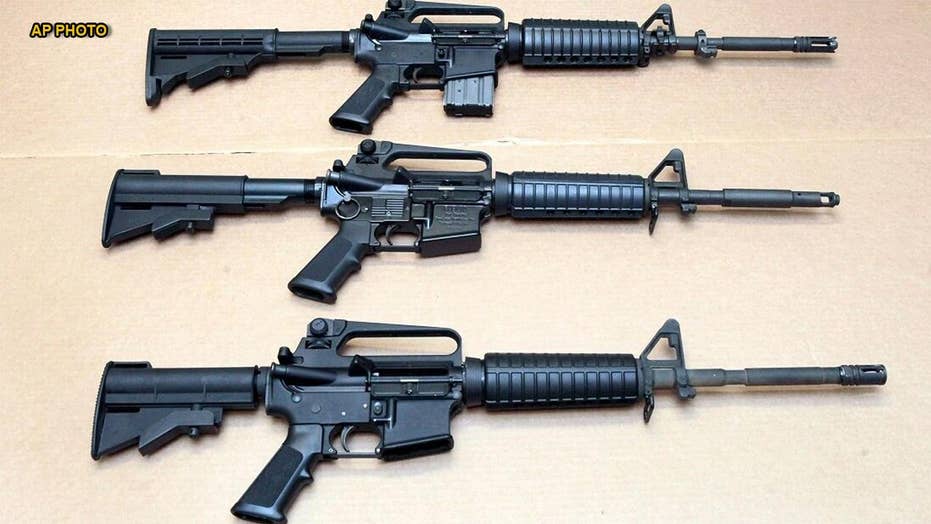 The Supreme Court is allowing families of the Sandy Hook massacre to proceed with a lawsuit against gun manufacturer Remington Arms. A survivor and relatives of nine victims of the Newtown, Conn., school shooting filed a wrongful death lawsuit against Remington in 2015 over its Bushmaster AR-15-style rifle, saying the company should have never sold such a dangerous weapon to the public and alleges it targeted younger, at-risk males in marketing and video games.

In an order released Tuesday, the Supreme Court allowed families of Sandy Hook victims to proceed with a lawsuit against gun manufacturer Remington Arms despite the company's claims that it was protected from liability by federal law.

Remington had petitioned the Supreme Court to reverse a March 2019 decision by the Connecticut Supreme Court, which ruled 4-3 that Remington could be sued under state law over its marketing practices, citing one of the few exemptions to the federal law.

The gunmaker argued that the state court's interpretation of the marketing exemption is, "intolerable given Congress's 'intention to create national uniformity'" with the federal law, the Protection of Lawful Commerce in Arms Act. "As the dissenters below noted, lawsuits like this one are precisely the kind the PLCAA was enacted to prevent."

In this photo provided by the Newtown Bee, Connecticut State Police lead a line of children from the Sandy Hook Elementary School in Newtown, Conn. on Friday, Dec. 14, 2012 after a shooting at the school. (AP Photo/Newtown Bee, Shannon Hicks, File)

Gunman Adam Lanza opened fire at the Newtown, Conn., school with a Bushmaster AR-15-style rifle on Dec. 14, 2012, killing 20 first-graders and six educators. The 20-year-old gunman earlier shot his mother to death at their Newtown home, and killed himself as police arrived at the school. The rifle was legally owned by his mother.

A survivor and relatives of nine victims filed a wrongful death lawsuit against Remington in 2015, saying the company should have never sold such a dangerous weapon to the public and alleging it targeted younger, at-risk males in marketing and product placement in violent video games.

Tuesday's order from the Supreme Court does not mean Remington or other gun manufacturers will face any immediate liability, but it does set the stage for potential court battles over whether or not the gun industry is responsible for the Sandy Hook massacre and potentially open the door to other suits in relation to other mass shootings or murders.

"The decision will have immediate and severe consequences, exposing the firearms industry to costly and burdensome litigation," Remington argued in its petition to the Supreme Court. "Thus, as a leading scholar on firearm-manufacturer liability has explained, the decision below will 'unleash a flood of lawsuits across the country,'" it continued, citing Timothy D. Lytton, a professor at the Georgia State University College of Law.

Three variations of the AR-15 rifle are displayed at the California Department of Justice in Sacramento, Calif.  (Associated Press)

Joshua Kosoff, a lawyer for the families' victims, applauded the Connecticut Supreme Court's ruling earlier this year when Remington made its plea to the U.S. Supreme Court, which has a newly refreshed conservative majority but refused to side with the gun industry Tuesday.

“Our state’s highest court has already ruled that the families deserve their day in court and we are confident that the U.S. Supreme Court will defer to that well-reasoned opinion,” Koskoff said in a statement.

The high court's denial of Remington's petition also does not mean it will be the tribunal's last word on the issue, as it often allows controversial issues to percolate in lower courts for years before weighing in. The Remington case could also make its way back to the Supreme Court on other grounds.

The case will now proceed in a lower state court.