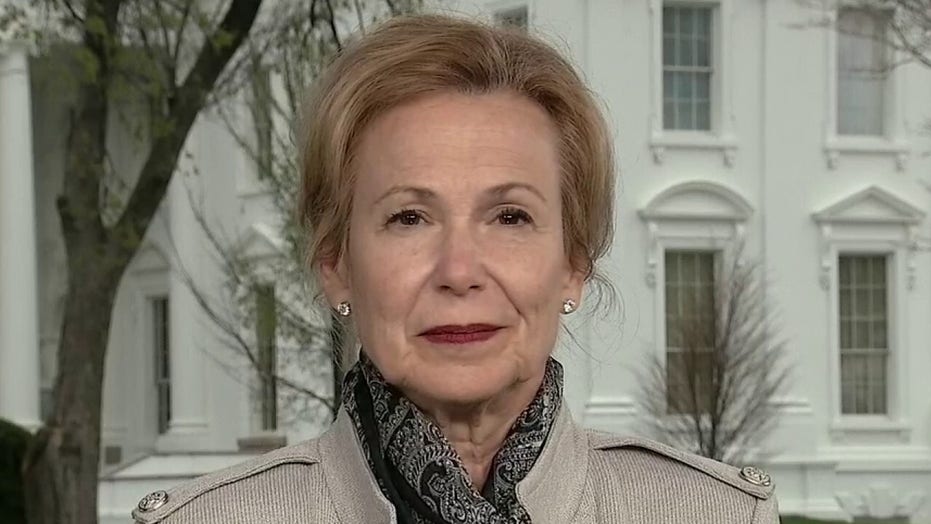 Dr. Deborah Birx on whether a federal shutdown of air travel is being considered: Everything is on the table

Senate Intelligence Committee Chairman Richard Burr, R-N.C., may have cashed in before the stock market was in free fall due to the coronavirus outbreak, according to a new report.

ProPublica alleged on Thursday that Burr "sold off a significant percentage of his stocks, unloading between $582,029 and $1.56 million of his holdings on Feb. 13 in 29 separate transactions" in filings listed in the U.S. Senate Financial Disclosures website as he was regularly being briefed on the rising threat of the virus.

A spokesperson for Burr told Fox News, "Senator Burr filed a financial disclosure form for personal transactions made several weeks before the U.S. and financial markets showed signs of volatility due to the growing coronavirus outbreak. As the situation continues to evolve daily, he has been deeply concerned by the steep and sudden toll this pandemic is taking on our economy. He supported Congress’ immediate efforts to provide $7.8 billion for response efforts and this week’s bipartisan bill to provide relief for American business and small families.”

This followed another report from NPR, which alleged that Burr warned "a small group of well-connected constituents" at a luncheon in late February about the potential impact of the virus, according to a secret recording of the conversation that was obtained.

"There's one thing that I can tell you about this: It is much more aggressive in its transmission than anything that we have seen in recent history," Burr said in the recording. "It is probably more akin to the 1918 pandemic."

Burr hit back at NPR's "tabloid-style hit piece" in a lengthy Twitter response.

"In a tabloid-style hit piece today, NPR knowingly and irresponsibly misrepresented a speech I gave last month about the coronavirus threat," Burr said. "This lunch was hosted on Feb. 27 by the North Carolina State Society. It was publicly advertised and widely attended. NPR knew, but did not report, that attendees also included many non-members, bipartisan congressional staff, and representatives from the governor’s office."

The Senate Intel chair dismissed the notion that the North Carolina State Society is a "high-dollar donor group" and refuted the suggestion that he and other Republicans, including President Trump, were not publicly taking the virus outbreak seriously at the time.

"COVID-19 is a rapidly evolving situation. To know if we’ve been successful in stemming it, we have to keep an accurate accounting of our nation’s response. Purposefully misleading listeners for the sake of a 'narrative,' like NPR has done, makes us less safe," Burr concluded.

Sen. Kelly Loeffler, R-Georgia, also reportedly sold millions in stock before the virus tanked the market. According to The Daily Beast, she and her husband sold jointly-owned stock during the January 24-February 14 time period worth between $1,275,000 and $3,100,000.

Loeffler did not immediately respond to Fox News' request for comment.