The Daily Beast reported Thursday that Loeffler sold stock that was owned by her and her husband on Jan. 24, the same day she sat in on a closed-door coronavirus briefing as a member of the Senate Health Committee with the Trump administration, with Dr. Anthonly Fauci in attendance.

According to the report, she sold stock in Resideo Technologies "worth between $50,001 and $100,000." The company's stock price "has fallen by more than half" since January.

In addition, 27 out of 29 transactions in February by her and her husband were sales. One stock purchase was in a company called Citrix, a teleworking software company, and was worth between $100,000 and $250,000. The company's stock, as The Daily Beast noted, had seen a bump since the virus outbreak grew.

Her husband, Jeffrey Sprecher, is chairman of the New York Stock Exchange.

Loeffler slammed the "ridiculous and baseless attack" in a pair of late-night tweets. 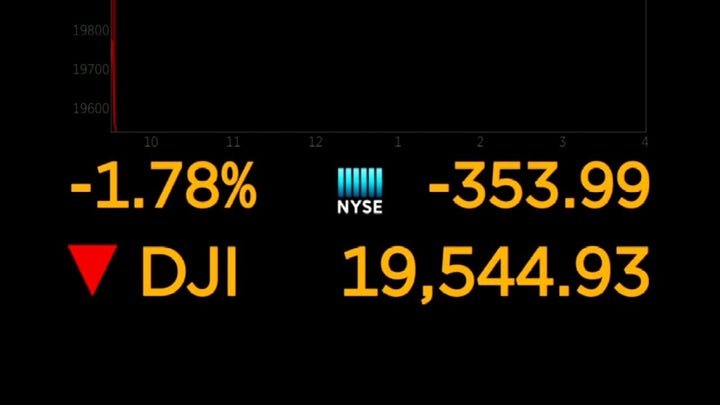 Loeffler isn't the only GOP senator who sold stock before the market tanked this month. According to ProPublica, Senate Intelligence Committee Chairman Richard Burr, R-N.C., "sold off a significant percentage of his stocks, unloading between $582,029 and $1.56 million of his holdings on Feb. 13" in 29 separate transactions in filings listed in the U.S. Senate Financial Disclosures website as he was regularly being briefed on the rising threat of the virus.

A spokesperson for Burr told Fox News, "Senator Burr filed a financial disclosure form for personal transactions made several weeks before the U.S. and financial markets showed signs of volatility due to the growing coronavirus outbreak. As the situation continues to evolve daily, he has been deeply concerned by the steep and sudden toll this pandemic is taking on our economy. He supported Congress’ immediate efforts to provide $7.8 billion for response efforts and this week’s bipartisan bill to provide relief for American business and small families.”