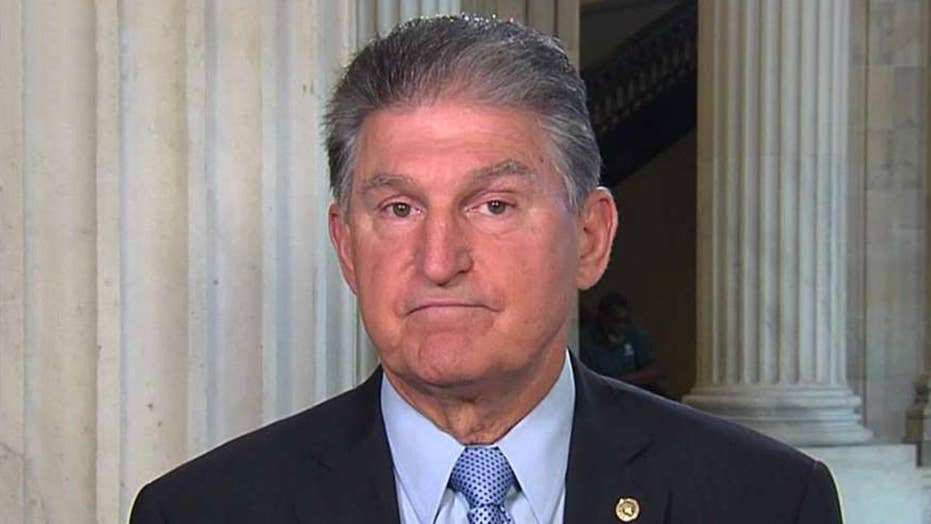 Sen. Joe Manchin, D-W.V., has argued that philanthropist Michael Bloomberg's new carbon initiative would "punish" his constituents and fail to combat climate change in the way it intends to.

Bloomberg announced on Friday a $500 million donation to his Beyond Carbon initiative, which seeks to shut down at least one-third of the country's coal plants in favor of clean energy. Sen. Manchin responded to the news during a Wednesday appearance on "Fox & Friends" by questioning why Bloomberg would take away from the people of his state, who have "answered the call for this great country so many times."

"I told Mayor Bloomberg, why don't you use that $500 million to respect the dignity of the work these miners have done?" he said. "Help us get the pension plan I can get Mitch McConnell to move off of, give them the pension plan they've earned."

After that's taken care of, Manchin said, the United States should begin to follow in the footsteps of other countries, creating bipartisan solutions to climate change and developing new technology to utilize the fossil fuels we already have.

"Asia, India and China are using more coal-fired plants than ever. By 2040 they will be 50 percent dependent on coal and we have to find that technology," Manchin said.

"The markets will change. People migrate to the cheapest form of energy, but now you need dependable energy. Fossil gives you that -- we use it cleaner and we can even do much more," he continued.

Manchin went on to discuss the Green New Deal, which he said is "not a practical approach," but expressed support for former United States Secretary of Energy Ernest Moniz's proposal for a "Green Real Deal." In an op-ed for CNBC, Moniz argued in favor of innovation in technology which will change the way we consume energy, promoting the use of electrification, renewable gas and utilization of carbon dioxide.

Most importantly, Manchin concluded, it's imperative that we stop politicizing climate change and impress upon our citizens and those worldwide about the very real consequences it has.

"We are the only nation that makes climate change a political divide. No other country. They are moving the technology innovation -- not elimination," he said.

"I'm going to try to work with both sides to bring it together and use a practical approach," Manchin added.