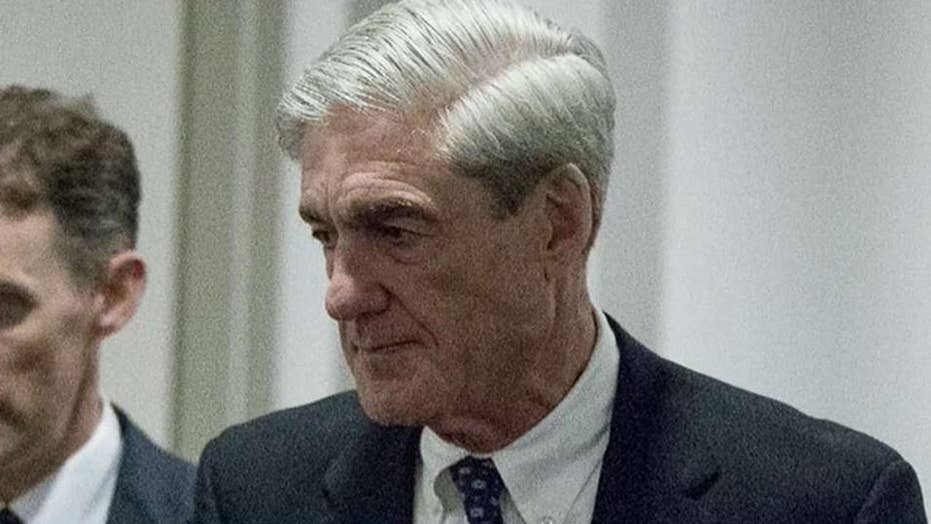 'Watergate Road Map' could give guidance to Mueller probe

Highly secretive documents finally released Wednesday, including a draft of a would-be criminal indictment against former President Richard Nixon, could provide guidance for Special Counsel Robert Mueller's investigation into President Trump, according to a group of legal analysts that sued to unearth the materials.

Specifically, the materials from Nixon special prosecutor Leon Jaworski are strikingly sparse and predominately factual, which could counsel Mueller against issuing long-winded legal conclusions or opinions. And the documents have largely been kept out of the public eye for decades, avoiding the political spectacle of the report released by independent counsel Ken Starr decades later, after his investigation of former President Bill Clinton.

Stephen Bates, who worked for Starr, and legal bloggers Jack Goldsmith and Benjamin Wittes won their battle to force the National Archives to unseal the so-called "Watergate Road Map" and its related documents last month in the U.S. District Court for the District of Columbia, as they argued that the materials had significant political implications today that overrode any government interest in keeping them secret.

"As Mueller reportedly contemplates writing a 'report' on possible presidential obstruction of justice, there are two models available to him to the extent that he is contemplating an impeachment referral of some kind," the three analysts wrote on their blog in September. "One of those, the Starr Report, is well-understood and regarded by many commentators in a negative light. The other, the Road Map, remains secret more than 40 years after its transmission to Congress. Few people have even heard of it."

The salacious Starr report, released in September 1998, became both a political football and wrecking ball upon its release, with critics charging that it was an overtly political document. The beginning of the report contained something of a disclaimer, noting that "many of the details" contained inside "reveal highly personal information; many are sexually explicit. This is unfortunate, but it is essential."

"The document is ... keenly relevant to current discussions of how Mueller should proceed."

But unlike the Starr report, the low-key Watergate Road Map is "almost entirely non-argumentative," the writers posted on Lawfare late Wednesday. "In this regard it is a world away from the Starr Report, which laid out a lengthy narrative and then included a set of legal interpretations arguing that the facts reported might be grounds for impeachment. The Road Map entirely lacks a thesis."

The legal analysts argued that the Watergate Road Map could offer insight into the ongoing legal debate as to whether a president constitutionally could be charged with obstruction of justice at all, as well as whether it would be appropriate under the special counsel statutes for Mueller to issue a public or confidential report on his findings -- should he issue a report at all.

"The document is ... keenly relevant to current discussions of how Mueller should proceed," Bates, Goldsmith, and Wittes added. "It is possible that it is even relevant to discussions taking place within the Mueller investigation itself."

The key takeaways for Mueller, the three legal analysts wrote after reviewing the Watergate Road Map: "First, less really is more. The document is powerful because it is so spare; because it is trying to inform, not to persuade; because it utterly lacks rhetorical excess."

Next: The "Road Map is extremely careful not to do — or seem to do — Congress’s job for it," they added. "[T]he Road Map simply gave Congress information to use as members saw fit and assiduously avoided instruction or didactic messaging as to how to put that information to use."

And finally: "The Road Map teaches an important lesson about restraint. ... Leon Jaworski wrote a meticulous 55-page document that contains not a word of excess. He transmitted it to Congress, where it did not leak. It is powerful partly because it is so by-the-book. Kind of like Bob Mueller." (Unlike the Starr report, which was written from the prosecutor's perspective, the Watergate Road Map released Wednesday is not written in Jaworski's voice. Instead, it is a court document, like the indictment.) 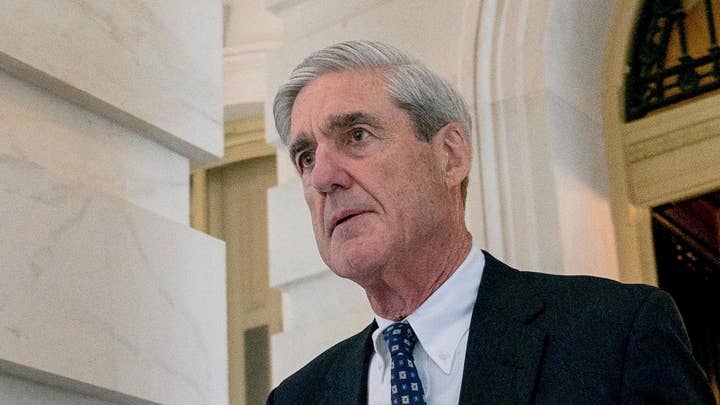 The records in the Watergate Road Map initially were provided to Congress under seal 45 years ago, on the order of federal appellate Judge John Sirica, after special prosecutor Jaworski argued he theoretically had enough evidence for criminal charges again Nixon, even though the Constitution seemingly did not permit a sitting president to face a criminal indictment.

The draft indictment against Nixon contained charges of bribery, conspiracy, obstruction of justice and obstruction of a criminal probe -- and seven Nixon aides who were charged later were similarly hit with obstruction counts.

The indictment, which included in the top-right corner a handwritten notation that it was a "draft," read: “[F]rom on or about March 21, 1973…Richard M. Nixon unlawfully, willfully and knowingly did combine, conspire, confederate and agree together and with co-conspirators... to commit bribery... obstruct justice... and obstruct a criminal investigation.”

However, prominent legal analysts, including Harvard professor emeritus Alan Dershowitz, as well as the Justice Department's Office of Legal Counsel, have long argued that a sitting president cannot be indicted -- even if he commits a crime.

"The grand jury was able to discern that Nixon himself was a criminal, and the only reason that they did not indict him is because there was a question of whether or not a sitting president could be indicted," University of Virginia Miller Center historian Ken Hughes said in an interview.

Speaking to Fox News' "The Ingraham Angle" exclusively on Monday, President Trump voiced his continued frustration with Mueller's probe, which he has long called a partisan "witch hunt" led by Democratic lawyers upset that he had won the 2016 presidential election. However, he also indicated that he might offer some cooperation as the investigation appears to wind down.

"It’s ridiculous that I have to do anything, because I didn’t do anything, but yes, we will probably do something, yes we will respond to questions," Trump told host Laura Ingraham.