WASHINGTON -- National Public Radio's interim president and CEO said Thursday she is fully confident the organization's leadership team and said those who think their news coverage is biased would change their minds simply by listening to its programming.

The new video includes recordings of phone conversations between NPR executive Betsy Liley and an activist posing as a member of a phony group with ties to the fundamentalist Muslim Brotherhood. The two discuss the logistics of a potential $5 million donation from the group to NPR and the ways in which it could be kept anonymous and shielded from government scrutiny.

NPR says it never came close to accepting the money because the phony group did not meet its standards for potential donors. Liley has been placed on administrative leave.

Liley says in the video that Schiller and Slocum, then NPR's general counsel, were aware of the potential $5 million donation from the group, which called itself the Muslim Education Action Center and said on its website that its goal was "to spread acceptance of Sharia across the world."

The latest controversy involving NPR -- which also drew widespread criticism for last year's firing of analyst Juan Williams -- comes amid the most serious threat yet to federal funding for public broadcasting.

NPR has long been targeted by conservatives over a perceived liberal bias in its programming. For some, the video of former executive Ron Schiller -- who calls tea party Republicans racist, xenophobic and anti-intellectual -- confirmed those suspicions. Ron Schiller is not related to Vivian Schiller and has resigned as NPR's top fundraiser.

Ron Schiller also said in the video that NPR would be better off without federal funding. Many Republicans in Congress agree. The House has voted to cut all funding for the Corporation for Public Broadcasting, which is getting $430 million in the current fiscal year. Democrats in the Senate and President Barack Obama favor continued funding for CPB.

NPR has disavowed Schiller's comments and noted that he was not involved in newsgathering.

"I think if anyone believes that NPR's coverage is biased in one direction or another, all they need to do to correct that misperception is turn on their radio or log onto their computer and listen or read for an hour or two," Slocum told AP. "What they will find is balanced journalism that brings all relevant points of view to an issue and covers it in depth so that people understand the subtlety and the nuance."

Slocum said she did not expect to make major changes to NPR's newsgathering or fundraising efforts. She said the fight for federal funding would continue by "telling the story of the value of public broadcasting to the American public."

Federal grants account for about 2 percent of NPR's $161 million budget, but many small NPR member stations receive 40 percent or more of their funds from the government. Those stations would likely go dark if Congress cuts off funding for the Corporation for Public Broadcasting.

Slocum, who was involved in the vetting of the phony Muslim group, also defended NPR's process for evaluating potential donors.

"They repeatedly made the offer and we repeatedly rejected the offer because they hadn't met the threshold of what we require through our vetting process," Slocum said. "I think the process worked. There's always room for improvement."

In the phone calls included in the video released Thursday, Liley repeatedly asks activist Simon Templar, who posed as a trustee of the Muslim group, to sign a written agreement that lays out the terms of the potential gift. She indicates that Slocum and Vivian Schiller were aware of the offer and that NPR's legal department routinely investigates the organizational structure of nonprofits that donate to NPR.

She also discusses instances in which NPR has turned down donations. Asked whether NPR was considering rejecting the gift, Liley says, "No no no no no. ... I didn't mean to infer anything."
Liley also says that keeping the gift anonymous would shield it from government audits.

"The statement made by Betsy Liley in the audio tapes released today regarding the possibility of making an anonymous gift that would remain invisible to tax authorities is factually inaccurate and not reflective of NPR's gift practices. All donations -- anonymous and named -- are fully reported to the IRS," NPR said in a statement.

Vivian Schiller was heavily criticized for firing Williams after he said on Fox News that he feels uncomfortable when he sees people in "Muslim garb" on airplanes. She later admitted the firing was handled badly but did not apologize for sacking Williams.

O'Keefe is best known for hidden-camera videos that ultimately brought down the community-organizing group ACORN. He also made headlines when he pleaded guilty to a misdemeanor last May after he was accused of trying to tamper with the phones in Sen. Mary Landrieu's office in New Orleans. Through a publicist, he has declined repeated interview requests. 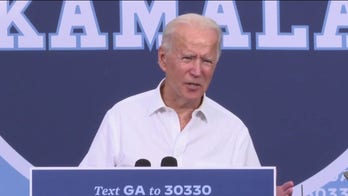