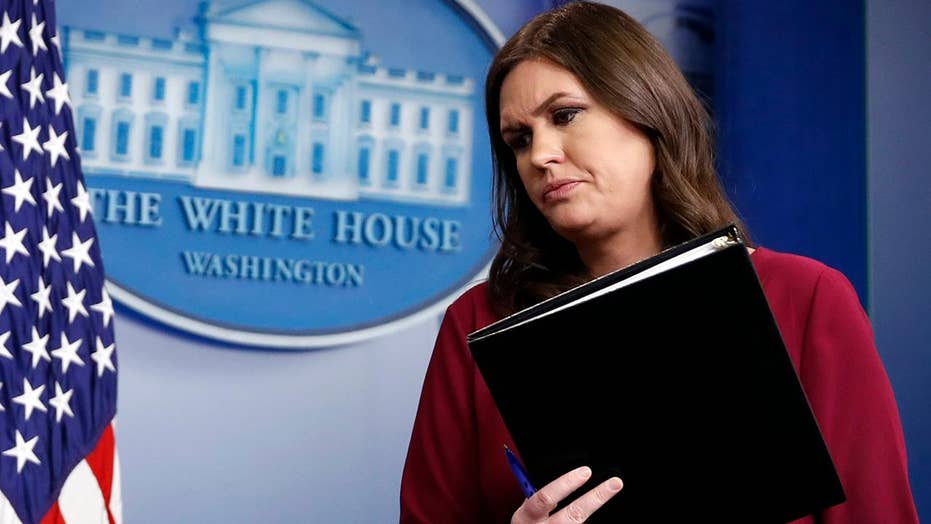 Acosta told Sanders that journalists make “honest mistakes” but that doesn’t make them “fake news” before attempting a question. Sanders quickly cut him off.

“I’m not taking another question from you.”

“When journalists make honest mistakes, they should own up to them. Sometimes, and a lot of times, you don’t,” Sanders said as Acosta tried to interrupt.

“I’m sorry, I’m not finished,” she said. “There is a very big difference between making honest mistakes and purposefully misleading the American people... you cannot say it’s an honest mistake when you’re purposely putting out information you know is false.”

Acosta then asked Sanders to cite a specific story that was intentionally false.

“Sure. The ABC report by Brian Ross,” Sanders said, referring to a recent embarrassing correction ABC News issued after Ross botched a bombshell “exclusive” about retired general Michael Flynn that resulted in the reporter being suspended.

CNN’s Acosta should have stopped when he had the chance, as Sanders didn’t pick one of his network’s recent blunders to use as her example. However, Acosta tried to continue the conversation with repeated attempts to interrupt the press conference.

“Jim, I’m gonna say once and for all that I’m moving on,” Sanders said. “I’m not taking another question from you.”

CNN had to issue its own correction on Friday after The Washington Post debunked the network's report claiming the Trump campaign had early, secret access to hacked DNC emails from WikiLeaks. The network on Friday inaccurately trumpeted that Congressional investigators obtained a mysterious 2016 email that was sent to Trump and other top aides, including Donald Trump Jr., which contained information on how to get a sneak peek at hacked information that WikiLeaks had acquired. The email, as CNN reported, offered a “decryption key” to access the files – but the network botched the date on the email, rendering the entire report irrelevant.

On Monday, CNN backtracked a report from earlier this year that faulted Attorney General Jeff Sessions for failing to reveal meetings he had with Russian officials when he applied for his security clearance – a disclosure he wasn’t required to make. CNN also was widely mocked on Monday morning for a segment on Trump’s soda intake amid unfolding breaking news related to the terror attack in New York City.

President Trump has pointed directly at Acosta and said, “You’re fake news,” at past news conferences.