Harris had gone to the Hamptons over the weekend, where she told attendees at a campaign event that she has “not been comfortable” with Sanders' health care plan, even though she initially co-sponsored it. Sanders made it clear that for decades he has been consistent in his approach to health care.

“I don't go to the Hamptons to raise money from billionaires,” Sanders tweeted. “If I ever visited there, I would tell them the same thing I have said for the last 30 years: We must pass a 'Medicare-for-all' system to guarantee affordable health care for all, not just for those who can afford it.”

Despite her previous support for Sanders’ plan, Harris now endorses having a private option for those who wish to continue with their current insurance plans.

“I have not been comfortable with Bernie’s plan, Harris said at the East Hampton event hosted by film executive Jamie Patricof, according to Bloomberg. She distanced herself from the democratic socialist wing of her party by saying she “still believe[s] in capitalism,” despite claiming that “capitalism is not working for most people.” 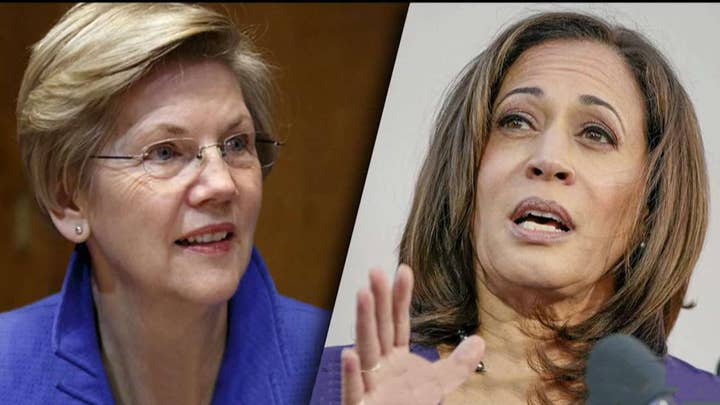 JILL BIDEN TO VOTERS: YOU MAY HAVE TO ‘SWALLOW A LITTLE BIT’ WITH MY HUSBAND SO WE CAN BEAT TRUMP

Sanders is not the only one staying away from the opulent New York region. Sen. Elizabeth Warren, D-Mass., is also opting not to raise money from wealthy benefactors at this time, Bloomberg noted.

Warren was also the target of a barb Monday, not from Sanders himself, but from a prominent supporter at one of his campaign events.

Actress Susan Sarandon was introducing Sanders at an Iowa ice cream social when she said, “He is not someone who used to be a Republican,” Politico’s Holly Otterbein reported. The actress did not name names, but Warren was registered as a Republican in the mid-1990s.