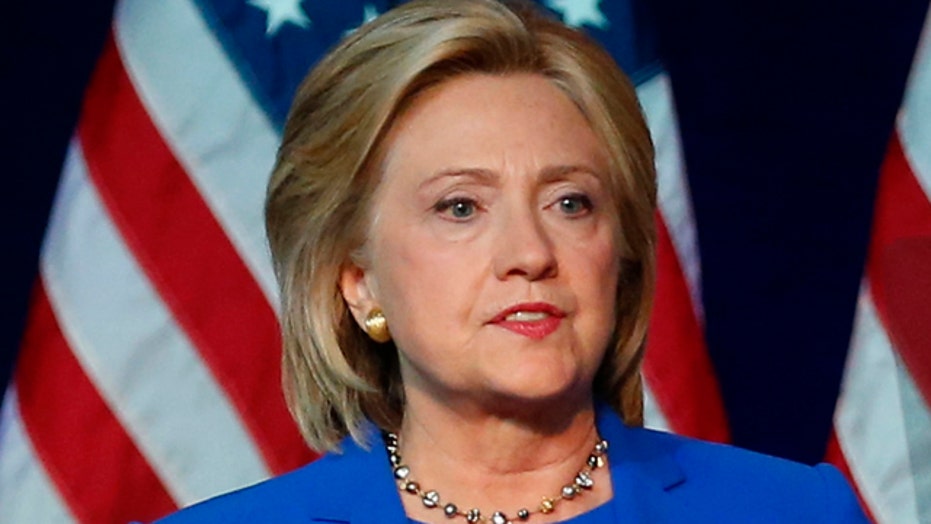 Vermont Sen. Bernie Sanders is continuing to gain on Hillary Clinton in Iowa, and is now within 7 points of the frontrunner in the Democratic presidential race, according to a newly released poll.

Clinton remains the first choice of 37 percent of likely Democratic caucus-goers, while Sanders is the pick for 30 percent, according to the Des Moines Register/Bloomberg Politics Iowa Poll released Saturday.

"It looks like what people call the era of inevitability is over,” said Pollster J. Ann Selzer, president of Selzer & Co., which conducted the poll. “[Clinton] has lost a third of the support that she had in May, so anytime you lose that much that quickly it’s a wake-up call."

This is the first time the former secretary of state has seen her support fall under 50 percent among Democrats. The most recent Iowa Poll in May had Clinton leading the field with 57 percent, Sanders at 16 percent and Biden at 8 percent.

"What this new poll shows is that the more Iowans get to know Bernie, the better they like him and what he stands for," Sanders' spokesman Michael Braggs said. "We've seen the same thing in New Hampshire and across the country."

Vice President Joe Biden remains a choice among caucus-goers, even though he has yet to decide if he plans to run. Biden captured 14 percent of the vote, way ahead of candidates Martin O’Malley with 3 percent, Jim Webb at 2 percent, and Lincoln Chafee at 1 percent.

Biden also has the highest favorable rating among the field at 79 percent, compared with 77 percent for Clinton and 73 percent for Sanders.

Sanders’ poll numbers are also being buoyed by a group of voters similar to the ones attracted to President Obama in 2008: young people, liberals and first-time caucus-goers. In the latest poll, Sanders draws 50 percent of the support of those under the age of 45, well above Clinton’s 27 percent and Biden’s 8 percent.

While Clinton’s support has continually dropped among Iowa caucusgoers from 56 percent in January to 37 percent in the latest poll, Steve McMahon, a Virginia-based Democratic strategist told the Des Moines Register, "it's still early, and Hillary Clinton's done this before. She knows what it takes to win."