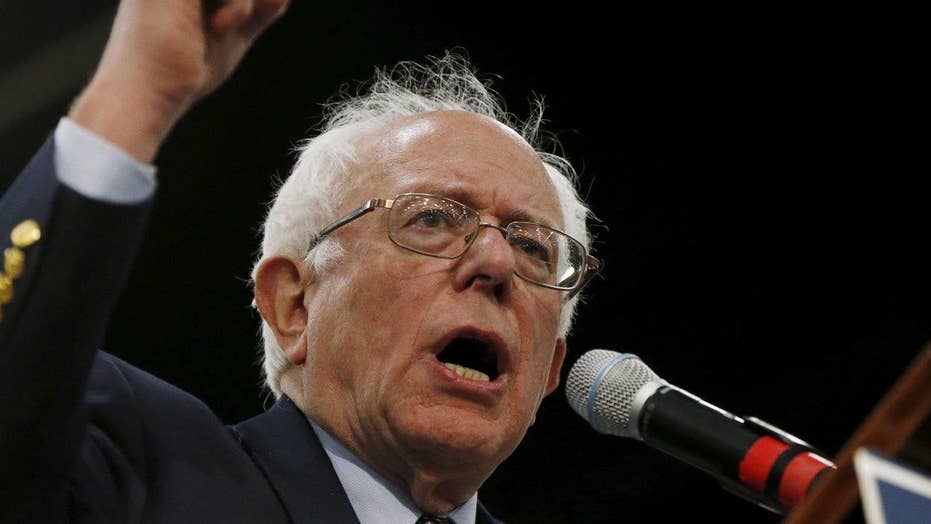 In Illinois, one of five states holding primaries on Tuesday, a fresh CBS News poll even shows Sanders ahead of Clinton by 2 points.

The story is the same across the Midwest.

In Ohio’s primary, polls show Clinton leading by an average of just 6 percentage points, down from a high of 30 just a few weeks ago. In Missouri, too, Sanders has decidedly closed the gap.

Clinton might be feeling the pressure. Ahead of Tuesday’s primaries, the Clinton campaign scrambled to clarify comments made the night before in a CNN town hall – where she seemed to predict the demise of coal jobs that many workers in states like Ohio and Illinois rely upon.

At the town hall, she said, “I'm the only candidate which has a policy about how to bring economic opportunity using clean renewable energy as the key into coal country, because we're going to put a lot of coal miners and coal companies out of business.”

As Republicans seized on the remarks, her campaign put out a statement stressing that, “Coal will remain a part of the energy mix for years to come” and Clinton’s plan would also safeguard workers’ retirement and health benefits.

Spokesman Brian Fallon said “no candidate in this race is more devoted to supporting coal communities than Hillary Clinton” and “any suggestions otherwise are false."

The latest polling reflects Sanders’ apparent surge in Midwestern and Rust Belt states, possibly propelled by last week's stunning upset of Clinton in the Michigan primary. The territory is proving to be a potential stronghold for the still-underdog self-professed Socialist senator, even as Clinton locks down traditional Democratic support across the South.

Clinton still is favored to win two other Democratic contests Tuesday, in Florida and North Carolina, where polls show her holding tight to a double-digit lead.

But Sanders is concentrating his efforts on the three Midwestern states. His schedule Monday takes him from Ohio to North Carolina, and then back to Missouri before wrapping the night with a rally in Chicago.

Illinois is emerging as a battleground of sorts, with Clinton campaigning in the state earlier in the day, before holding a rally in Charlotte, N.C., Monday night.

In total, 691 delegates are at stake in the Democratic contests on Tuesday. Sanders was able to stave off predictions of his bid’s demise with his upset win last week in Michigan, and sees the potential to further erode Clinton’s edge on Tuesday.

At the same time, Clinton appears well-positioned to win the largest contest on the map Tuesday, Florida’s primary -- worth 214 delegates.

Another big factor in the Florida race is absentee and early voting. According to figures as of Monday morning, nearly 370,000 have voted early in the Democratic contest, and more than 480,000 have voted absentee.

If nothing else, Sanders threatens to keep Clinton locked in a competitive race for weeks longer, even as she nears the number of delegates needed to clinch the nomination.

Clinton aides insist there's little they will do to push Sanders from the race, but they are beginning to show signs of impatience with what they perceive as the increasingly negative tone of his campaign.

"We would like to wrap it up as soon as possible," Clinton communications director Jen Palmieri said hours before Sanders' startling victory in Michigan last week. "You don't want to let them have a head start on the general."

Clinton and her allies had hoped to switch much of their focus to the general election after Tuesday's primary contests, but that plan was thrown into doubt after her loss in Michigan.

Aides acknowledge upcoming contests in Ohio, Missouri and Illinois look tighter than they did just days ago, forcing them to keep focus on the primary despite a sizable advantage among the delegates that determine the nomination.

Victories on Tuesday would give Sanders fresh momentum and grant him months to continue criticizing Clinton's positions on issues that Trump wants to focus on in November.

At the same time, Clinton carries an edge of more than 200 pledged delegates into Tuesday's contests in Florida, Ohio, North Carolina, Illinois and Missouri and could effectively foreclose Sanders' path to victory with a sweep of the large states.

While the delegates will be awarded proportionately, Clinton's support with superdelegates -- elected officials and party leaders free to back whomever they'd like -- puts her in a strong position to win the nomination.

According to an Associated Press analysis, Clinton holds 1,231 of total delegates, more than half the amount needed to clinch the nomination. Sanders has 576.