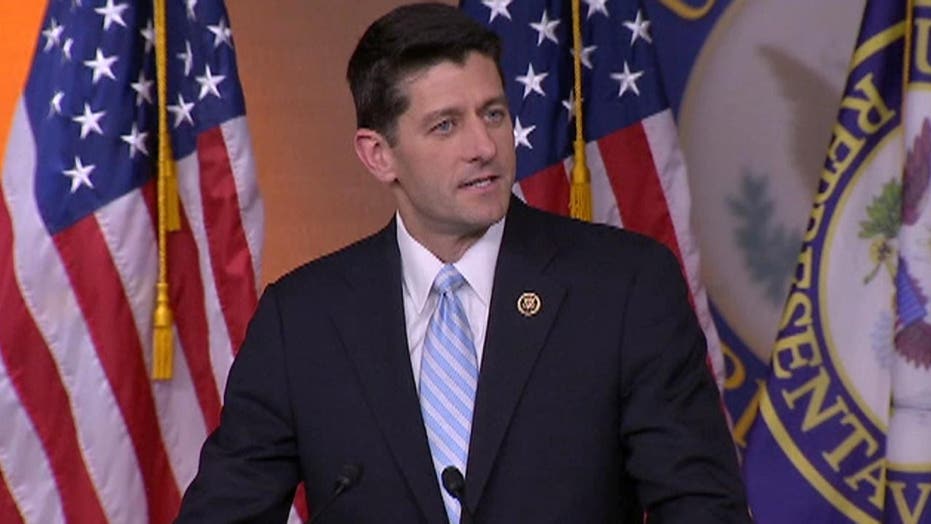 Wisconsin Rep. Paul Ryan told House Republicans Tuesday he would run for speaker if he gets broad support from all wings of the party and gave colleagues until Friday to express their views.

Speaking to reporters after a closed-door meeting with colleagues, Ryan said he had “made a few requests for what I think is necessary” and said he’d asked to hear back from them by the end of the week.

“What I told the members is if you can agree to the requests, and if I can be a truly unifying figure, I’ll serve,” Ryan said. “And if I’m not a unifying force, that will be fine as well. I’m happy to stay where I am.”

Saying the country was “in desperate need for leadership,” Ryan added, "My greatest worry is the consequence of not stepping up. Of some day having my own kids ask me, when the stakes were so high, 'Why didn’t you do all you could? Why didn’t you stand and fight for my future when you had the chance?"

At the same time, Rep. Jason Chaffetz of Utah said in a tweet he was dropping out of the race for speaker in favor of Ryan.

“I am out and supporting @RepPaulRyan for Speaker. Right person at the right time,” he tweeted.

Ryan, 45, the GOP's 2012 vice presidential nominee, had consistently said earlier he did not want to be speaker and would prefer to stay on as chairman of the tax-writing Ways and Means Committee, which he's described as his dream job.

Outgoing House Speaker John Boehner, R-Ohio, told Fox News’ Bret Baier Tuesday that he thought Ryan “would be a great speaker” and “has the skills to do this job.”