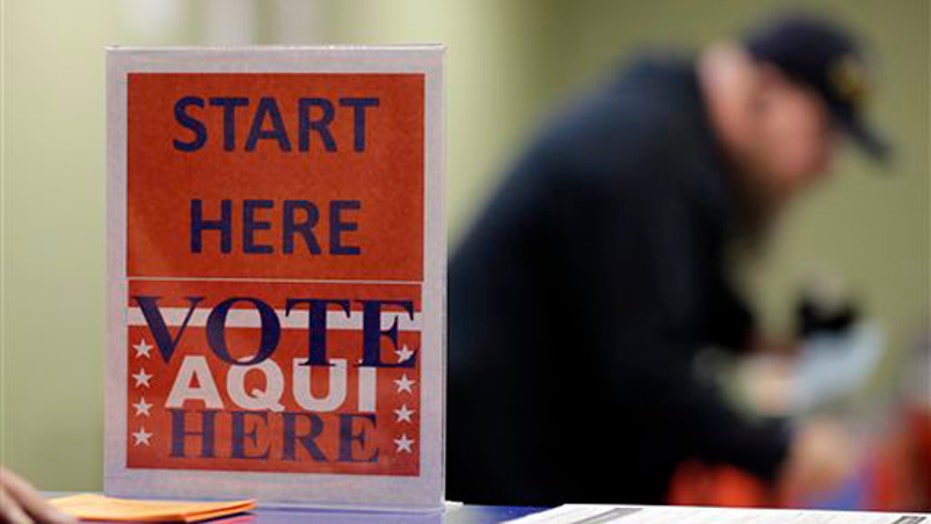 Control of Senate may not be decided until 2015

Yogi Berra once said “It’s déjà vu all over again,” and some political analysts say his malapropism could apply to this year’s midterm Senate elections. 2014, they warn, could look a lot like the aftermath of the 2000 presidential election.

That’s because in two of the most important -- and closest -- races, Louisiana and Georgia, a candidate must reach a threshold of 50 percent on election night to claim victory. If they don’t, the race goes to a runoff.

Here’s where it gets really interesting. The Louisiana runoff is Dec. 6. But the runoff in Georgia isn’t until Jan. 6. That’s three days after the 114th Congress is scheduled to begin. If control of the Senate rides on these runoffs – and it well could -- the country could be in for another long and ugly battle for political supremacy.

“If we have runoffs in Louisiana or Georgia or both, and the balance in the Senate is on the line, it’s going to be a donnybrook beyond anything we have ever seen,” said Democratic strategist and Fox News contributor Joe Trippi. “I think it could get into the hundreds of millions of dollars in huge fights.”

The ‘nightmare’ scenario could come to pass if the general election ends up with Republicans and Democrats split at 49 Senate seats apiece, or if Republicans lead 50-48, and both Louisiana and Georgia go to runoffs. In that case, the two political parties, outside groups and PACs funded by billionaires will bring all of their firepower to bear on the Pelican and Peach states.

“Louisiana and Georgia will turn into the center of the American political universe,” said the University of Virginia’s Larry Sabato. “If control of the Senate depends on the outcome of the races in Louisiana and Georgia, there will be a bloodbath.”

So what are the chances that Louisiana and Georgia won’t be decided on election night? If history is any guide, the likelihood is high. In Louisiana, Nov. 4 is a so-called "jungle primary," meaning all candidates who want to run face off on the ballot. The top candidates are incumbent Democratic Sen. Mary Landrieu, Republican Rep. Bill Cassidy and Tea Party-aligned candidate Rob Maness. While Cassidy leads in a head-to-head matchup in the polls, Maness is expected to pull enough Republican votes to keep Cassidy from crossing the 50 percent threshold. Similarly, Landrieu is widely expected to fall short. In 2002, she narrowly won a second term in a runoff.

In Georgia, 2014 could look a lot like 2008, when it took a runoff for outgoing Sen. Saxby Chambliss to reclaim his seat. The latest polls have Republican candidate David Perdue and Democrat Michelle Nunn running neck-and-neck. Libertarian candidate Amanda Swafford looks to pull off about 5 percent of the vote. Analysts believe a runoff in Georgia this year is looking more and more likely.

Why the two-month wait in Georgia? It’s because under Georgia law, military and absentee voters must be allowed 45 days from the time they receive their ballot to turn it in. Because of the Christmas holidays, the first feasible date for a runoff under those rules is Jan. 6. But different rules apply for local and state offices. The runoff for those races is Dec. 2. So Georgia will have two runoffs -- one Dec. 2 and one Jan. 6. If it all seems a little confusing, that’s because it is.

“Personally, I think the Georgia system is insane,” Sabato told Fox News. “Who designed this system? It just makes no sense. And for voters, it’s got to be frustrating.”

As for which party would prevail in a runoff, Republican strategist and Fox News contributor Karl Rove says Republicans have a natural advantage.

“The bad news for Democrats is that these states have historically been better for Republicans in runoffs,” Rove told Fox News. “And the kind of people who turn out in runoffs tend to be more conservative, and older and more Republican-oriented.”

But, Rove concedes, if Democrats lead in the Senate count heading into the runoffs with, say, a 50-48 advantage, the playing field may tilt their way.

One thing seems certain. If control of the Senate rests on a runoff campaign, the ghosts of the 2000 election may come back to haunt voters. It could, indeed, be déjà vu all over again.