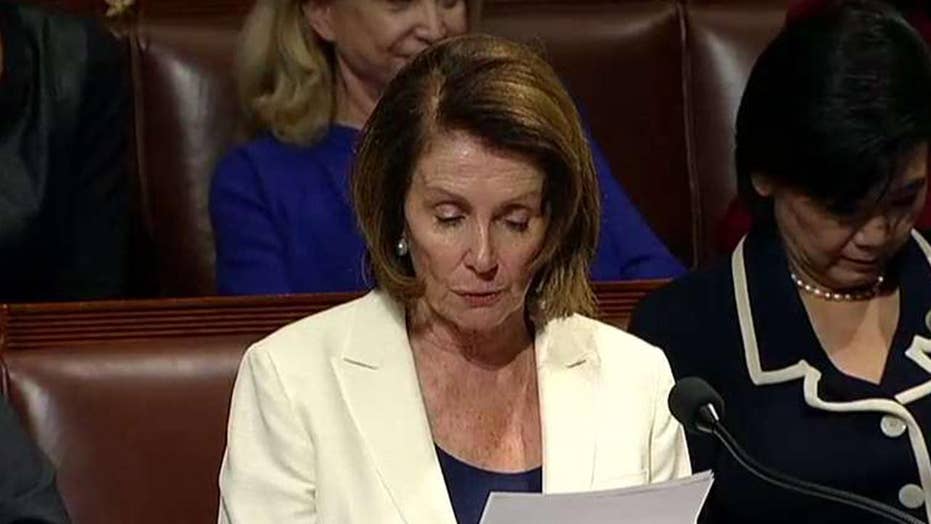 Members of Congress on Thursday were almost compelled to relive House Minority Leader Nancy Pelosi’s marathon floor speech from the night before, over a procedural glitch.

This played out when the House was taking an otherwise routine vote to approve the “Journal,” or the record of the prior day’s proceedings.

But on Thursday, a number of Republicans voted against approving the record – because they didn’t want to approve the eight-hour, record-breaking speech by Pelosi in which she railed against budget talks that didn’t include a firm commitment to address ‘dreamers,’ young illegal immigrants who came to the U.S. as children.

The GOP objections to the Journal, though, could have caused a problem – the House can’t move on to other business without approving that log.

Failure to approve the Journal would have triggered a vote to, in turn, require the entire document – including Pelosi’s eight-hour presentation in full – to be read aloud in the chamber.

Doing so could have, in turn, sidelined vital votes on a budget plan to avert a looming government shutdown.

But cooler heads prevailed on the House floor. The House voted to approve the Journal 208-194, with two members voting present. A total of 96 Republicans and 98 Democrats voted nay.