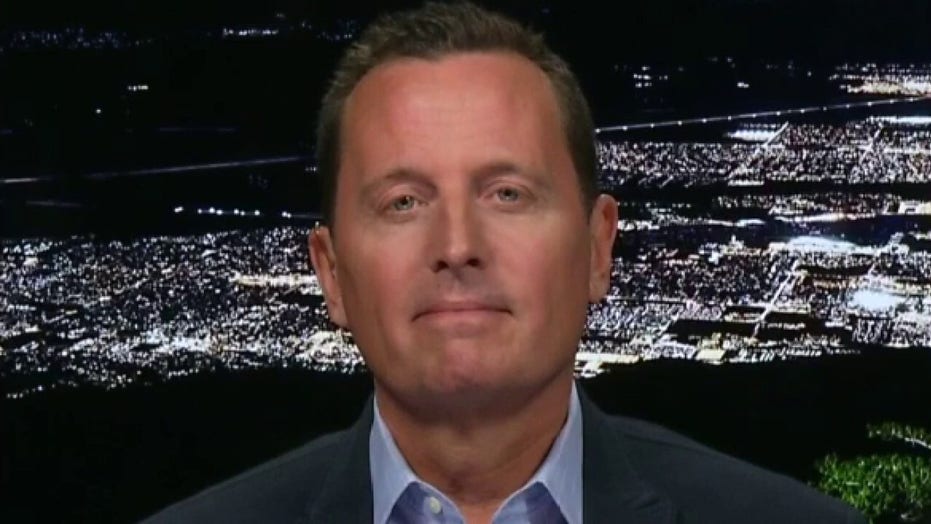 Former Presidents Barack Obama and George W. Bush liked to "use the military as a prop" — but the Trump administration has taken those efforts "to a new level," former Defense Secretary Robert Gates charged Sunday.

The admonishment from Gates came a week after President Trump's former Defense Secretary James Mattis urged Americans to "reject and hold accountable those in office who would make a mockery of our Constitution." That was a clear reference to Trump, whom Mattis faulted for staging a June 1 visit to Lafayette Square and St. John's Church alongside Joint Chiefs of Staff Chairman Gen. Mark Milley. Rioters had torched the famous church the night before.

Speaking to NBC News' "Meet the Press," Gates applauded Milley's apology for the episode; Milley specifically acknowledged that his "presence in that moment and in that environment created a perception of the military involved in domestic politics.” The Secret Service has said that one agent used pepper spray to clear protesters out ahead of the president's visit, although the administration has maintained that demonstrators were becoming violent and that the decision to clear the park wasn't related to Trump's visit.

"I think he really wrestled with how to respond, when he realized how the appearances of being present for the photo op seemed to the rest of the country," Gates told anchor Chuck Todd. "I've known Mark Milley for a long time. He's a man of great integrity. He takes his responsibilities to be an apolitical military officer very seriously. I think the important thing was that he made the statement ... [and sent a] written statement to senior commanders around the world about the apolitical nature of the American military."

"I think all the presidents I've worked for like to use the military as a prop," Gates added. "And I think this president has probably taken that to a new level, but the military has to be very sensitive about being exploited in that way.

Mattis, writing to The Atlantic earlier this month, raised a similar objection.

“When I joined the military, some 50 years ago,” Mattis wrote, “I swore an oath to support and defend the Constitution. Never did I dream that troops taking that same oath would be ordered under any circumstance to violate the Constitutional rights of their fellow citizens — much less to provide a bizarre photo op for the elected commander-in-chief, with military leadership standing alongside.”

Trump shot back: "Probably the only thing Barack Obama and I have in common is that we both had the honor of firing Jim Mattis, the world’s most overrated General."

President Donald Trump walks in Lafayette Park to visit outside St. John's Church across from the White House Monday, June 1, 2020, in Washington. Part of the church was set on fire during protests on Sunday night. (AP Photo/Patrick Semansky)

Speaking to Fox News last week, Trump denied wrongdoing, but said he understood that Milley and current Secretary of Defense Mark Esper had raised objections over the photo op.

Gates has long been critical of Trump. In 2016, Gates called Trump "beyond repair" and said he was "cavalier about the use of nuclear weapons,” with “a record of insults to servicemen, their families and the military."

But speaking to Todd on Sunday, Gates found some positives in how the administration has conducted foreign policy.

"Unlike his three predecessors ... at least he hasn't started any new wars, and he has robustly funded the military," Gates said. "I supported his outreach to North Korea. It hasn't come to anything, but I thought it was a bold move, and [like] everything else it failed in the previous 25 years. I thought his challenging China was about time."

Back in May, Gates sounded skepticism about former Vice President Joe Biden, as well, saying he believes that most of the candidates running for the White House in 2020 may be too old for the job.

And in 2014, Gates remarked on Biden: “I think he has been wrong on nearly every major foreign policy and national security issue over the past four decades.”

Asked by Todd about those comments, Gates responded, "I think the important thing is the quality of his character is important. I have a lot of policy disagreements frankly with the former vice president, but I think one of the things that people will be weighing this fall is probably the character of the two contestants.”

Gates then emphasized that it would be up to the voters to decide between character and policy.