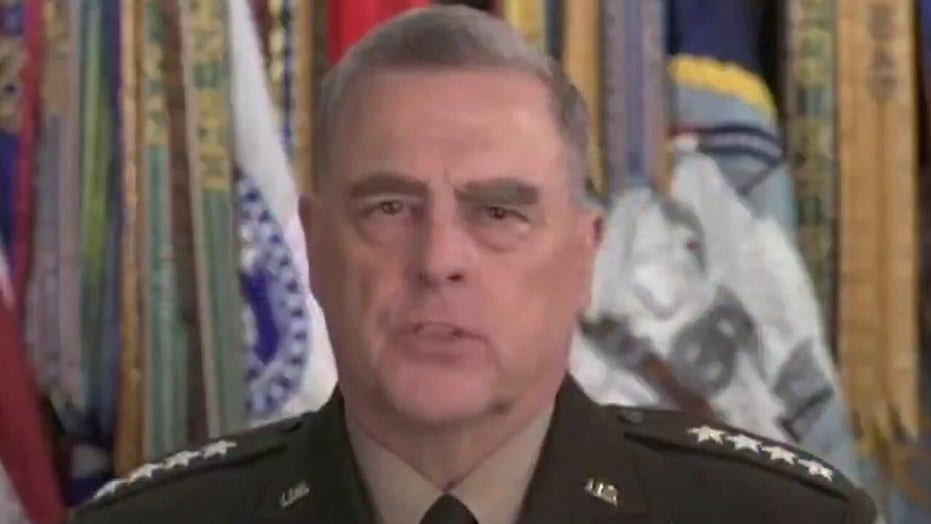 The U.S. Secret Service on Saturday reversed its denial that no agents used tear gas or pepper spray June 1 to remove protesters near the White House, as the park clearing has come under intense criticism and the focus of a lawsuit from activists who allege law enforcement violated their constitutional rights to demonstrate against George Floyd's death.

"After further review, the U.S. Secret Service has determined that an agency employee used pepper spray on June 1st, during efforts to secure the area near Lafayette Park," the Secret Service said in a statement Saturday. "The employee utilized oleoresin capsicum spray, or pepper spray, in response to an assaultive individual."

The Secret Service initially put out a statement on June 5  that “no agency personnel” used tear gas or capsicum spray during the clearing of a park before Trump visited the church damaged by fire when protests over Floyd's death had gotten out of hand the night before.

“The Secret Service has determined that no agency personnel used tear gas or capsicum spray during its efforts to secure the area near Lafayette Park on Monday, June 1st, 2020,” a Secret Service spokesperson said at the time.

The  U.S. Park Police (USPP) also denied using tear gas to clear away protesters in the park but acknowledged using smoke canisters and pepper balls on the protesters.

However, a U.S. Park Police spokesperson said recently it was a “mistake” to insist that no tear gas was used, but said the law enforcement agency didn't lie since it admitted pepper balls were shot. Pepper balls can cause irritation to the eyes and cause tears.

“I’m not going to say that pepper balls don’t irritate you,” Sgt. Eduardo Delgado told Vox. “I’m not saying it’s not a tear gas, but I’m just saying we use a pepper ball that shoots a powder.”

Trump's June 1 visit to the church has become a major inflection point in the protest movement for racial justice in the weeks since Floyd's death.

The order to the clear the park of protesters came shortly before Washington D.C.'s city curfew went into effect and sparked outrage from critics who claim protesters were violently moved so the president could participate in a photo opportunity.

FILE - In this June 1, 2020 file photo, President Donald Trump departs the White House to visit outside St. John's Church, in Washington. Part of the church was set on fire during protests on Sunday night. Walking behind Trump from left are, Attorney General William Barr, Secretary of Defense Mark Esper and Gen. Mark Milley, chairman of the Joint Chiefs of Staff. Milley says his presence Òcreated a perception of the military involved in domestic politics.Ó He called it Òa mistakeÓ that he has learned from. (AP Photo/Patrick Semansky)

Chairman of the Joint Chiefs of Staff Gen. Mark Milley on Thursday expressed regret for accompanying Trump during a photo-op last week at Lafayette Square amid protests, calling the decision “a mistake."

Secretay of Defense Mark Esper also took issue with the visit to the church, saying that he was aware that he and the president, along with a number of others, were going to the church and Lafayette Square, but "did not know a photo-op was happening" at the church before they got there. Esper stated he tries to keep himself and the military out of politics as best he can.

The ACLU, representing Black Lives Matter activists, filed a lawsuit against Trump, Attorney General William Barr, Esper, the leaders of the Secret Service, National Park Police, DC National Guard and others claiming they shouldn't have ordered the use of violence against peaceful protesters.

"Without provocation, Defendants directed their agents in the U.S. Secret Service, U.S. Park Police, D.C. National Guard, and U.S. Military Police to fire tear gas, pepper spray capsules, rubber bullets and flash bombs into the crowd to shatter the peaceful gathering, forcing demonstrators to flee the area," the lawsuit alleges. "Many peaceful demonstrators were injured, some severely, by this unprovoked attack."

Meanwhile, Congressional Democrats, including Rep. Alexandria Ocasio-Cortez, launched a legislative effort to ban the use of tear gar, calling it a weapon of war.

"Tear gas is chemical weapon banned in war," Ocasio-Cortez tweeted this week. "It is a deep shame that US leaders chose to tear gas our own people last week. It should never, ever happen again."