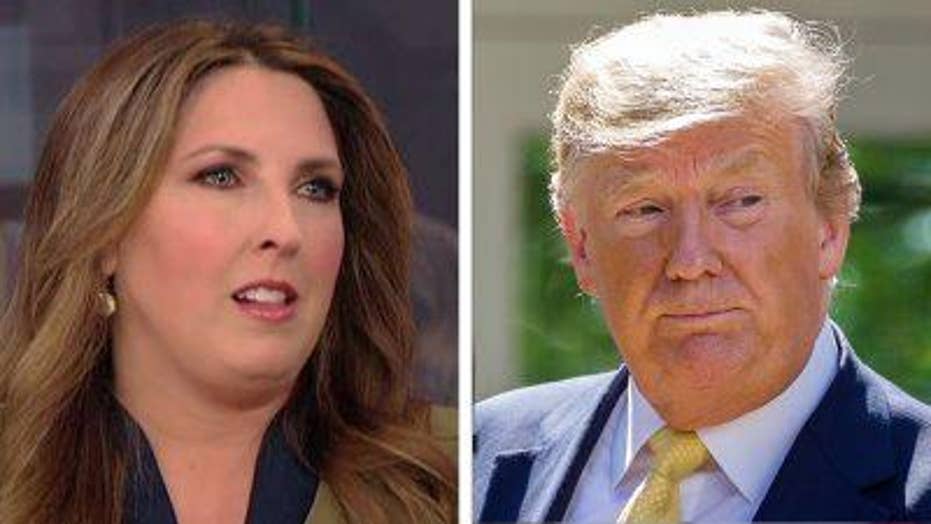 MIAMI — Republican National Committee Chairwoman Ronna McDaniel said the “radicalization” of the Democratic Party is on “full display” this week during the first round of presidential primary debates, claiming the party has made its “most dramatic shift” in decades.

In an interview with Fox News on Thursday, McDaniel, who has hosted a series of events highlighting President Trump’s record on the sidelines of the Democratic debates, slammed the Democratic presidential hopefuls and their proposals.

“I think the radicalization of the Democratic Party was on full display last night,” McDaniel said. “To essentially say we should have open borders, throw away the rule of law and not require legal immigration—that is unsustainable.”

McDaniel was referring to former Housing and Urban Development Secretary Julian Castro’s comments during Wednesday’s debate. Castro challenged his opponents to join him in calling for the decriminalization of illegal border crossing. Other candidates, like Sen. Cory Booker, D-N.J., said that the U.S. “has the power to better deal with this process through the civil process than the criminal process.”

McDaniel warned, though, that “if the Democrats had the full control of the House, the Senate and the White House, the way their party is right now, everything they are saying, they would do.”

“I think they are lurching so far to the left, that it is the most dramatic shift in the Democratic Party that we have seen in decades,” McDaniel said. “Bernie Sanders, who used to be on the fringe, is not mainstream.”

“I don’t think any of the Democrats can beat Trump because I am listening to what they are proposing,” McDaniel said. “A total government takeover of health care, removing people from their private health insurance, taking over education, open borders.”

McDaniel said that the president’s re-election campaign, which was launched last week at an Orlando rally, will be based on his accomplishments during his administration.

“The president can run on his record and talk about the millions of jobs that have been created since he has been president—people are off of food stamps, there are more jobs right now than we can fill, wages are up, our vets are being taken care of, our military is being strengthened—He’s accomplished those things,” she said. “And he gets to go back to the people across the country to say ‘I’ve kept my promises and want to continue to keep this country strong…and make sure your families have a chance to have the American Dream.’”

The comments came amid an aggressive push by the RNC and Trump campaign to counter the message from the Miami debate stage, where candidates have blasted Trump's record on the economy, immigration and more -- it's an operation that will be in full force again Thursday night.

McDaniel’s interview with Fox News came after she and other members of the RNC and Trump re-election campaign hosted a roundtable with Hispanic small business owners to discuss how Trump’s policies are “helping their businesses.”

On Wednesday, a similar event was hosted at Versailles—a famous Cuban restaurant and frequent campaign stop for candidates passing through Miami, known for its food and “a side of politics​ ​.” McDaniel’s stop, like others across the country this week, was focused on highlighting “the left-leaning lurch of the Democrat Party toward socialism.”