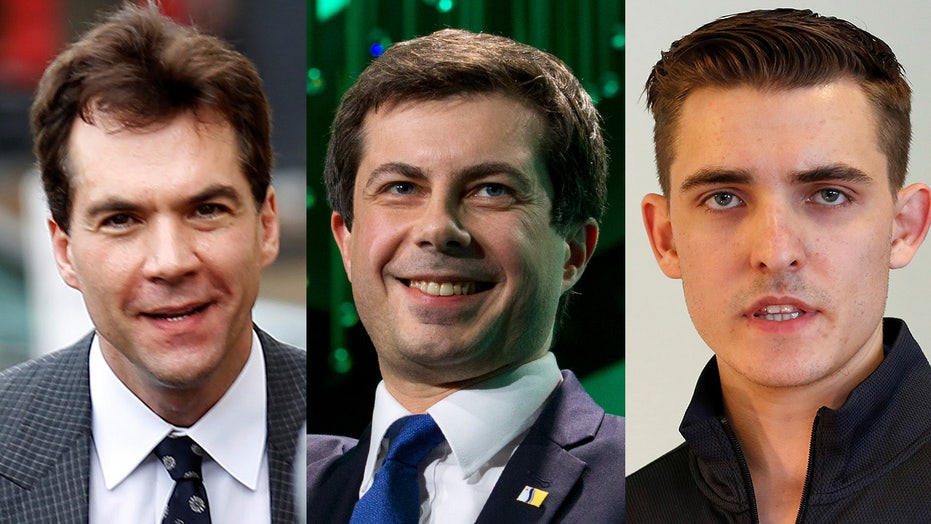 A pair of notorious right-wing activists are facing accusations of orchestrating a plan for a man to falsely claim he was sexually assaulted by Democratic presidential candidate Pete Buttigieg.

The two activists – lobbyist Jack Burkman and blogger Jacob Wohl – have been involved in pushing conspiracy theories and inflammatory accusations against others in the past.

Everything began Monday when a post surfaced on the website Medium from an author identifying himself as a 21-year-old named Hunter Kelly. The post accused Buttigieg of sexually assaulting him in February, and promised to reveal more details later.

But by the end of the day, the story began to unravel.

First, the Daily Beast reported that a Republican source said Burkman and Wohl recently tried to convince him to falsely accuse Buttigieg, who is gay, of inappropriate sexual behavior.

Then, a man named Hunter Kelly – the name of the supposed author of the Medium post accusing Buttigieg of assault – wrote on Facebook that he was “not sexually assaulted and would never falsely accuse anyone.”

He acknowledged being “approached by a political figure to come to DC to discuss political situations from the standpoint of a gay Republican.”

“When I arrived they discussed Peter Buttigieg and started talking about how they would be working a campaign against him,” Kelly wrote. “I went to bed and woke up to a fake Twitter @RealHunterKelly and an article that I in no way endorsed or wrote.”

Kelly told The Daily Beast of the allegations that were posted on Medium under his name: “I was unaware this was happening.”

Burkman released a statement on Tuesday “vehemently denying the claims” he was involved in fabricating the story, claiming he was approached by Kelly.

“This weekend my firm was approached by a young man who had a disturbing story about an assault he experienced at the hands of current presidential candidate, Pete Buttigieg,” Burkman said. “We began working with him on sharing his painful story and received a signed statement from him attesting to his account.”

In a separate statement to Fox News, Wohl said, "Mr. Kelly approached Jack Burkman and I with a story to tell. The very first thing that he did was sign an attestation detailing his accusation. Mr. Kelly had full control over any and all public disclosures that were made. Upon being bullied by the mainstream media, in the form of hundreds of phone calls to their places of work, his family demanded that he claim that we set him up. We know that these things are very difficult for young people like Mr. Kelly and we empathize with him."

But talking to the website the Advocate, Kelly claims he was coerced into signing the form and taking the photo.

"They basically forced me to sign that and take that photo," Kelly said, according to the publication. "I had no say in either. In the photo you can clearly see I had been crying."

For his part, Buttigieg, campaigning in New York on Monday, said the accusations are false.

“I'm sure it's not the first time somebody is going to make something up about me,” Buttigieg told reporters. “It's not going to throw us. Politics can be ugly sometimes but you have to face that when you're in presidential politics.”

In October, Burkman and Wohl were earlier accused of being behind a plot to pay women to make false accusations of sexual harassment against Special Counsel Robert Mueller. The special counsel’s office said they referred the report about Burkman to the FBI.

“When we learned last week of allegations that women were offered money to make false claims about the Special Counsel, we immediately referred the matter to the FBI for investigation,” special counsel spokesman Peter Carr said in a statement to Fox News at the time.