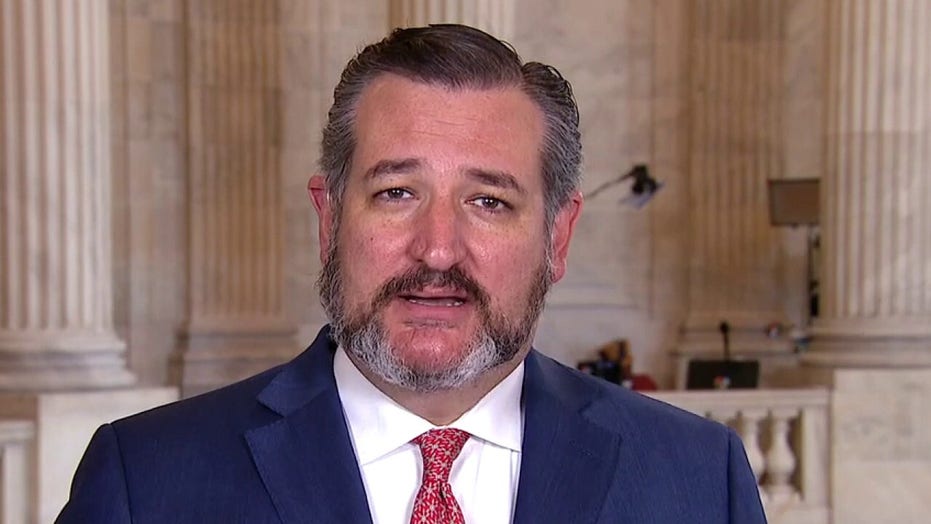 Republican Sen. Ted Cruz joins 'Fox &amp; Friends' after sending a letter to Google on their targeting of conservative websites for their comments sections.

Representatives from Google, Facebook and Twitter were present at the hearing and gave testimony on the various ways each website is working to combat misinformation and foreign interference on their platforms ahead of the 2020 U.S. presidential election.

"Republicans believe a committee that handles our nation's most sensitive secrets should not be conducting its business in an unsecured matter over the Internet," an HPSCI GOP spokesperson told Fox News.

The HPSCI held its first virtual open hearing in three months on Monday to discuss the impact of the coronavirus pandemic on sub-Saharan Africa.

Chairman Adam Schiff said during the Thursday hearing that Republicans on the committee decided to skip "without reason or justification," and he hopes they will consider joining future hearings.

He added that whether committee members are working remotely or in person, "these hearings and supplemental roundtables are official business and integral to our responsibilities in the classified and unclassified realms" and "the American people have the right to expect" the committee to do its work.

Glasses on a computer screen showing the logo and search box of the Google search engine. Sergei Konkov/TASS

The hearing came as the president and Republican lawmakers including Sens. Josh Hawley of Missouri, Ted Cruz of Texas and Tom Cotton of Arkansas and Rep. Matt Gaetz of Florida attempted to crack down on big tech censorship and amend Section 230 immunity provisions of the Communications Decency Act in light of a number of events that have sparked debate about free speech online. This debate intensified after NBC News reported on a Google crackdown against two conservative websites -- Zero Hedge and The Federalist.

BRENT BOZELL: 2020 AND BIG TECH - ELECTION ISN'T JUST ABOUT TRUMP VS. BIDEN. IT'S ABOUT FATE OF DEMOCRACY

Big tech companies, and in particular Facebook, also have faced immense scrutiny from Congress and consumers after 2017 and 2018 intelligence revealed the impact of attempts by Russian bad actors to influence the 2016 U.S. presidential election online through inauthentic activity including polarized advertisements, posts, accounts and more.

Since 2016, tech companies have been more transparent in their efforts to combat inauthentic activity and have taken down hundreds of thousands of fraudulent accounts that display suspicious activity. Companies have also cracked down on who can advertise what and expanded the practice of labeling or otherwise censoring posts that promote misinformation.