Russia's influence campaign during the 2016 presidential election was a sophisticated and multifaceted effort to target the African-American community and sow political division among the public across social media platforms, according to new reports produced for the Senate Intelligence Committee.

One report, which is 100-pages long, provides new context and details regarding the large scope of the multi-year Russian operation and the nefarious tactics it employed to exploit divisions along race and political ideology in the U.S. on a range of social media platforms, including Google-owned YouTube, Facebook, Twitter, and on Facebook-owned Instagram. The shadowy effort aimed to support the Trump campaign, denigrate Hillary Clinton, suppress the vote, sow discord and attack various public figures.

According to the report released on Monday, the massive operation reached 126 million people on Facebook, posted 10.4 million tweets on Twitter, uploaded over 1,000 videos to YouTube, and reached over 20 million users on Instagram. The report states that roughly 6 percent of tweets, 18 percent of Instagram posts and 7 percent of Facebook posts mentioned Trump or Clinton by name. However, Trump was mentioned roughly twice as often as Clinton on most platforms. The report, titled "The Tactics and Tropes of the Internet Research Agency," warns that the manipulation of U.S. political discourse continues in 2018.

GOOGLE CEO ON CAPITOL HILL: SOME OF THE WEIRDEST EXCHANGES

"The IRA created an expansive cross-platform media mirage targeting the Black community, which shared and cross-promoted authentic Black media to create an immersive influence ecosystem," the report states. "The IRA exploited the trust of their Page audiences to develop human assets, at least some of whom were not aware of the role they played. This tactic was substantially more pronounced on Black-targeted accounts."

In a statement to Fox News, the Black Lives Matter Global Network responded to the reported targeting.

"The Black Lives Matter Global Network understands that it is a target as we continue to fight for Black liberation across the globe, and we will not be deterred by those attempting to exploit us and the millions of Black folks in America who vote and demand change," the statement said.

Russian President Vladimir Putin arrives to chair a meeting to discuss preparation to mark the anniversary of the allied victory in the World War II in the Kremlin in Moscow, Russia, Wednesday, Dec. 12, 2018.  (AP)

FACEBOOK'S FALL: FROM THE FRIENDLIEST FACE OF TECH TO PERCEIVED ENEMY OF DEMOCRACY

Researchers also note that in 2017, as the media covered their Facebook and Twitter operations, IRA shifted much of its activity to Instagram. “Instagram engagement outperformed Facebook, which may indicate its strength as a tool in image-centric memetic (meme) warfare. Alternately, it is possible that the IRA’s Instagram engagement was the result of click farms; a few of the provided accounts reference what appears to be a live engagement farm.”

Set against this backdrop, the study warns that Instagram, which is also owned by Mark Zuckerberg's company, is likely to be a key battleground in the future.

The themes selected by the IRA were "deployed to create and reinforce tribalism within each targeted community," according to the report, which notes that a majority of posts created by a given Facebook page reinforced in-group camaraderie. Partisan content was also presented to targeted groups in on-brand ways: for example, one meme featured Jesus in a Trump campaign hat on an account targeting Christians.

Additionally, the report notes that the IRA co-opted the names of real groups with existing reputations among the targeted communities, including "United Muslims of America," "Cop Block, Black Guns Matter," and "L for Life." Researchers said this was possibly an attempt to loosely backstop an identity if a curious individual did a Google Search, or to piggyback on an established brand.

The influence campaign began on certain platforms several years ago. The IRA was active on Twitter as early as 2014, prior to their efforts on Facebook and Instagram. However, since the Senate Select Committee on Intelligence only requested data from January 1, 2015, it's possible that some IRA content that appeared on Facebook or Instagram was simply not included in the data provided. The IRA also produced videos across 17 channels on YouTube beginning in September 2015, with most content related to police brutality and the Black Lives Matter movement.

The study by Oxford University’s Computational Propaganda Project and social media analysis specialist Graphika notes the scale of the social media onslaught. “Between 2013 and 2018, the IRA’s Facebook, Instagram, and Twitter campaigns reached tens of millions of users in the United States,” it says. “IRA activities focused on the U.S. began on Twitter in 2013 but quickly evolved into a multi-platform strategy involving Facebook, Instagram, and YouTube amongst other platforms.”

Russia’s attempts to sow discord in society have continued long after the 2016 U.S. presidential election, according to the researchers. “IRA posts on Instagram and Facebook increased substantially after the election, with Instagram seeing the greatest increase in IRA activity.” 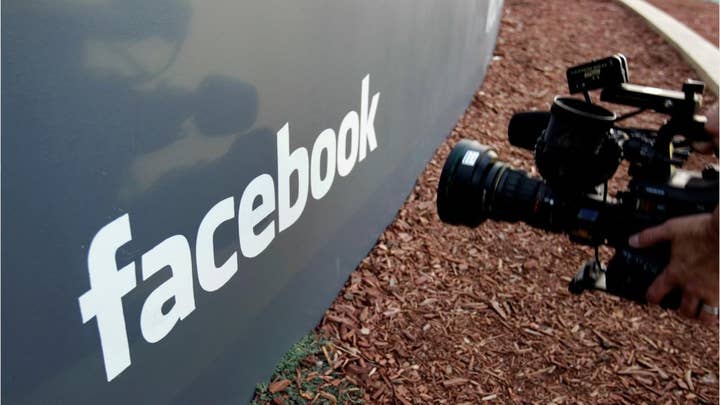 A Facebook spokesperson provided Fox News with the following statement:

“Congress and the intelligence community are best placed to use the information we and others provide to determine the political motivations of actors like the Internet Research Agency. We continue to fully cooperate with officials investigating the IRA's activity on Facebook and Instagram around the 2016 election. We've provided thousands of ads and pieces of content to the Senate Select Committee on Intelligence for review and shared information with the public about what we found. Since then, we've made progress in helping prevent interference on our platforms during elections, strengthened our policies against voter suppression ahead of the 2018 midterms, and funded independent research on the impact of social media on democracy.”

A spokesperson from Twitter released the following statement to Fox News:

"Our singular focus is to improve the health of the public conversation on our platform, and protecting the integrity of elections is an important aspect of that mission. We’ve made significant strides since 2016 to counter manipulation of our service, including our release of additional data in October related to previously disclosed activities to enable further independent academic research and investigation.”

A Google spokesperson declined to comment on the reports, although the company has previously described preventing misuse of its platform as a major focus.

"This newly released data demonstrates how aggressively Russia sought to divide Americans by race, religion and ideology, and how the IRA actively worked to erode trust in our democratic institutions," Senate Select Committee on Intelligence Chairman Richard Burr, R-NC, said in a statement. "Most troublingly, it shows that these activities have not stopped."

"These attacks against our country were much more comprehensive, calculating and widespread than previously revealed. That is going to require some much-needed and long-overdue guardrails when it comes to social media.  I hope these reports will spur legislative action in the Congress and provide additional clarity to the American public about Russia’s assault on our democracy.”

The report by New Knowledge, Canfield Research and Columbia University's Tow Center for Digital Journalism, also notes that the efforts by social media platforms to crack down on bots may not be enough.

"Now that automation techniques (e.g. bots) are better policed, the near future will be a return to the past: we’ll see increased human-exploitation tradecraft and narrative laundering," the report states in its conclusion. "We should certainly expect to see recruitment, manipulation, and influence attempts targeting the 2020 election, including the inauthentic amplification of otherwise legitimate American narratives, as well as a focus on smaller/secondary platforms and peer-to-peer messaging services."

Russia has repeatedly denied meddling in the 2016 U.S. presidential election.