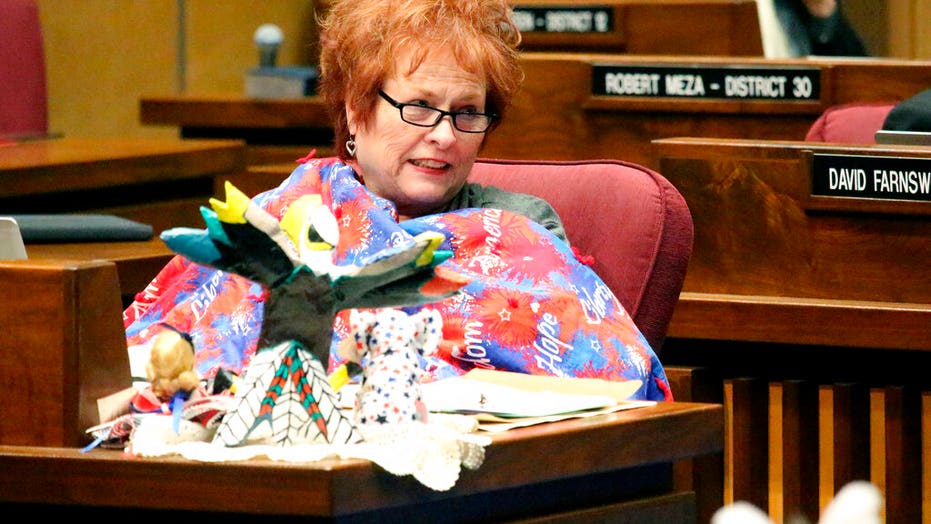 Republican Arizona state Sen. Sylvia Allen believes the U.S. will soon "look like South American countries" because immigrants entering the U.S. and low birth rates among white people are contributing to a lack of cultural assimilation.

Speaking at a Republican Party event in Phoenix on July 15, Allen, of Snowflake, a city in Navajo County, said immigrants were inundating the U.S. — so much so that they can't learn "the principles of our country."

Her remarks were obtained and published by the Phoenix New Times on Friday.

"We have a right as a country to have people coming in an organized manner, so we know who is coming. So we can have jobs for them, so we can provide education for them, and health care, and all these things that people need," Allen said at the event, which celebrated "Mormon Political Pioneers."

Arizona State Sen. Sylvia Allen, pictured here during a legislative session in May 2018, is apologizing while defending herself from criticism for comments she made on immigration and birth rates. (AP Photo, File)

"We are not reproducing ourselves, the birthrates," she said, according to the report. "But here's what I see is the issue: It's because of immigration."

Wendy Rogers, a Republican running for the state Senate seat now held by Allen, issued a statement Saturday denouncing Allen's comments as "very racist" and said Allen should retire from the Legislature — while Democratic state Sen. Martin Quezada told the Arizona Republic that the "tone and perspective" of Allen's remarks on migrants were "insulting, to say the least."

Allen told the New Times that her comments were inspired by a respected demographer who she says has described "the browning of America," and apologized in Facebook posts on Friday and Saturday "to anyone who has been hurt" by her words. She later thanked people who spoke in support and added, "Verbal Lynching is the political tool used today to silence debate on critical issues."

The senator did not immediately return Fox News' request for comment regarding her remarks.