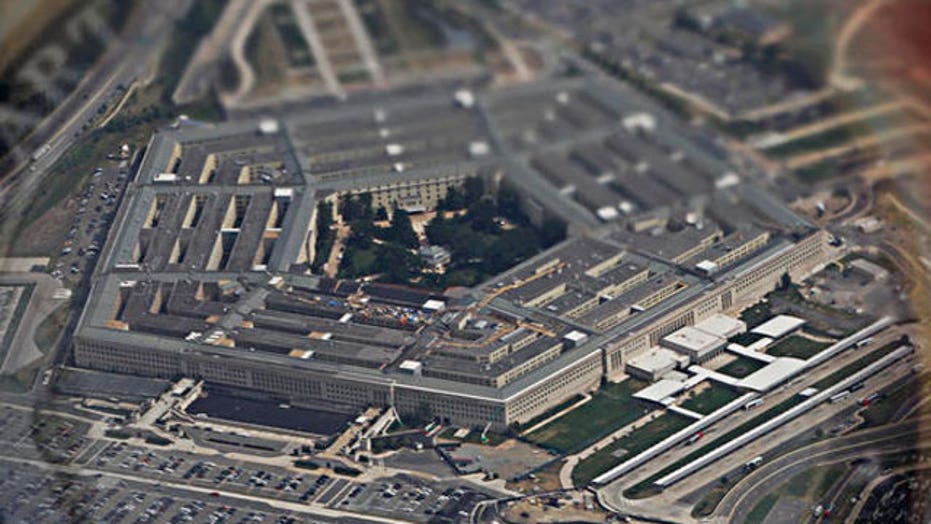 President Obama and Russian President Vladimir Putin spoke for an hour by phone Thursday as the administration moved on several fronts to counter Russia's aggression in Ukraine's Crimean peninsula.

The White House said Obama emphasized to Putin that "Russia's actions are in violation of Ukraine's sovereignty and territorial integrity, which has led us to take several steps in response in coordination with our European partners."

These included sending U.S. fighter jets to allied countries, imposing visa restrictions on Russians and strongly decrying a planned referendum in Crimea to split from Ukraine and join Russia.

The call was the first known contact between the two leaders since Saturday, shortly after Russian troops moved into Crimea.

The White House said Obama told Putin there still was a way to resolve the situation diplomatically, which would include the Ukraine and Russian governments holding direct talks, international monitors and Russian forces returning to their bases. There was no indication of Putin's response.

Earlier Thursday, Obama said at the White House,"We are well beyond the days when borders can be redrawn over the heads of democratic leaders."

Obama was reacting to a vote in Crimea to join Russia -- which is scheduled for a referendum in 10 days. Obama, echoed by the State Department, said this move would "violate the Ukrainian Constitution and violate international law."

The president said there is still a path to resolve the crisis, and urged Russia to let international monitors into Ukraine as part of that. But, referring to a boosted U.S. military presence among NATO partners, Obama said the U.S. is taking steps "to reaffirm our commitment to the security and democracy of our allies in Eastern Europe."

Among those steps, six F-15s landed in Lithuania, along with two K-135 refueling tankers, on Thursday morning.

Polish officials also claimed that the U.S. was sending 12 F-16s to Poland, along with 300 U.S. troops. The Pentagon, though, said no decision had been made, though "Secretary Hagel is committed to increasing our participation in the aviation detachment in Poland, a detachment he visited recently."

The U.S. Navy also announced it is sending a guided-missile destroyer to the Black Sea as part of a "scheduled" deployment.

The Navy stressed that the USS Truxtun would be leaving from Greece for "previously planned" exercises with Romanian and Bulgarian Naval forces. But the ship movement comes as the Pentagon overtly boosts its NATO presence in the region, as part of an effort to shore up allies in the face of Russia's advances.

The USS Truxtun will be detaching from the USS George H.W. Bush strike group, currently in the Mediterranean. Another ship, the USS Taylor, had previously been in the Black Sea but ran aground and is currently undergoing repairs in Turkey.

Meanwhile, the Obama administration was moving ahead Thursday with additional sanctions and visa restrictions on Russians in response to the country's incursion in Ukraine.And the House voted Thursday to approve a $1 billion loan guarantee package for Ukraine.

At a hearing on Capitol Hill, a top State Department official also blasted Russia's version of events, which it used to justify its use of the military -- just hours after the department issued a blistering fact sheet on the topic.

"There are no confirmed reports of threats to ethnic Russians," Deputy Assistant Secretary of State in the Bureau of European and Eurasian Affairs Eric Rubin testified before the House Foreign Affairs Committee.

Rubin continued, "No confirmed reports of a massive movement of ethnic Russian refugees, no threat to Russian naval bases. The interim Ukrainian government is a body that represents the will of the Ukrainian people. It is not an extremist cabal. Russia's assertions are nothing more than veneer used to justify its military action."

The State Department fact sheet, called "President Putin's Fiction: 10 False Claims About Ukraine," aimed to counter what the State Department calls Russia's false narrative to justify its illegal actions in Ukraine. The State Department wrote: "The world has not seen such startling Russian fiction since Dostoyevsky wrote, 'The formula 'two times two equals five' is not without its attractions.'"

Meanwhile, the latest actions by Crimea itself are also on tenuous footing. Crimea's parliament has asked to join Russia, which citizens could formalize with a vote in a March 16 referendum. But there are no legal grounds for this move, according to Ukraine's interim Prime Minister Arseniy Yatsenyuk.

Although several House Foreign Affairs Committee members gave strong statements about punishing Russia for its transgressions, Treasury official Daleep Singh noted the limits to the effectiveness of sanctions. Singh did point out that Europe's reliance on Russian energy is a two-way street: Europe depends on Russia for energy, but Russia depends on Europe for revenue from that energy.

"Pursuant to the president's guidance, the State Department is putting in place visa restrictions on a number of officials and individuals, reflecting a policy decision to deny visas to those responsible for or complicit in threatening the sovereignty and territorial integrity of Ukraine," he said.

Other options are on the table.

Florida Republican Rep. Ileana Ros-Lehtinen brought up the Magnitsky Act. She suggested new names be added to the list to "name and shame" the Russians known to have committed human rights violations. To this, Rubin indicated that the State Department is indeed actively considering adding new names.

The Magnitsky Act, officially the Russia and Moldova Jackson-Vanik Repeal and Sergei Magnitsky Rule of Law Accountability Act of 2012, is a bipartisan bill passed in late 2012 intended to punish Russian officials linked to the death of Sergei Magnitsky. It would block their entrance to the United States and use of their banking system. Worldwide, the act has been hailed as groundbreaking for human rights.

Putin said at the time the act was "unfriendly" and threatened bilateral relations. Russia responded to the Magnitsky Act by barring Americans from adopting Russian children.