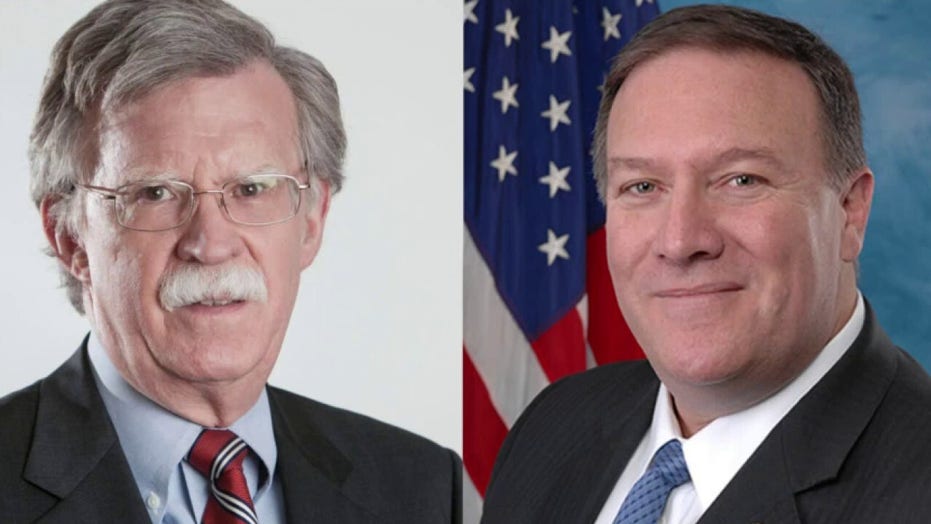 Secretary of State Mike Pompeo dove into the controversy surrounding former national security adviser John Bolton’s new book, “The Room Where it Happened,” Thursday – declaring “I Was in the Room Too.”

“It is both sad and dangerous that John Bolton’s final public role is that of a traitor who damaged America by violating his sacred trust with its people,” Pompeo said in a statement.

The country’s top diplomat said he hadn’t read the book, which is scheduled for release on June 23.

“But from the excerpts I’ve seen published, John Bolton is spreading a number of lies, fully-spun half-truths, and outright falsehoods,” Pompeo said.

The statement came a day after President Trump himself blasted Bolton in an exclusive interview on Fox News’ “Hannity” Wednesday night.

A number of media outlets responded to excerpts from the book this week, picking apart the available details – which include accusations that President Trump gave “personal favors to dictators he liked.”

Trump also was allegedly unaware that Britain is a nuclear power and asked whether Finland is part of Russia, according to Bolton -- who additionally claimed that during Trump's 2018 meeting with North Korea's leader, Pompeo handed him a note about the president that read, “He is so full of sh--."

A source close to Pompeo told Fox News late Wednesday that “Bolton is about selling books, not about telling the truth.” The source added that Pompeo isn’t a note-passer and suggested Bolton should prove his claim by producing the purported note.

The Department of Justice sought to stop the book’s publication in a lawsuit earlier this week, arguing that intelligence officials are concerned that it contains classified information. Bolton’s lawyer shot back that the government’s attempts to prevent the book’s release “will not succeed.”

On Twitter Thursday, Bolton retweeted a message from the American Civil Liberties Union that referenced President Richard Nixon’s attempt to block the publication of the Pentagon Papers decades ago.

The ensuing Supreme Court decision established the concept of “no prior restraint” – and the ACLU tweet argued that “Any Trump administration efforts to stop John Bolton’s book from being published are doomed to fail.”

The book also reportedly takes aim at Democrats for their own actions during the Trump era.

Another excerpt skewered House Democrats for what Bolton described as “impeachment malpractice” in their rushed, and ultimately fruitless, effort to remove the president from office.

“They seemed governed more by their own political imperatives to move swiftly to vote on articles of impeachment in order to avoid interfering with the Democratic presidential nomination schedule than in completing a comprehensive investigation,” he wrote.

Bolton served as national security adviser from April 2018 to September 2019 and was United Nations ambassador in the George W. Bush administration.