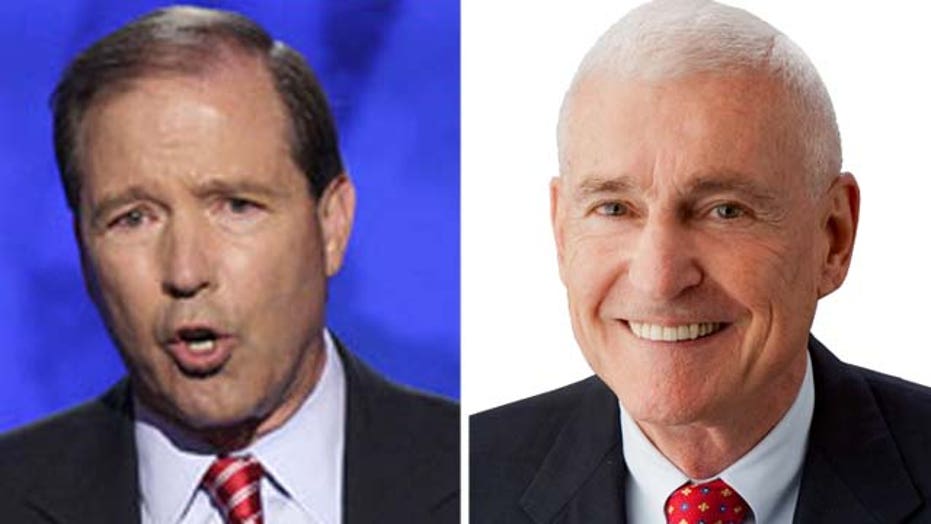 Most political observers had written off the contest as a slam dunk for Democrats. But a pair of new polls shows the race tightening in the final days.

A new Vox Populi poll shows Udall up only 4 points over Republican Allen Weh. The poll puts Udall at 47 percent and Weh at 43 percent, with 11 percent of voters undecided.

“The deteriorating national political environment for Democrats and President Obama has put Senate races like New Mexico at risk for Democrats,” pollster Brent Seaborn said in a statement.

The poll also showed voters in New Mexico are motivated by the economy and jobs, with concerns over ObamaCare coming in second.

Another poll conducted by the Albuquerque Journal shows Udall’s lead narrowing as well. In that poll, Udall was backed by 50 percent of likely voters and Weh by 43 percent. A similar poll conducted in mid-September had Udall with a 13-point advantage in the race, with 51 percent backing Udall and 38 percent leaning Weh’s way.

Weh, a Vietnam veteran, founded the charter plane company CSI Aviation in 1979. In 2010, Weh had run for governor but lost in a heated five-way race.