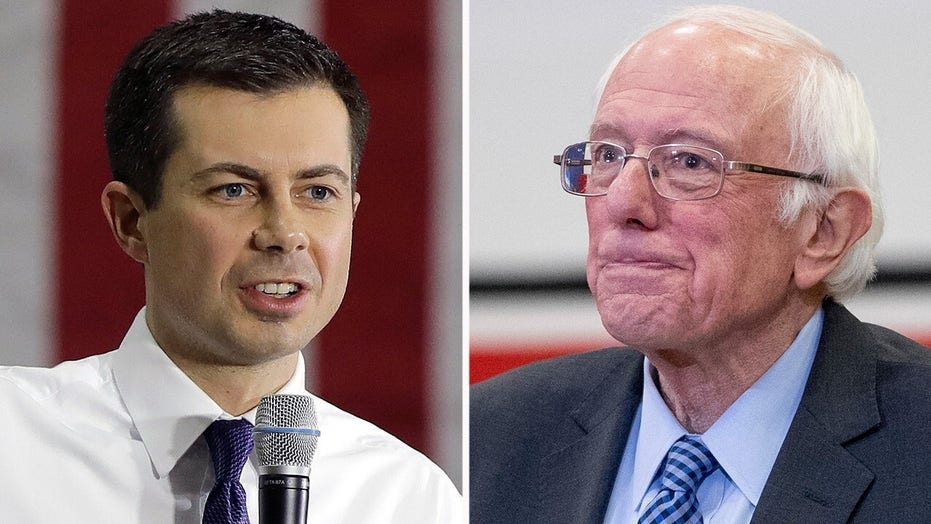 The surging presidential candidate has been openly critical of the Vermont senator on the campaign trail ever since the two finished neck-and-neck in last week's Iowa caucuses. But the former South Bend mayor once penned an award-winning essay that praised Sanders' character and politics -- back when he was in high school.

In 2000, then-high school senior Buttigieg won the John F. Kennedy “Profiles in Courage” essay contest with a piece touting Sanders’ then-bipartisan streak and his bravery for calling himself a “socialist,” despite it being an unpopular term.

Buttigieg painted a picture, at the time, of an unmotivated electorate but, in a hopeful tone, said there “remain a number of committed individuals who are steadfast enough in their beliefs to run for office to benefit their fellow Americans.”

“Such people are willing to eschew political and personal comfort and convenience because they believe they can make a difference. One outstanding and inspiring example of such integrity is the country’s only Independent Congressman, Vermont’s Bernie Sanders,” Buttigieg wrote.

“Sanders’ courage is evident in the first word he uses to describe himself: ‘Socialist,’” he continued. “Here is someone who has ‘looked into his own soul’ and expressed an ideology, the endorsement of which, in today’s political atmosphere, is analogous to a self-inflicted gunshot wound.”

He added that Sanders “is not afraid to be candid about his political persuasion,” and that his attitude helps him to be “a powerful force for conciliation and bi-partisanship on Capitol Hill.”

“Sanders’ positions on many difficult issues are commendable, but his real impact has been as a reaction to the cynical climate which threatens the effectiveness of the democratic system,” he wrote. “His energy, candor, conviction, and ability to bring people together stand against the current of opportunism, moral compromise, and partisanship which runs rampant on the American political scene.”

“Above all, I commend Bernie Sanders for giving me an answer to those who say American young people see politics as a cesspool of corruption, beyond redemption,” Buttigieg continued. “I have heard that no sensible young person today would want to give his or her life to public service. I can personally assure you this is untrue.”

During Friday night’s Democratic debate, just days after the botched Iowa caucuses, Buttigieg blasted Sanders for having “my way or the highway” politics.

Meanwhile, Sanders blasted Buttigieg on CBS News' "Face the Nation" Sunday, claiming that he has "about 40 billionaires who are contributing to his campaign."

"It matters enormously," Sanders said Sunday. "That is precisely the problem with American politics."

Buttigieg is slightly ahead of Sanders in the delegate tally from last week's airtight Iowa caucuses, even as Sanders declares victory in the popular vote.

After the party’s announcement late Sunday, the Sanders campaign announced it would seek a partial recanvass of some precincts in which there were apparent irregularities.

The two candidates are battling at the top of the polls going into Tuesday's New Hampshire primary.