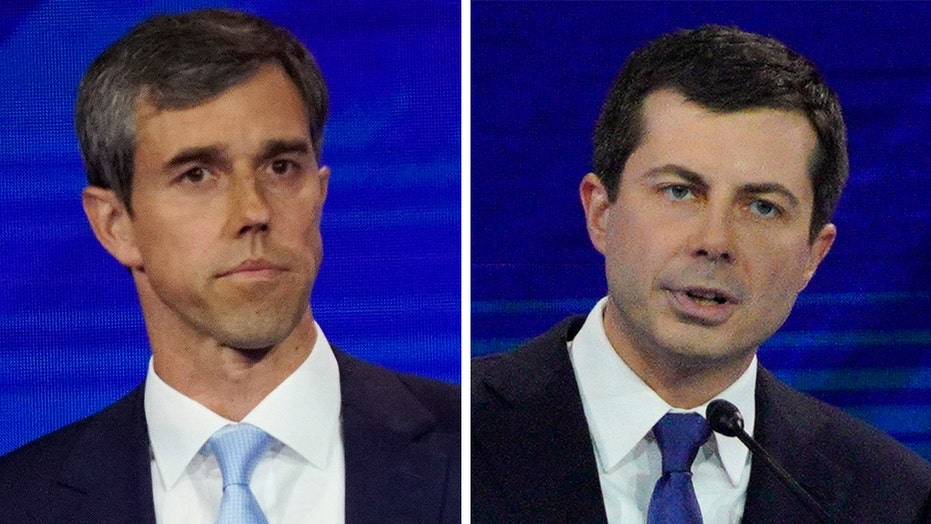 Beto O’Rourke launched an expletive-fueled defense of his call Sunday to ban assault-style weapons and impose mandatory buybacks of AR-15s and AK-47s while also pushing back at critics — including fellow 2020 Democrat Pete Buttigieg.

During last Thursday’s presidential debate, the former Texas congressman said, “Hell yes, we’re going to take your AR-15, your AK-47, and we’re not going to allow it to be used against your fellow Americans anymore.” Three days later, O’Rourke appeared on NBC News’ “Meet the Press,” where host Chuck Todd pointed out that there was “a lot of hand-wringing” about the presidential contender’s full-throated call on national TV for confiscating such rifles.

As O’Rourke has put the issue of gun violence at the center of his campaign effort, some fellow Democrats have chastised him and expressed concern that his statements may have made things harder for gun control supporters as they negotiate with President Trump on legislation to respond to this summer’s mass shootings.

O'ROURKE CLAIMS TRUMP HAS 'BLOOD... ON HIS HANDS' AFTER EL PASO MASS SHOOTING

After Todd pointed out that some Democrats were hesitant to support such bans, O’Rourke responded, “I think this just shows you how screwed up the priorities in Washington, D.C. are.”

He then brought up the 22 people killed in a Walmart in his hometown of El Paso last month.

“Talking to those doctors and trauma room surgeons who treated those victims in El Paso, they said these are wounds of war — that high-impact, high-velocity round, when it hit their systems, just shredded everything inside of them,” O’Rourke said on Sunday. “I refuse to accept that, and I refuse to even acknowledge the politics, or the polling, or the fear of the NRA that has purchased the complicity and silence of members of Congress and this weak response to a real tragedy in America.”

Buttigieg, the mayor of South Bend, Ind., appeared on CNN’s “State of the Union” and agreed with Sen. Chris Coons, D-Del., saying the clip of the former O’Rourke’s statement about AR-15s and AK-47s “will be played for years at Second Amendment rallies with organizations that try to scare people by saying Democrats are coming for your guns.”

Buttigieg said, “Look, right now we have an amazing moment on our hands. We have agreement among the American people not just for universal backgrounds checks, but we have a majority in favor of red-flag laws, high-capacity magazines, banning the new sale of assault weapons. This is a golden moment to finally do something.”

Buttigieg went on to say, “When even this president and even [Senate Majority Leader] Mitch McConnell are at least are pretending to be open to reforms, we know that we have a moment on our hand. Let’s make the most of it and get these things done.”

O’Rourke pushed back in a tweet: “Leaving millions of weapons of war on the streets because Trump and McConnell are ‘at least pretending to be open to reforms’? That calculation and fear is what got us here in the first place. Let’s have the courage to say what we believe and fight for it.”

He later tweeted, “When candidates say, 'At least Donald Trump and Mitch McConnell are pretending to be interested,' sh--, that is not enough. Neither is poll-testing your message. Gun violence is a life or death issue—and we have to represent the bold ideas of people all over the country.”

As O’Rourke made his call to take back the rifles on Thursday night, Trump warned at a Republican retreat in Baltimore, “Democrats want to confiscate guns from law-abiding Americans, so they are totally defenseless when somebody walks into their house.”

Trump promised that his party “will forever uphold the fundamental right to keep and bear arms,” which received loud applause.

Trump and White House aides have discussed several gun control measures with members of Congress, including steps to go after fraudulent buyers and boost mental health assistance. A formal announcement on Trump’s plan is expected as soon as this week.

Fox News' Ben Florance and The Associated Press contributed to this report.