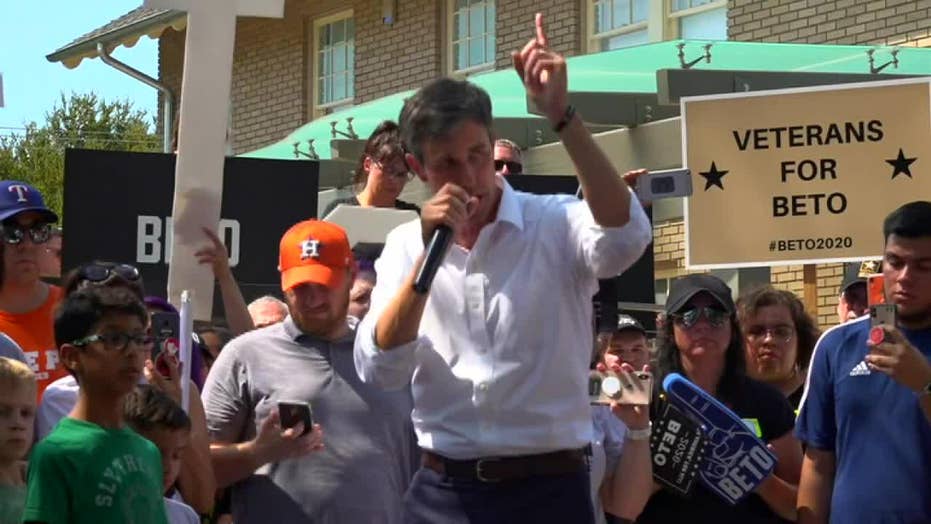 Beto O'Rourke: Trump has the blood of those 22 people in El Paso on his hands

Beto O'Rourke speaks out against gun violence at a rally in Plano, Texas.

Beto O'Rourke, who has aimed to rebuild his struggling campaign on a platform of confiscating firearms, declared Sunday at a rally in Plano, Texas, that President Trump has the "blood" of the 22 El Paso mass shooting victims "on his hands."

O'Rourke specifically referenced a May rally in Florida -- although commentators have disputed that Trump, in fact, endorsed mass shootings during his speech.

"At a rally in Florida in May of this year, the president was ranting and railing," O'Rourke said, referring to Trump's comments about illegal immigration. "He says, 'How do we stop these people from coming here?' Someone yells out, 'shoot them.'"

O'Rourke continued: "The crowd roars their assent. The president smiles and he laughs his consent. What the president of the United States is doing cannot be more dangerous. He has the blood of those 22 people in El Paso on his hands. And, the answer to this has got to be beyond defeating Donald Trump, as important as it is. It has to go to the root of this problem."

O'Rourke went on to name white supremacy as an "existential threat." 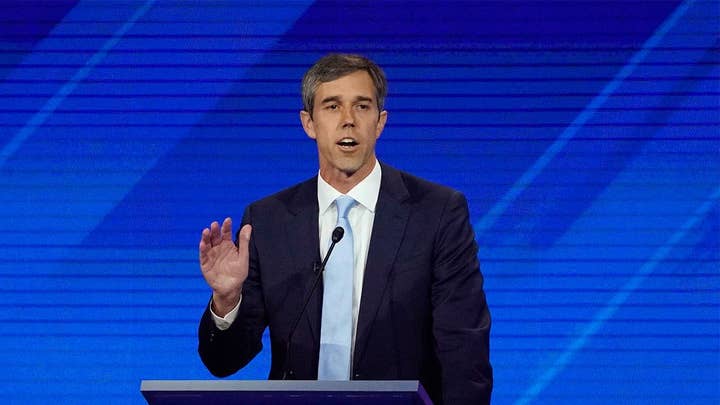 Video of the Trump rally showed that Trump started discussing a migrant caravan making its way to the southern border: "Don’t forget, we don’t let them and we can’t let them use weapons. Other countries do. We can’t. I would never do that."

After someone yelled, "shoot them," Trump smiled, shook his head, and replied, "That’s only in the Panhandle you can get away with that statement."

The National Review's Rich Lowry wrote that the president, in context, clearly was joking.

"Clearly, this is not meant as an endorsement of the statement, but a good-natured way to acknowledge its outrageousness," Lowry wrote. "The idea that this shouted interruption, in the midst of a long Trump riff about how we need to make lawful changes to address the border crisis, somehow constitutes presidential incitement to mass murder is manifestly absurd."

TEXAS REP WARNS O'ROURKE: 'MY AR IS READY FOR YOU, ROBERT FRANCIS'

O'Rourke has flip-flopped on the issue of gun confiscation. When he was running for the Senate last year in Texas, he explicitly opposed the government taking AR-15 rifles. But, during last week's presidential primary debate, O'Rourke said flatly, "hell yes," when asked if the government should confiscate AR-15s. 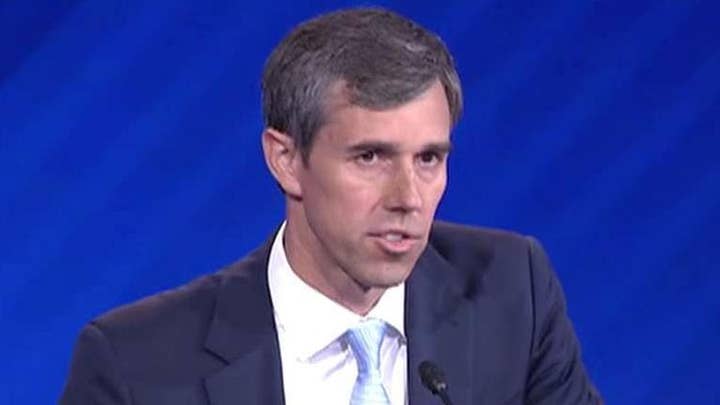 The former Texas representative later clarified that he did not anticipate the need for government agents to go door-to-door, because people simply would comply with the law voluntarily.

Last Thursday, Briscoe Cain, a Republican in the Texas House of Representatives, posted an incendiary message on Twitter after O’Rourke promised to take away citizens' guns.

“This is a death threat, Representative,” O’Rourke wrote back. “Clearly, you shouldn’t own an AR-15—and neither should anyone else.”