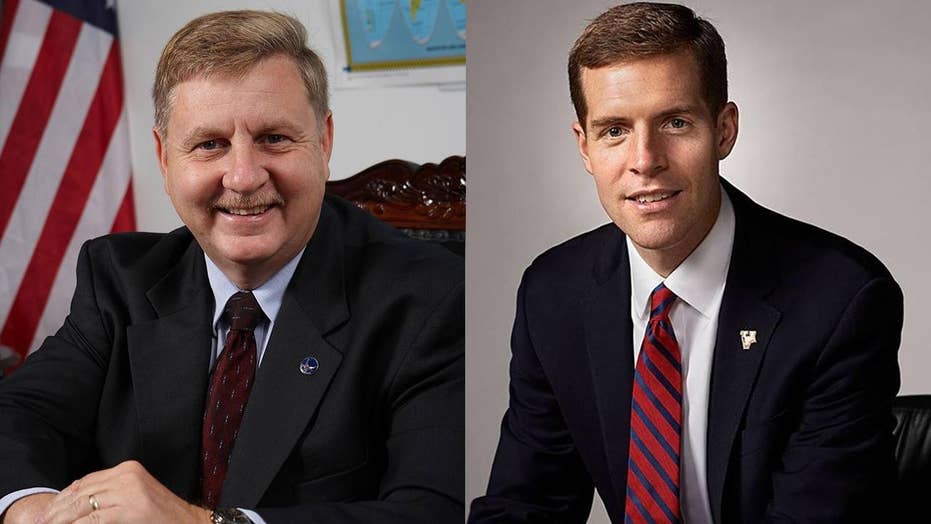 The 18th district special election in Pennsylvania is widely considered a bellwether election for upcoming midterms. Get to know candidates, Conor Lamb and Rick Saccone, and why there is a special election

Lamb, who had already declared victory in the race, revealed Saccone’s call in a tweet on March 21. Lamb offered congratulations to his opponent “for a close, hard-fought race” and said he wished him the best.

Lamb won the seat by a margin of about 750 votes. Republicans considered seeking a recount request or a lawsuit to contest the result, even as vote-counting over the past week continued to pad Lamb's lead. But officials said those efforts have been dropped since Saccone conceded.

Ahead of the election, Democrats had hoped to stir up enough enthusiasm – especially among union members – to increase voter turnout and change the party representing a district that has recently been red.

“The one fact that has remained the same this year – whether Democrats have won or lost [recent special elections] – is Democrats are doing better in terms of turnout and enthusiasm,” Kevan Yenerall, a social sciences professor at Clarion University, told Fox News before the election.

The congressional seat opened after Republican Rep. Tim Murphy, who in public was staunchly anti-abortion, resigned in 2017 amid reports that he asked his mistress to get an abortion when he believed she was pregnant.

Here's a look at the candidates and what is unique about Pennsylvania's 18th district.

“My only bias is the one they taught us in the Marines: a bias for action,” Lamb said on his website.

In Pennsylvania, Lamb already worked towards ending the growing heroin crisis; as an assistant U.S. attorney, Lamb worked to make the Justice Department’s Pittsburgh office “a national leader in the fight,” according to his campaign website.

Lamb has advocated for new leadership in the House and said he would not vote for Nancy Pelosi, D-Calif., as Minority Leader again – a “politically astute” move that could garner him the support of more moderate or independent voters, said Yenerall.

“Most Democrats in the district may not dislike Pelosi, per se, but would like to shake up the status quo,” Yenerall explained.

He added that Lamb’s background as a veteran and U.S. attorney as well as his “temperament” does “fit” the district more so than other Democrats have.

Lamb spoke out about gun control in the wake of the Parkland, Fla., high school massacre. He said he doesn’t believe additional gun laws are needed to prevent mass shootings.

"The broad agreement already is that we're not doing a good enough job keeping guns out of the hands of people with mental health conditions and with criminals," Lamb said at a campaign event.

He told the Weekly Standard he would not have voted for legislation that would have prohibited abortions after 20 weeks, adding that he doesn’t label himself as “pro-life” because it’s a “political term.”

Former Vice President Joe Biden campaigned for Lamb a week ahead of the election, comparing the candidate to his late son Beau and praising him for his dedication to unions.

A longtime state representative, Rick Saccone, 60, is a conservative Republican who more embodies the policies of President Trump.

Saccone is more known for his religious conservatism as opposed to Murphy, who is a more mainstream Republican, Robert Speel, an associate professor of political science at Pennsylvania State University in Erie, told Fox News.

He was one of the lawmakers who championed Pennsylvania’s “Castle Doctrine,” or “stand your ground” law, which allows “law-abiding people to protect themselves, their families and others from intruders and attackers without fear of prosecution or civil action for acting in defense of themselves and others.”

Saccone also sponsored a bill that would require public school buildings to bear the motto “In God We Trust.” Additionally, he pushed for a “National Fast Day” in the state to mirror “President Lincoln’s proclamation of a national day of ‘humiliation, fasting and prayer.’”

Saccone is a retired Air Force officer with vast experience in counter-terrorism efforts, including working on task forces for two Olympic Games, according to his campaign website.

“I’ve got a resume that my opponent doesn’t have,” Saccone told Fox News.

Trump often tweeted his support of Saccone, including ahead of a January visit to the Keystone state.

“Rick is a great guy. We need more Republicans to continue our already successful agenda,” the president said.

Trump again traveled to western Pennsylvania the weekend before the election, urging voters to elect Saccone to advance the White House agenda.

Aside from Trump, Saccone also received support from Vice President Mike Pence and Ivanka, the president's daughter and adviser.

But not all Republicans were happy with Saccone, Politico reported just before the election. Strategists and national GOP officials described Saccone to the publication as “deeply underwhelming” as a candidate and complained about his fundraising ability. Saccone told Fox News the reported friction was “nonsense” peddled by his opponents.

Saccone is married with two sons. He studied in Africa, visited 75 countries, authored multiple books on North Korea and earned a Ph.D. in international affairs.

Pennsylvania’s 18th congressional district is located in the western part of the state near Pittsburgh. It includes parts of Allegheny, Greene, Washington and Westmoreland Counties and is made up of many rural, blue-collar voters.

There are actually more registered Democrats than Republicans in the district – a result of strong organized labor in the area.

Union workers are a key demographic for the special election, although Trump made inroads with the more than 80,000 members in the district with his candidacy, Yenerall said.

But Saccone’s anti-union voting record in the state legislature ultimately hurt him.

Due to redistricting in the state, both Lamb and Saccone are expected to run again later this year – in what will now be separate districts.

What shaped the election

Bellwether election: Pennsylvania’s 18th district overwhelmingly voted for Trump over Democratic nominee Hillary Clinton in the 2016 election. The election shaped up as the next test of Democrats’ enthusiasm and GOP resilience in the Trump era and an early indicator of whether a midterm wave could be coming later this year.

“Political activists are certainly looking at this race as an indicator of Pennsylvania and national trends,” Speel said.

Lamb’s win could “spell major trouble for Republicans in similar districts across the country,” Yenerall said ahead of the election.

“Both parties have a great deal at stake here. If a Democrat can win this type of district with the right type of candidate … it would mean the Democrats would do better than expected in the midterms," he had predicted.

Spending: This race was expensive. Lamb raised more than $3.3 million this year, compared to just $703,000 for Saccone, according to FEC records.

Ending Spending Inc., a super PAC founded by billionaire Joe Ricketts, was the first to hit the airwaves with a $1 million ad buy in support of Saccone.

The Congressional Leadership Fund, a super PAC tied to Republican House Speaker Paul Ryan, announced earlier this year that it would open two field offices in the district with 50 full-time canvassers.

In Lamb’s first television spot, he noted that he has refused “corporate PAC money.”

Tim Murphy fallout: The reasoning behind Murphy’s decision to leave office could have an effect on voters, some politicos in the state warned ahead of election night.

“It’ll be interesting to see if voters turn against the Republican Party, seeing them as hypocritical,” Speel said.

Lamb has already painted Republicans as the party of hypocrisy. When he was selected as the Democrats’ nominee, Lamb said he planned to expose Republicans’ “public hypocrisy fully equal to the private hypocrisy of Tim Murphy,” the Pittsburgh Post-Gazette reported in November.