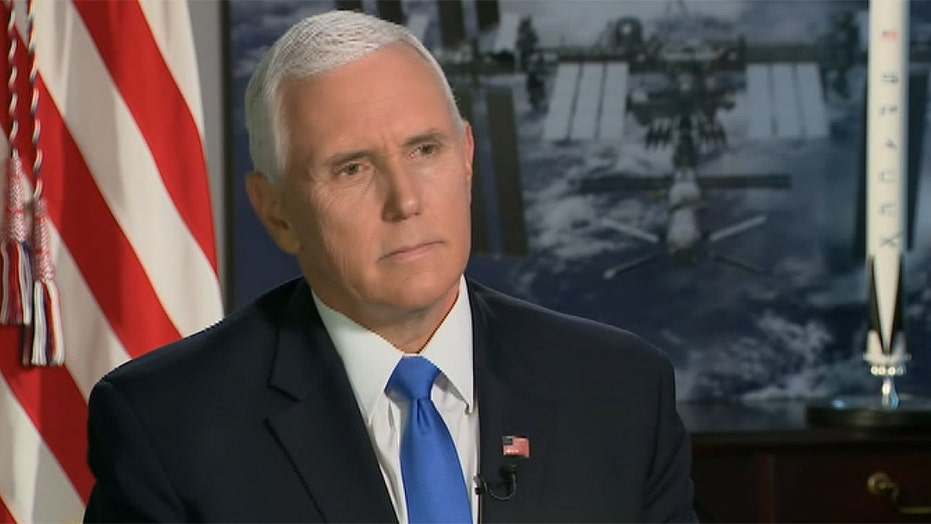 Vice President Mike Pence told Fox News Tuesday that he -- unlike President Trump -- is not taking hydroxychloroquine as part of an effort to stave off coronavirus.

“My physician hasn’t recommended that, but I wouldn’t hesitate” to take it if he did recommend it, Pence added.

Pence gave the interview following a meeting of the National Space Council at NASA’s headquarters, before next week’s SpaceX launch of American astronauts from American soil.

"Hydroxychloroquine is a drug that's been around for more than 40 years for the treatment of malaria but early in this process, the FDA approved what's called off-label use that physicians could prescribe hydroxychloroquine and terms that they deemed appropriate," the vice president continued. "I've heard anecdotal stories of Americans who've taken hydroxychloroquine in the midst of the coronavirus and, and, and sense that it made a real difference for them."

Pence also pointed to the administration's quick work to get remdesivir, another drug being used in trials to treat coronavirus, to all 50 states.

President Trump revealed to reporters Tuesday that he is taking the anti-malaria drug to try to prevent catching coronavirus.

“I'm taking it – hydroxychloroquine," Trump said.  "I think it's good. I've heard a lot of good stories. And, if it's not good, I'll tell you right, I'm not going to get hurt by it."

The president added that he consulted with the White House physician before starting to take the drug. Dr. Sean Conley, the president's physician, announced in a statement Monday night, "After numerous discussions he and I had about regarding the evidence for and against the use of hydroxychloroquine, we concluded the potential benefit from treatment outweighed the relative risks."

Trump has long touted the potential benefits of the drug to treating Covid-19, but its effectiveness has not been determined: The Food and Drug Administration warned health professionals last month that the drug should not be used to treat COVID-19 outside of hospital or research settings.