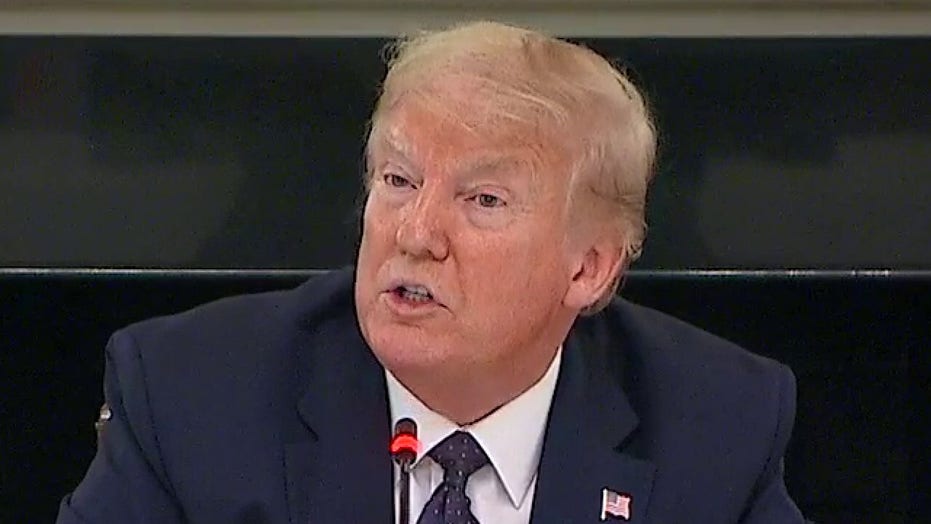 President Trump admits to taking hydroxychloroquine as a preventive measure for coronavirus.

President Trump revealed to reporters on Monday he’s taking the malaria drug hydroxychloroquine in an effort to prevent getting coronavirus, saying he’s been taking a pill every day for about a week and a half.

"I'm taking it – hydroxychloroquine," the president told reporters during a roundtable with restaurant leaders in the White House’s State Dining Room.

The president added that he consulted with the White House physician before starting to take the drug. Dr. Sean Conley, the president's physician, announced in a statement Monday night, "After numerous discussions he and I had about regarding the evidence for and against the use of hydroxychloroquine, we concluded the potential benefit from treatment outweighed the relative risks."

Hydroxychloroquine is a widely used anti-malarial drug that the president has touted as a possible treatment for COVID-19.

But, its effectiveness for treating coronavirus has been a subject of debate: A recent analysis of the use of the drug to treat COVID-19 patients in U.S. veterans’ hospitals found no benefit to using the drug and that there were more deaths among those given hydroxychloroquine versus standard care.

The nationwide study, which was released last month, was not a rigorous experiment. And, Trump has continued to defend the use of hydroxychloroquine to treat the novel coronavirus and slammed the demoted government scientist who filed a whistleblower complaint claiming he was removed from his post for disagreeing with the Trump administration’s push to use the drug.

Others, though, have pushed back against those findings.

"I'm not passing judgment on whether it should be used or not," Indiana Rep. Larry Bucshon, a physician, told Fox News of hydroxychloroquine. "Studies need to be completed. I can tell you that many doctors in the real world are using it off label for COVID-19."

Bucshon criticized the VA study: "The study is a retrospective chart review of VA patients who had COVID-19 and were treated," the congressman said. "It is not a trial of the drug."

Trump said last week that there was a "tremendous response" to hydroxychloroquine and called Rick Bright -- the former director of the Biomedical Advanced Research and Development Authority – a "disgruntled person."

During congressional testimony last week, Bright criticized Department of Health and Human Services leadership for their response to the pandemic and claimed that he was relegated to a lower position because he disagreed with the Trump administration's push to tout "drugs, vaccines and other technologies that lack scientific merit."

Trump's comments on Monday came during a wide-ranging Q&A with reporters, where he also said he was "surprised" to hear that Attorney General William Barr does not plan to open investigations into former President Barack Obama and former Vice President Joe Biden in regards to the origins of the Russia probe.

"I'm surprised," Trump said, adding that he had "no doubt Obama and Biden were involved" in the formation of the investigation into Russian interference in the 2016 elections.

Earlier on Monday, Barr said he does not expect U.S. Attorney John Durham’s review into the origins of the Russia probe to lead to a "criminal investigation" of either former Obama or Biden – noting, instead, that their concern of "potential criminality" in the conduct of that probe is "focused on others."

"As for President Obama and Vice President Biden, whatever their level of involvement based on what I know, I don’t expect Durham’s work will lead to a criminal investigation of either man," Barr said. "Our concern of potential criminality is focused on others."

Both Trump and Barr’s comments comes after Obama and Biden -- the presumptive Democratic presidential nominee -- have faced heightened criticism from Republicans for any potential role in the early stages of the probe. Trump last week even called for Obama to be summoned to testify before Congress. 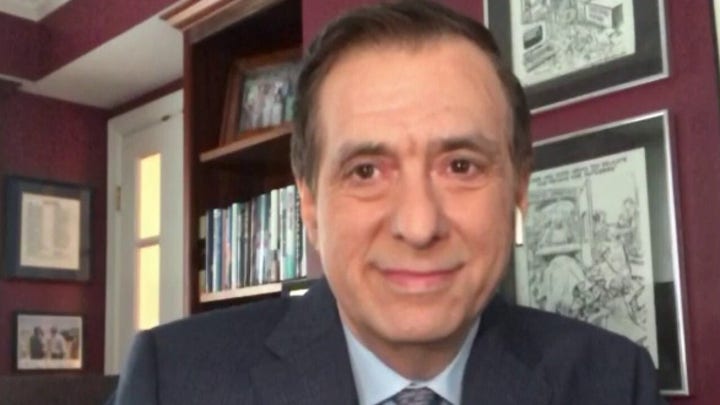 The politically explosive environment -- bringing the country into uncharted territory, with a former president accused by critics of involvement in a political probe related to his eventual successor, and the sitting president now essentially calling for retribution against his predecessor -- has built ever since the DOJ moved to dismiss its case against Michael Flynn.

Barr and the DOJ cited problems with the FBI's interview with the Trump national security adviser in deciding to back away from the prosecution on the charge of lying to investigators. New documents, meanwhile, indicated Obama was at least aware of the details of Flynn's intercepted December 2016 phone calls with then-Russian Ambassador Sergey Kislyak, that were a subject of that fateful interview. Then, a list was released of Obama-era officials involved in seeking to "unmask" what turned out to be Flynn's name in intelligence reports.

Both Biden and Obama's chief of staff were among the officials involved in those requests.

Trump last week insisted Obama was involved in an unspecified "crime," and continued to rail against the Obama administration in interviews. 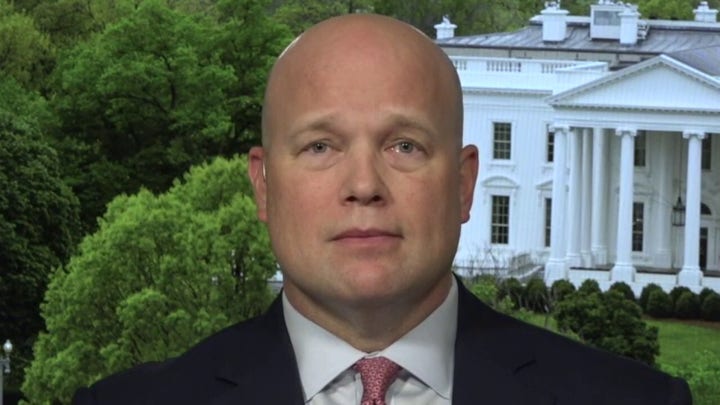 But, a close Trump ally, Senate Judiciary Committee Chairman Lindsey Graham has been reluctant to go along with the president’s demand that Obama be called to testify.

"As to the Judiciary Committee, both presidents are welcome to come before the committee and share their concerns about each other. If nothing else it would make for great television. However, I have great doubts about whether it would be wise for the country,” he said in a statement last week.