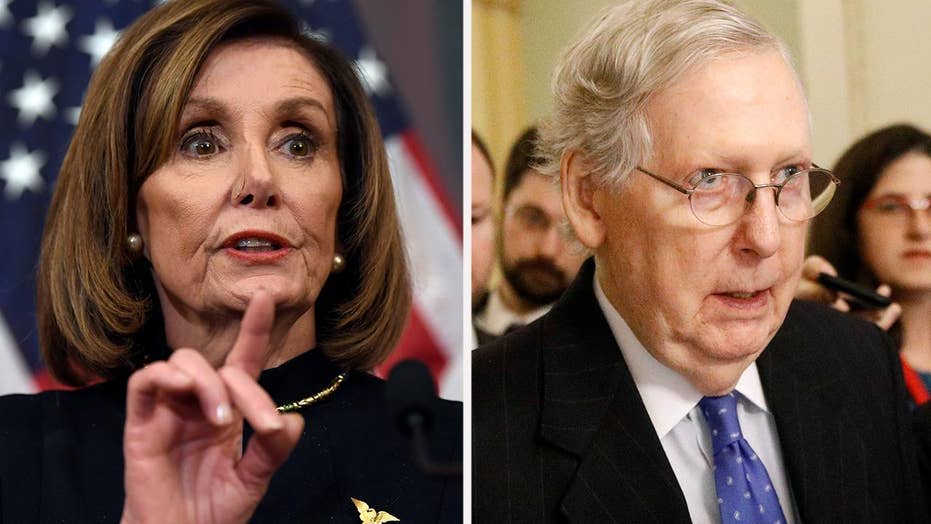 Consider it a twist on the old question about a tree falling in the forest with no one to hear it: If the House adopts articles of impeachment but never sends them to the Senate, is a president truly impeached?

A Harvard law professor, who also served as a Democrat-called impeachment witness, answered with a resounding “no” in a column that speaks to the deep dilemma House Speaker Nancy Pelosi faces as she sits on two articles of impeachment against President Trump.

Pelosi, D-Calif., is apparently using the delay as leverage to extract favorable terms for a Senate trial. But Noah Feldman wrote for Bloomberg that an “indefinite delay” would pose a “serious problem”—as impeachment only technically happens when the articles are transmitted to the Senate.

“If the House does not communicate its impeachment to the Senate, it hasn’t actually impeached the president,” he continued. “If the articles are not transmitted, Trump could legitimately say he wasn’t truly impeached at all.”

Pelosi signaled late Wednesday after the House passed articles of impeachment—on abuse of power and obstruction of Congress—that she wanted reassurances that the Senate would hold a fair trial, likely involving certain Democrat-sought witnesses, before sending over the articles.

Senate Majority Leader Mitch McConnell, R-Ky., on the floor Thursday seemed baffled at Pelosi’s move to withhold the articles, arguing that the House speaker doesn’t have the leverage she thinks she does.

“Some House Democrats imply they are withholding the articles for some kind of leverage,” McConnell said. “I admit, I’m not sure what leverage there is in refraining from sending us something we do not want. Alas, if they can figure that out, they can explain.”

He added: “Following weeks of pronouncements about the urgency of the situation, urgent situation, the prosecutors appear to have developed cold feet. Democrat prosecution seems to have gotten cold feet and be unsure about whether they want to proceed to the trial. Like I said, a very unusual spectacle, and in my view, certainly not one that reflects well on the House.” 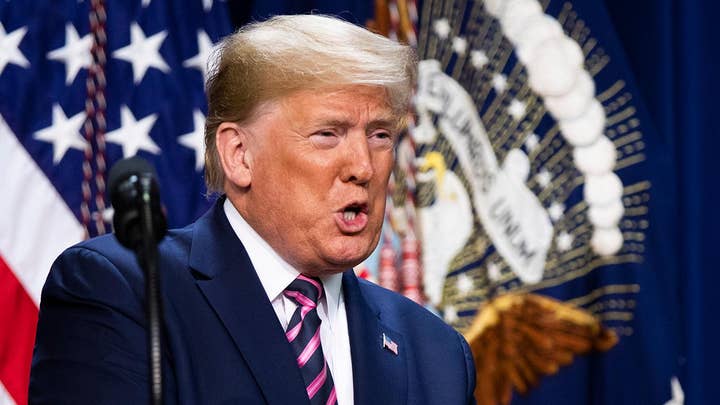 “So, we’ll see whether House Democrats ever want to work up the courage to actually take their accusation to trial,” McConnell said.

Despite McConnell saying the Senate doesn’t actually “want” to receive the articles, President Trump has called for an immediate trial and is evidently looking for his day in court to be acquitted for the alleged crimes surrounding his efforts to pressure Ukraine to launch politically advantageous investigations. The request came after the administration had withheld millions in military aid to Ukraine, though Trump has denied any quid pro quo was at play.

“I got Impeached last night without one Republican vote being cast with the Do Nothing Dems on their continuation of the greatest Witch Hunt in American history,” Trump tweeted Thursday. “Now the Do Nothing Party want to Do Nothing with the Articles & not deliver them to the Senate, but it’s the Senate’s call!”

"Senate rules requiring the House to 'immediately' present its articles of impeachment to the Senate clearly violate the constitutional clause in Article I giving each house the sole power to make its own rules," Tribe tweeted on Wednesday.

"It’s up to the House when and how to prosecute its case in the Senate," he added, just hours before House Democrats voted to approve the two articles of impeachment.

Before Wednesday's vote, Tribe penned a Washington Post op-ed calling on the House not to let McConnell hold a "Potemkin trial."

"This option needs to be taken seriously now that Majority Leader Mitch McConnell, R-Ky., has announced his intention to conduct not a real trial but a whitewash, letting the president and his legal team call the shots," Tribe wrote.

Tribe's op-ed added that the House didn't need a constitutional provision allowing it to withhold the articles from the Senate.

Pelosi, for her part, made clear earlier this week that she's concerned with how McConnell would arrange a trial in the GOP-led Senate.

But with the trial schedule thrown into doubt as Congress breaks for the holidays absent an agreement, Feldman's op-ed suggests that time is not on Pelosi's side.

"[I]f the House never sends the articles, then Trump could say with strong justification that he was never actually impeached. And that’s probably not the message Congressional Democrats are hoping to send," he wrote.

Fox News’ Sam Dorman and Gregg Re contributed to this report.