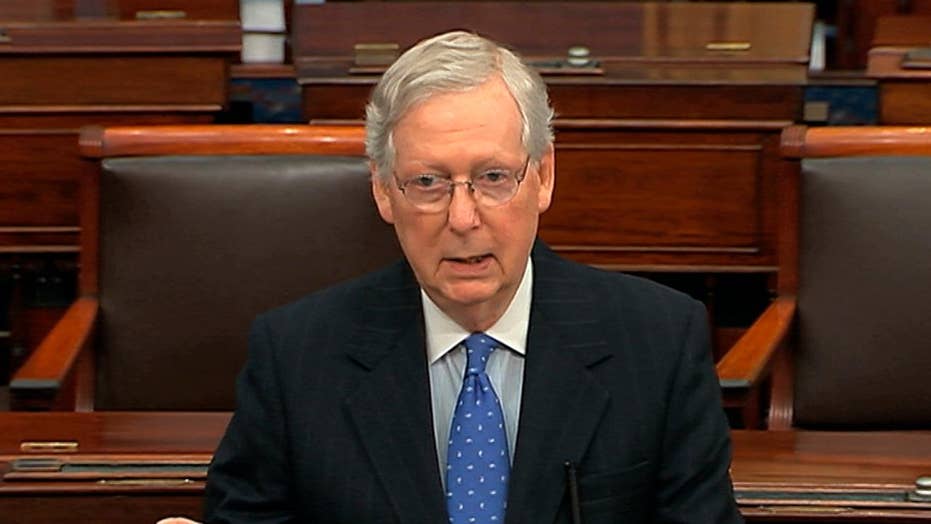 Senate Majority Leader Mitch McConnell, R-Ky., incredulously returned to the Senate floor late Thursday to declare that the Senate and House Democrats were at an "impasse" over whether the House would transmit its articles of impeachment against President Trump to the GOP-controlled Senate for a constitutionally mandated trial.

McConnell, speaking after a meeting with Senate Minority Leader Chuck Schumer, D-N.Y., said the top Democrat had insisted on "departing from the unanimous bipartisan precedent that 100 senators approved before the beginning of President [Bill] Clinton's trial" concerning logistics.

The back-and-forth rhetoric comes as Noah Feldman, the Harvard Law School professor who testified for Democrats at the impeachment inquiry earlier this month, wrote an explosive op-ed asserting that if Democrats do not forward the impeachment articles to the Senate as dictated by the Constitution, then Trump was never even impeached at all. The Constitution dictates that after impeachment by a majority in the House, a two-thirds vote is needed in the Senate to remove a president from office.

Feldman cautioned that impeachment "means the House sending its approved articles of impeachment to the Senate, with House managers standing up in the Senate and saying the president is impeached."

MCCARTHY MOCKS PELOSI FOR SHOOTING DOWN IMPEACHMENT QUESTIONS FROM REPORTERS

Therefore, "if the House does not communicate its impeachment to the Senate, it hasn’t actually impeached the president," Feldman said. "If the articles are not transmitted, Trump could legitimately say that he wasn’t truly impeached at all." 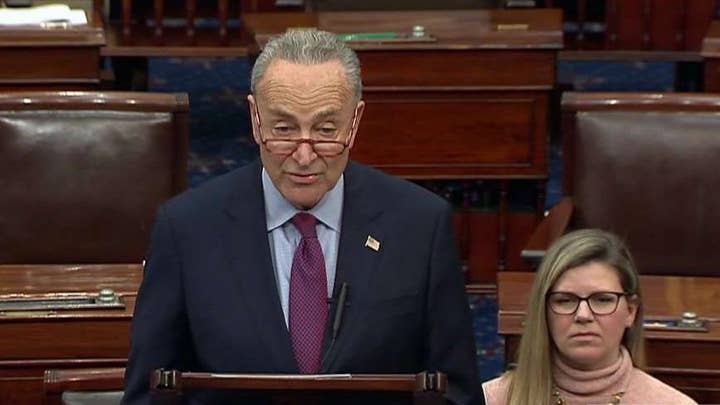 (Pursuant to House procedures, a president impeached by the House in one Congress can be tried by a Senate in the next Congress, but impeachment managers would need to be re-appointed by the new House.)

Schumer had requested a "special pre-trial guarantee of certain witnesses whom the House Democrats, themselves, did not bother to pursue as they assemble their case," McConnell said. He noted that in 1999, "all 100 senators endorsed a common-sense solution" to divide the process into two stages: one laying the groundwork for rules on matters such as opening statements, with another handling "mid-trial questions such as witnesses."

"Some House Democrats imply they are withholding the [impeachment] articles for some kind of leverage," McConnell said. "I admit, I'm not sure what leverage there is in refraining from sending us something we do not want. Alas, if they can figure that out, they can explain."

He continued: "Following weeks of pronouncements about the urgency of the situation, urgent situation, the prosecutors appear to have developed cold feet. Democrat prosecution seems to gotten cold feet, and to be unsure about whether they want to proceed to the trial, like I said, a very unusual spectacle. And in my view, certainly not one that reflects well on the House.

"So we'll see we'll see whether House Democrats ever want to work up the courage to actually take their accusation to trial," McConnell concluded, after slamming Democrats for advancing a "muddled" message on the topic. "Let me close with this, Mr. President. I am proud the Senate came together today to confirm more well-qualified nominees and pass major legislation for the American people."

For his part, Trump called for an immediate Senate trial: "So after the Democrats gave me no Due Process in the House, no lawyers, no witnesses, no nothing, they now want to tell the Senate how to run their trial," he tweeted late Thursday. "Actually, they have zero proof of anything, they will never even show up. They want out. I want an immediate trial!"

Earlier in the day, McConnell delivered a separate address, which Schumer bashed as a "30-minute partisan stem-winder."

"This particular House of Representatives has let its partisan rage at this particular president create a toxic new precedent that will echo well into the future,” McConnell said on the floor.

"Is the president’s case so weak that none of the president’s men can defend him under oath?" Schumer asked. "If the House’s case is so weak, why is Leader McConnell so afraid of witnesses and documents?"

Late Wednesday, House Speaker Nancy Pelosi, D-Calif., floated the possibility that the House would not send the articles of impeachment to the Senate, where McConnell likely would oversee a strong defense of the president that could prove politically damaging for vulnerable Democrats.

"We’ll make a decision... as we go along." Pelosi told reporters, adding that "we'll see what the process will be on the Senate side."

On Thursday, Pelosi hastily shot down questions on impeachment and sending the articles to the Senate, prompting mockery from top GOP officials.

In 1998, after the impeachment of President Bill Clinton, the House sent the charges off to the Senate within minutes. This time around, the House may want to hold onto the articles as leverage to extract concessions from Senate Republicans -- or to bury impeachment, as it proves increasingly unpopular among moderates in key battleground states. 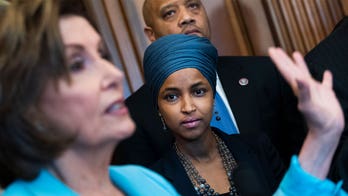