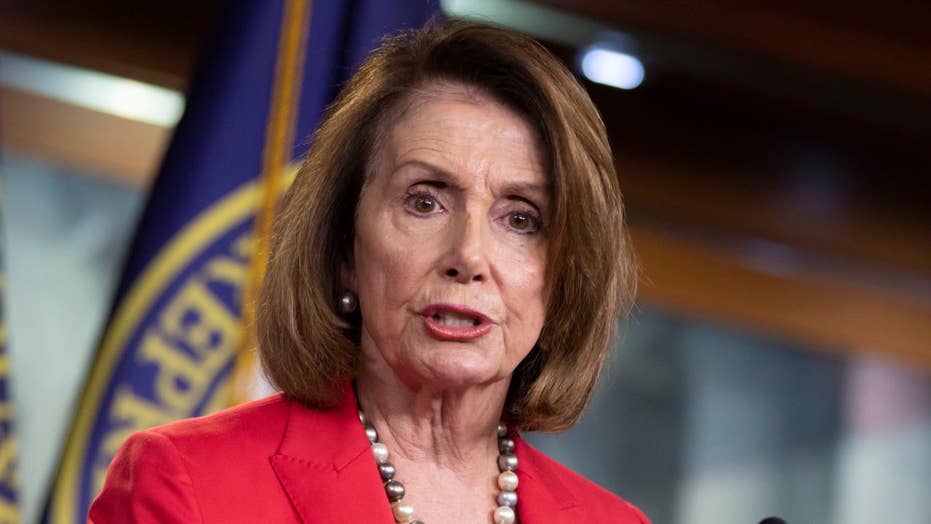 The Conference Board's Consumer Confidence Index rose 2.4 points in May, reaching 128 -- for the highest reading in more than 17 years, the organization said this week.

But in her weekly news conference, the California Democrat downplayed the figure, just a week after she claimed low unemployment numbers reported earlier “mean little” to the American people.

Her recent responses about the economy have prompted Republicans to nickname her “Negative Nancy” over her attempts to downplay positive news.

"(P)eople say, ‘Oh my goodness, ... people are saying the unemployment rate is down, why isn’t my purchasing power increasing?" Pelosi said. "So, this isn’t just about the unemployment rate, it’s about wages rising in our country, so that consumer confidence is restored.”

But just as consumer confidence hit its highest point in decades, data revealed last week also showed that the unemployment rate dropped to an 18-year-low of 3.8 percent, with the addition of 223,000 jobs in May, and average hourly earnings rose 0.3 percent. 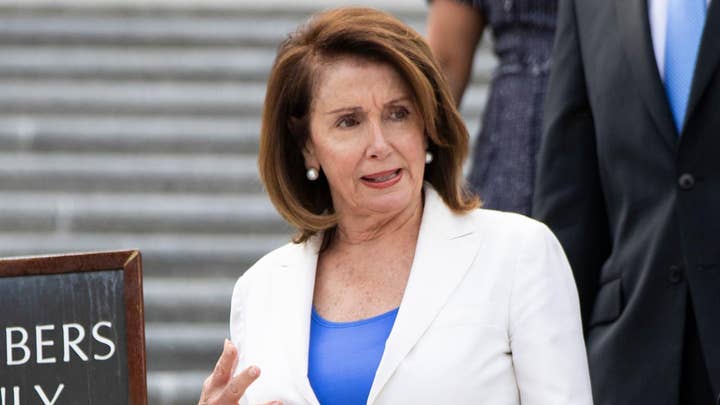 Nevertheless, Pelosi went on to attack the administration and the GOP, saying "Republicans’ cruel, cynical health care sabotage campaign is already spiking families’ premiums by double digits and pushing millions off their coverage, according to the nonpartisan CBO [Congressional Budget Office]."

She continued her analysis:

"Big Pharma continues to hoard the benefits of the GOP tax scam, using their handouts to further enrich executives and shareholders instead of lowering prescription drug costs for seniors and sick kids. At the same time, the president’s reckless policies are exploding gas prices, wiping out the few meager gains that some families should have received from the GOP tax scam, as wages remain stagnant." 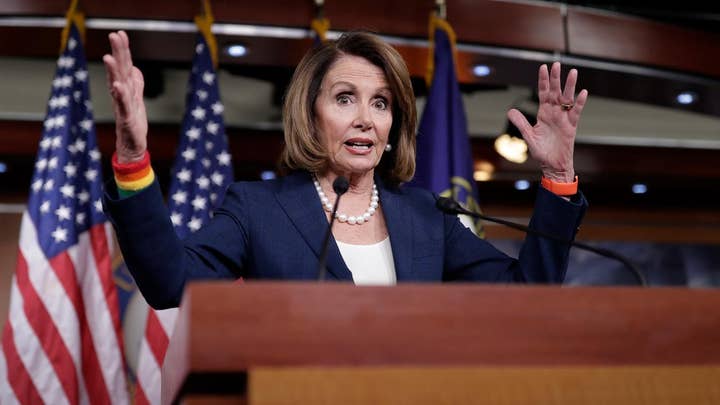 But while Pelosi rails against Trump and company, she is facing increasing criticism both from the right and left of the Democratic Party.

On the left, Pelosi is viewed as too moderate at a time when the party is embracing the socialist politics of U.S. Sen. Bernie Sanders, I-Vt., and openly campaigning for some form of socialized medicine and greater government regulation of the economy.

She drew fire after confirming the party will abide by the fiscally conservative pay-as-you-go budget rule if the party regains the majority after November elections. The budget-neutral rule requires tax cuts or increases in spending to be covered by tax increases or cuts in spending.

U.S. Rep. Raúl Grijalva, D-Ariz., criticized Pelosi and other Democrats for conceding and promising to adopt the rule.

“The pay-go thing is an absurd idea now given the times and given what’s already been done to curry favor with corporate America,” Grijalva said, according to the Hill.

“It’s a stupid rule. It is entirely counter-productive to progressive policy goals,” wrote Esquire's Charles Pierce. “In case nobody in the Democratic leadership has noticed, the rising energy in the party is not coming out of the budget-hawk cryptkeepers.”

“Right now, the country is giving serious consideration to things like Medicare-for-all and some sort of free college. This isn’t the time to go all Al From again. It also guarantees a serious intraparty skirmish that’s already underway,” he added.

On the right, red-state Democrats want to see some moderation of her tone when it comes to attacks on Trump, fearing it will hurt their prospects in the midterm elections.

Many candidates also fear GOP’s efforts to use Pelosi’s statements to portray the whole party as out-of-touch and representative of West Coast liberals.

U.S. Rep. Conor Lamb, D-Pa., distanced himself from Pelosi during the election last year and said he wouldn’t vote for her remaining the minority leader in the U.S. House. His strategy paid off as he won the special election in a historically GOP district that Trump had won by nearly 20 points.