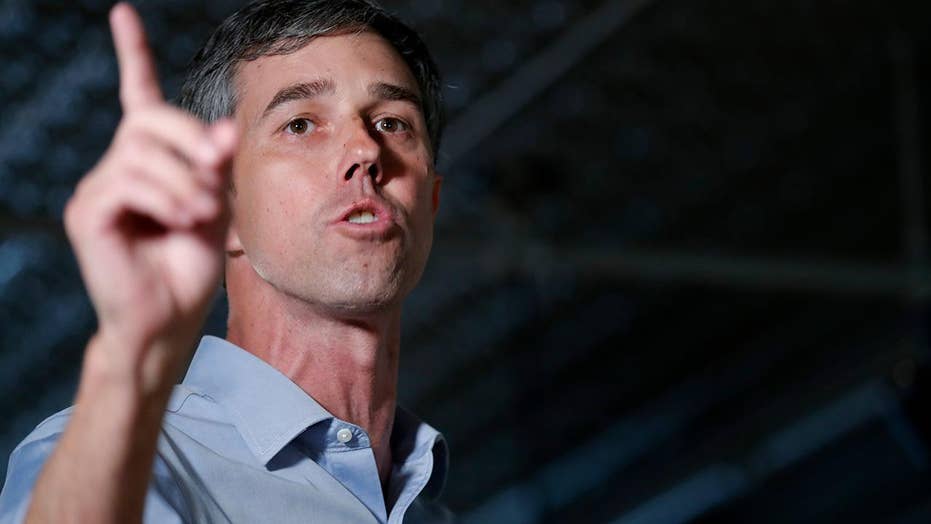 Beto O’Rourke said in a new interview that the “best way” to oust President Trump would be to vote him out of office in 2020, rather than pursuing impeachment.

The former three-term congressman from Texas on Thursday launched his much-anticipated bid for the Democratic presidential nomination. During his Senate campaign against GOP Sen. Ted Cuz, he said Trump should be impeached. But now that he's all in for 2020, he told CBS News in an interview that the ballot box is a better route to take.

“I think the American people are going to have a chance to decide this at the ballot box in November 2020, and perhaps that's the best way for us to resolve these outstanding questions," he said, in an interview conducted on the campaign trail in Iowa hours after he announced his presidential run.

He also called for raising taxes on the wealthy and corporations and defended his credentials to serve as president -- saying he has experience “hiring people” and “creating jobs.”

Still, his comments may not sit well with many progressive Democratic primary voters, who are hungry to impeach the president.

O'Rourke said Trump's firing of former FBI Director James Comey in 2017 and his tweeting to then-Attorney General Jeff Sessions to bring an end the Russia investigation were potential examples of obstruction of justice. But he acknowledged that any decision to impeach the president was up to Congress and earlier this week the top Democrat on Capitol Hill, House Speaker Nancy Pelosi, made clear she opposes impeaching Trump at this time because it would be too divisive.

"How Congress chooses to address those set of facts and the findings which I believe [we] are soon to see from the Mueller report is up to them,” he said.

O’Rourke said “yes” when asked in the interview if he would raise taxes on the wealthy.

Pelosi was asked Thursday about O’Rourke’s accomplishments in the House during his three terms representing El Paso in Congress. She failed to pinpoint any specifics and instead spotlighted his “vitality.”

Questioned whether he had the experience to serve in the Oval Office, O’Rourke gave an answer that’s likely to invite criticism, saying “it depends on what kind of experience you’re looking for. I’ve got experience hiring people, creating jobs, developing the economy of the community in which I live, serving in local government, with Amy (his wife) helping to raise a family.”

Hours after the launch of his campaign, O’Rourke was criticized by Trump.

Trump himself is known for expressive hand gestures, however, and O'Rourke brushed off the comments.

"I'm pretty animated," O'Rourke acknowledged during his CBS News interview. “I am who I am.”

And responding to Trump’s criticism, O’Rourke said: “I really do think we all want to get past the pettiness, the personal attacks.”

"Let's not put anybody down. Instead, let's lift each other up. Let's bring out the absolute best from our fellow Americans -- every single one of them from every single community,” he added.

On health care, O’Rourke once again called for universal coverage but wasn't married to "Medicare-for-all," which many of his rivals for the nomination support.

“I think Medicare-for-all is one of the possible paths. I think the fastest way to get there is to ensure that people who have insurance that they like through their employer are able to keep it and we compliment that with those who can purchase Medicare.”

The interview came during O’Rourke’s three-day swing through Iowa, the state that votes first in the presidential caucus and primary calendar. The candidate’s expected to hold a formal kick-off on March 30 in his hometown of El Paso.