An Oregon Democrat is seeking a hike in Medicaid funding to help finance unarmed response teams that would replace police officers in some instances, according to a report.

According to Wyden’s office, the CAHOOTS proposal “takes best practices from Oregon and encourages other states to adopt them through increased Medicaid funding,” the news outlet reported.

The estimated dollar amount for implementing the proposed program was not clear.

It also wasn't clear whether CAHOOTS would differ from similarly aimed programs that have been emerging since President Trump issued his Safe Policing for Safe Communities executive order, an alternative to defunding the police.

Dallas and Denver are among the cities with programs that align with the president's order, Fox News reported in July. 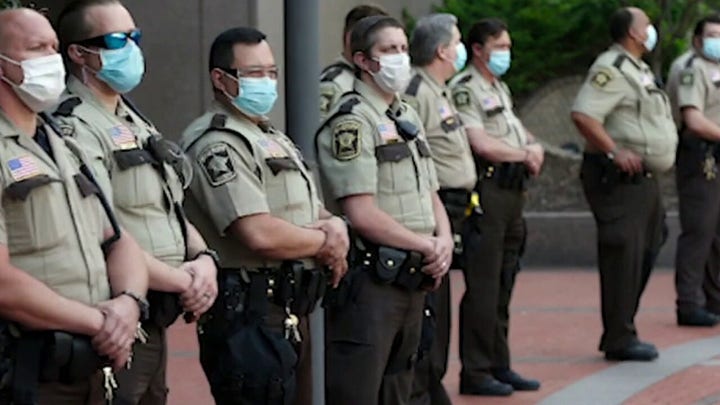 In July, Wyden visited with CAHOOTS leaders at the White Bird Clinic and discussed possible ways Congress could support its work, the Register Guard of Eugene reported. The program has operated in Eugene for about 30 years, the newspaper reported.

CAHOOTS leaders have also been meeting with local leaders across the country in hopes of replicating their services.

In July, CAHOOTS officials met with leaders in Providence, R.I., telling officials there that the program field some 24,000 calls in 2019, representing about 20% of calls to 911, the Providence Journal reported.

“CAHOOTS is not law enforcement,” Daniel Antonson, a former medic with CAHOOTS, said at the meeting. “They do not carry weapons, but rather they utilize trauma-informed deescalation and harm reduction techniques.”

“CAHOOTS is not law enforcement. They do not carry weapons, but rather they utilize trauma-informed deescalation and harm reduction techniques.”

Of the 24,000 calls to CAHOOTS, only about 250 required subsequent calls to police, Mark Pinsley, controller of Lehigh County, Pa., claimed in an op-ed in July in The Morning Call of Allentown, Pa.

Programs such as CAHOOTS gained national attention in recent months amid talks by liberals And Democrats of defunding police departments in the wake of the May 25 death of George Floyd in police custody in Minneapolis. Portland and other Oregon cities have since become sites for frequent protests and rioting that have spread across the U.S. since Floyd’s death.

Wyden’s plan is already part of a broader Senate bill drawn up by Democrats called the Justice in Policing Act of 2020, OregonLive.com reported.

Wyden co-sponsored the broader bill in June, OregonLive.com reported. Harris and Bass are said to be on the short list to become the running mate of presumptive Democratic presidential nominee Joe Biden.

In July, Wyden was among the members of Oregon’s congressional delegation who called for investigations into the Trump administration’s deployment of federal agents to quell rioting in Portland, where federal property was under nightly threat from rioters.