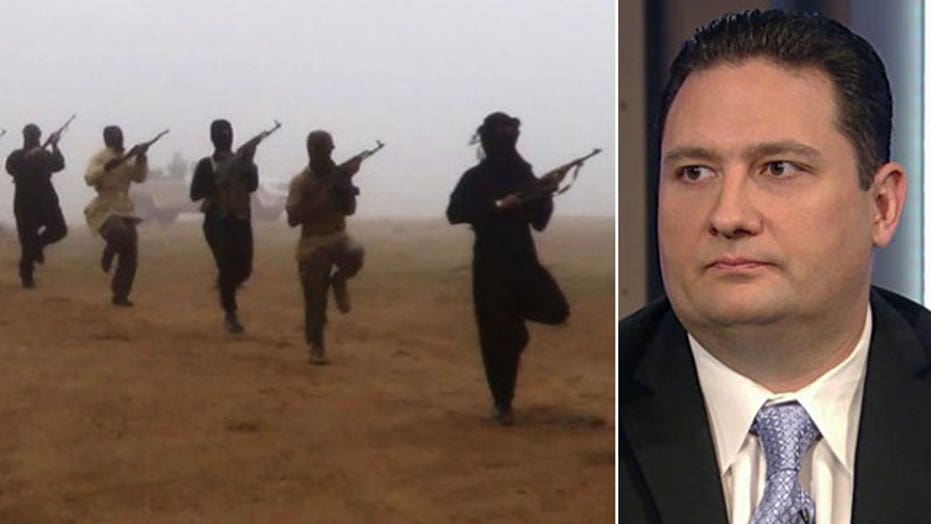 Expert: Al Qaeda at the core of Khorasan terror group

Thomas Joscelyn, senior fellow at The Foundation for Defense of Democracies, explains

The Obama administration is sending mixed messages over how closely tied Al Qaeda's core leadership is to a group of Al Qaeda fighters in Syria who have been targeted by U.S. airstrikes.

The network, called the Khorasan Group, was targeted by the U.S. military during the first wave of strikes last week inside of Syria. While few had heard of the group until recently, officials said they'd been tracking Khorasan for two years.

But the appearance of hardened Al Qaeda fighters in Syria -- allegedly plotting attacks against the West -- immediately raised doubts about the administration's repeated claims that "core" Al Qaeda has been "decimated."

A week after strikes began, officials still do not appear to be on the same page on that question: Is Khorasan the same as Al Qaeda?

State Department spokeswoman Jen Psaki claimed Tuesday that the Khorasan Group is merely an "affiliate" with "ties to core Al Qaeda, but is not a part of core Al Qaeda."

But that was after the State Department, on Monday, put out a written clarification on the relationship. In that statement, the department said: "The 'Khorasan Group' is a term sometimes used to refer to a network of al-Nusrah Front and al-Qai'da core violent extremists who share a history of training operatives, facilitating fighters and money, and planning attacks against U.S. and Western targets."

And Pentagon spokesman Rear Adm. John Kirby did not mince words when asked Tuesday about the difference between Khorasan and Al Qaeda.

He said they are an Al Qaeda "offshoot" and "we consider these groups one and the same."

Despite Psaki's latest claims that the group is merely an affiliate, the statements from elsewhere in the administration that they are more closely tied could challenge claims that Al Qaeda core is "decimated."

Psaki tried to clarify Tuesday that what has been decimated is "core Al Qaeda based in Afghanistan and Pakistan."

Republican lawmakers have long challenged administration claims that Al Qaeda has been decimated.

Meanwhile, they continue to criticize President Obama for saying in a "60 Minutes" interview that part of the reason the Islamic State gained in power in Syria was that the intelligence community "underestimated" the threat.

Amid accusations that the president was looped in on these threats for months as part of his "presidential daily brief," Sen. Lindsey Graham, R-S.C., on Tuesday wrote to Obama urging him to make those briefs - from the past 18 months - available for review by congressional committees.