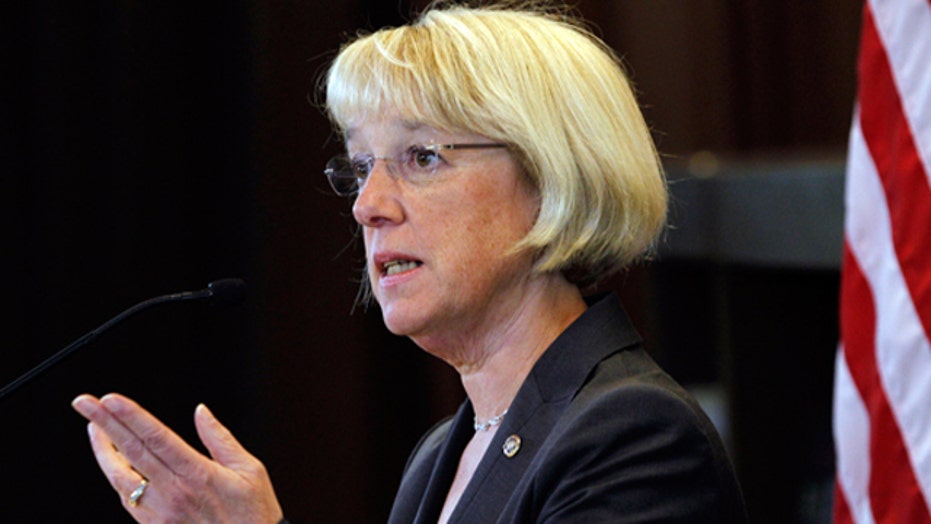 The Politics of the Zimmerman trial. Napolitano resigns. Why should we worry about abortion? Chris Stirewalt and guests discuss

Democrats are about to learn a hard lesson on wedge issues.

The Texas Senate today is all but certain to pass restrictions on late-term abortion, reversing the result from last month when Democratic state Sen. Wendy Davis exploited a procedural bungle by majority Republicans to filibuster and block the bill. Davis has been afforded heroine status by pro-choice Democrats across the country and is all but certain to seek to replace outgoing Gov. Rick Perry.

But this isn’t really a Texas issue. The legislature seems to be acting in step with what Lone Star State voters want: a ban on late-term elective abortions and new regulations on abortion clinics. This isn’t a sneak attack. And the odds of Davis defeating likely GOP standard-bearer Attorney General Greg Abbott look low, and no amount of rah-rahing from national Democrats will change that. In Texas, it probably even hurts.

No. This is part of a national effort in which Republicans, armed with polls that show broad and broadening support (now at about 60 percent) for restrictions on elective abortions after the fifth month of pregnancy, are looking to change the debate on the subject. Rather than a total prohibition sought by the pro-life movement in the decades after the Roe v. Wade decision, Republicans are looking to meet voters where they are and enact limits.

The Gosnell case in Philadelphia is no small part of this, as the horror show there covered not only unsafe and unsanitary conditions in a largely unregulated environment, but also the killing of viable babies in late-term procedures.

Democrats are raising big money and donning pink sneakers in solidarity with Davis today. The message is that Republicans are waging war on women and that a spunky, telegenic woman in red state Texas took on those grumpy white men. Watch today as big name Democrats cheer on Davis and warn of similar assaults on “a woman’s right to choose” in other states.

But the blue team needs to tread cautiously. As Republicans have learned on the issue of gay marriage, mobilizing a party’s base on a wedge issue can be big trouble. The arc of history and public opinion is bending away from Democrats who take a position of unrestricted abortion on demand. The science of ultrasound and neonatal care and an effective message from pro-life groups has turned the tide.

Right now, it looks appealing to Democrats to whip up their base on this issue ahead of midterm elections. Pro-choice activists are important to the Democratic coalition. But they’re demanding, too. While Democrats can say that this is “settled” and scold Republicans for bringing up the subject, science and public opinion are irresistible forces.

While Democrats may get lucky with another Rep. Todd Akin-esque quote or two about abortion, being the party that champions unrestricted, elective abortion for babies in the sixth month of gestation and beyond is a long-term loser for a party which boasts a strategy of massive reliance on Hispanic voters, a strongly pro-life demographic bloc.

But by taking the hard line now to whip up the activist base, Democrats will lose flexibility on the subject later. Republicans are still suffering migraines over the 2004 strategy on gay marriage. Like Democrats now, Republicans were rallying to preserve the status quo. But when the status quo is going to fall, there’s little to be gained and much to be lost for being a dead-ender. The Republicans learned that on the Civil Rights Act as Democrats learned on supporting Jim Crow before.

Facing a tough landscape in 2014, Democrats out to be worried that they become the party of late-term abortion. Running Davis for governor, for example, would be pretty disastrous. Her pink shoes are out of step with voters there. But Democrats will learn that it’s not just Texas that’s ready to rethink abortion.

“But if Harry Reid wants to drop the big one, go ahead, Harry.  I think [Judge Andrew Napolitano] is absolutely right: They will rue the day.  One day Republicans are going to be in office and they are going to use this.”