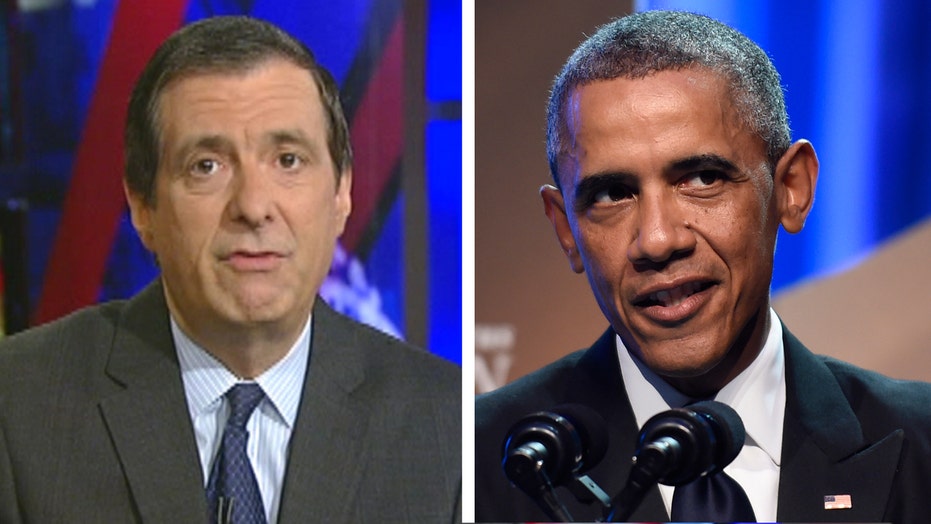 Even as President Obama was admitting to “60 Minutes” that his administration underestimated the ISIS threat, he continued to insist that he won’t send ground troops to Iraq and Syria.

If there’s one line in the sand the president has drawn again and again, it’s that there will be no American boots on the ground.

On that question, it turns out, he faces a massive credibility gap.

In a new NBC/Wall Street Journal/Annenberg poll, 72 percent of those questioned believe that U.S. ground troops will in fact be dispatched. Only 20 percent say ground forces won’t be sent.

My guess is that this huge majority doesn’t necessarily believe that Obama is deliberately lying, but that he will be drawn into the Middle East quicksand.

History suggests that’s hardly an unreasonable fear. The phrase “credibility gap” was coined during Vietnam when LBJ—who had vowed during the campaign not to send American boys to fight in an Asian land war—kept escalating the troop levels as he and his commanders kept promising a “light at the end of the tunnel.”

George W. Bush launched an invasion that a former Pentagon adviser insisted would be a “cakewalk,” and yet as many as 160,000 American troops wound up being bogged down in Iraq for a decade.

Could the same fate await us in the war against ISIS? The public is undoubtedly reacting to warnings by a number of current and retired generals that America can’t win this battle against the terrorists with air power alone.

There’s a separate, startling figure in the NBC poll: 45 percent are in favor of using ground forces “if military commanders think they’re the best way to defeat the ISIS army,” while 37 percent are opposed to such an outcome.

Talk about a sea change. In a country that was understandably tired of seemingly endless conflict in Iraq and Afghanistan, and which elected Obama to wind down these wars, nearly half are ready to go at it again if military leaders deem it necessary.

This, in my view, is directly related to the heavy coverage of the ISIS threat and the brutal beheadings. Americans don’t want their sons and daughters dying to prop up resentful regimes in Baghdad and Kabul, but they are more than willing to send troops if they feel that our country is threatened. This sudden shift is why the president moved so quickly from we-don’t-have-a-strategy to sustained airstrikes in Syria as well as Iraq.

John Boehner appears to have changed as well. He told ABC’s George Stephanopoulos that he doesn’t think the Obama strategy will work and “it’s going to take more than air strikes to drive them out of there. At some point somebody’s boots have to be on the ground.”

Asked whether those would be American boots if training of local forces doesn’t work, the House speaker said:  “We have no choice. These are barbarians. They intend to kill us, and if we don’t destroy them first, we’re going to pay the price.”

One might reasonably ask why Boehner hasn’t demanded an immediate vote on authorizing this war. He says he’s happy to do so but that Obama hasn’t asked. The truth is that neither party wants a vote before the elections, and the president is happy to accommodate them. It’s a dereliction of duty, but very few lawmakers want to press the matter right now.

The real news of the “60 Minutes” interview was the president conceding the obvious, that his administration badly misjudged the ISIS threat. When Steve Kroft asked the question, Obama put it off on his director of national intelligence, saying “Jim Clapper has acknowledged that they underestimated what had been taking place in Syria.”

Kroft followed up, saying Clapper had admitted not only underestimating ISIS but also having “overestimated the ability and the will of the Iraqi military to fight the extremist group.”

At a briefing yesterday, press secretary Josh Earnest insisted that “everybody” underestimated ISIS.

As numerous journalists and politicians have pointed out, the surging power of the terrorists who came to be known as ISIS was widely reported over the last year; this was no state secret. We can’t know what would have happened if Obama had tried to arm the Syrian rebels a year ago, but can our intelligence agencies really have blown it this badly?

“If that’s the case,” asks Hot Air’s Ed Morrissey, “why is Clapper still drawing a paycheck? After all, this is the same James Clapper that deliberately misled Congress about the NSA’s domestic data trawling, so it’s not as if he’s a universally credible figure anyway. Now we seemed to have missed the emergence of one of the biggest terror threats since the Taliban in Afghanistan took over after we helped push the Soviets out, and Clapper still has a job. If the buck-passing has any credence at all, Obama would have canned him in June.”

“This is just what political reporters do. Whenever you have a big story like a war, it will be reported by two sets of journalists. The first is those with expertise in the subject — in this case, foreign affairs and national security reporters. The second is the political reporters. The latter have always exhibited a strange contradiction, in which they can’t stand politicians who are relentlessly ‘on message,’ but also swiftly punish any politician who strays off message with endless ‘gaffe’ coverage.

“Obama is getting such punishment today. The lesson he may take from it is that he shouldn’t admit mistakes (so long as that reluctance stops short of being almost pathological, as Bush’s was). But that’s exactly what we want presidents to do, not simply because it means being honest, but also because it helps everyone — both the public and those in government — to understand where we’ve fallen short and where we might fall short again.”

It’s true that the political press loves to pounce on mistakes and admissions. But this is one hell of an admission. The administration’s underestimation of ISIS, if that’s what it was, had hugely damaging consequences that allowed these butchers and beheaders to make progress that we are just now trying to roll back. No matter what definition you devise, that is important news.