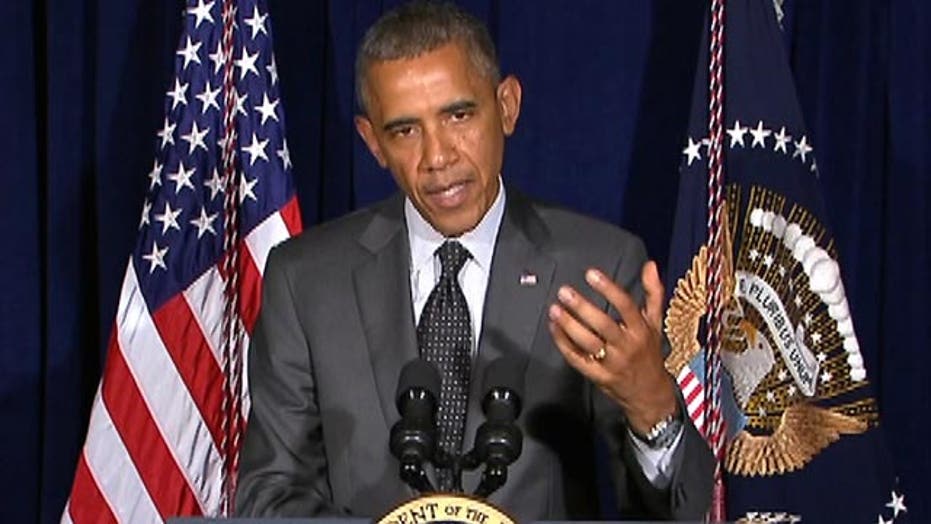 President calls on Congress to act

President Obama is in Texas but isn’t visiting the border, which has been overwhelmed by vast waves of Central American children seeking refuge in the United States.

How important is what political pros call the “optics” of the situation?

After all, the media hammered George W. Bush for flying over New Orleans after Katrina, rather than engage with victims on the ground.

Even House Democratic Whip Steny Hoyer says that “visiting the border, I don’t think that would hurt. It would certainly signal his concern,” according to Politico.

Would a presidential visit solve anything? Not really.

And Obama dismissed the notion at a Dallas news conference last night, saying he wasn’t interested in “photo ops,” just fixing the problem.

But politics is about symbolism and projecting concern. On a visit to, say, Brownsville, Tex., the president could meet with Border Patrol agents and concerned citizens, showing that he’s engaged. The footage would send a message that his speeches and press conferences do not (and that a closed-door meeting with Rick Perry does not). That’s why presidents show up after big floods and hurricane—and this is a Category 5 crisis, with detractors calling it “Obama’s Katrina.”

MSNBC’s Chuck Todd offered this explanation: “This White House gets a little stubborn. They don’t like to be bullied into a decision based on politics.”

The reasons that more than 50,000 unaccompanied minors, mostly from Central America, have surged across the border are complicated. They include poverty and political violence, false rumors (often spread by traffickers) that children who reach the U.S. from places like Honduras will be allowed to stay, and the administration’s ineffectiveness at combating such rumors. They also include a 2008 Bush-era law requiring due process for children once they cross the border.

The media, to their credit, have aggressively covered this saga. The network newscasts and major newspapers have run dozens of stories since the beginning of June, many of them reported from border towns.

But they have not really tried to assign political responsibility until recent days, when Obama asked Congress for $3.7 billion in emergency funds and Republicans pushed back hard, saying among other things that he needs to send in the National Guard. Some Democratic lawmakers have also criticized the president’s handling of the situation.

Now the media tone is really changing. On MSNBC, hosts Andrea Mitchell and Alex Wagner have pressed administration officials about the crisis. “With all due respect,” said Mitchell, “the reality on the ground is that the administration did not stay ahead of this.”

When you’ve lost MSNBC, you are losing your base, Mr. President.

ABC’s George Stephanopoulos told Obama late last month: “There’s a humanitarian crisis on the border. Some of your critics have said you need to speak out more directly to the people of Central America and say, don’t come. If you come, you will be deported.”

His colleague Jonathan Karl asked Josh Earnest how many immigrants who are released for a court hearing actually show up, and the White House spokesman said he didn’t know.

The story should not be reduced solely to a political blame game. But it’s time for the media to demand some political accountability.