Presidents compete to drive voters to the polls in November.

Former President Barack Obama on Thursday night said "the threat to our democracy does not just come from one person in the White House" as he stumped for local Democrats at an Ohio rally.

The 44th president, addressing a crowd at a gymnasium, said that in the existing political climate, the "stakes are higher," and he stressed that "the consequences of any of us sitting on the sidelines are far more dangerous."

Campaigning for gubernatorial candidate Richard Cordray, Obama called the candidate a "friend" and "one of the first people ever to endorse my candidacy for president."

Obama didn't shy away from political current events. He said Democratic voters "marched" and "mobilized" and "voted to make history," but that even when the party won seats, "there's been a step back" — which he said the U.S. is enduring at this moment.

Obama, a onetime senator from Illinois, then talked about the Republican Party, saying that even those who won "don't seem happy."

Obama said that what the country is seeing isn't "conservative," telling the cheering crowd: "None of this is normal, what we're seeing. This is radical."

His appearance on Thursday is one of several he's making across the country, looking to bolster Democrats' efforts to win seats in state elections and the House of Representatives. 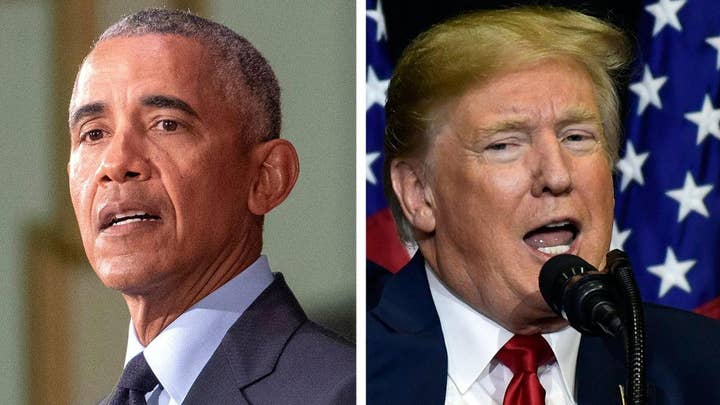 On Saturday, Obama said in Southern California that the midterm elections give Americans "a chance to restore some sanity in our politics," and told the crowd, "If we don't step up, things can get worse."

Republican Gov. John Kasich, elected in 2014, is term-limited and Democrats hope to recapture control of the office. The Dems are out of power at every level of Ohio government.

Cordray — he was appointed by Obama to serve as as the first-ever director of the Consumer Financial Protection Bureau, and held that post from 2012 until 2017 — faces Republican state Attorney General Mike DeWine in one of the season's most closely watched gubernatorial contests.