Breaking from his attacks on Republican rivals, GOP presidential hopeful Newt Gingrich made a stop at Florida International University on Wednesday where he lashed out at the Obama administration for overlooking of Latin America, the Castro regime in Cuba, and Iranian influence in Venezuela.

In a speech that drew on the United States historical influence in the region, the former history professor condemned the Obama administration for focusing on the Arab Spring uprisings while shying away from any definitive action against Cuba. ‘They worry about an Arab Spring in Egypt, where we give billions of dollars of aid every year, they worry about an Arab Spring in Syria,” Gingrich said. “I don’t think its occurred to a single person in the White House to look south and propose a Cuban Spring.”

Gingrich also targeted Castro’s ally, Venezuelan President Hugo Chávez, for condemnation, saying he was a “bitter, deep, anti-American” and chastising him for his close ties to Iranian President Mahmoud Ahmadinejad.

Calling it the first overt violation of the Monroe Doctrine since the 1820s, Gingrich said the United States would not tolerate Iranian influence in the Western Hemisphere. “We will take whatever steps necessary to block the Iranians from acquiring military bases or other assets in Latin America, because its an intolerable.”

Gingrich said the U.S. needs to confront Chávez head on. “I think we need to say calmly and pleasantly to Chávez. We know who you are. We believe what you say. And therefore we regard you as a mortal enemy of the United States,” Gingrich said.

While the Obama Administration has loosened some travel restrictions and the amount of remittances that can be sent to the island, it has continued to maintain a strict stance on the U.S. embargo toward Cuba until the Castro regime improves its human rights record and makes strides toward democracy.

“The United States will not waver in our support for the liberty of the Cuban people.  We will remain steadfast in our outreach to the Cuban people through unlimited Cuban American family visits and remittances, purposeful travel, and humanitarian assistance to dissidents and their families in support of their legitimate desire to freely determine Cuba’s future,” The White House said in press release following the recent death of Cuban activist Wilmar Villar Mendoza.

But Gingrich, in his speech, proposed a more active, non-military approach in pressuring Cuba toward democracy and mentioned steps taken against the Soviet Union by former President Ronald Reagan as well as former British Prime Minister Margaret Thatcher and Pope John Paul II as examples. “You look at how the three of them brought moral pressure, psychological pressure, information pressure, economic pressure, covert assistance. Things like solidarity were being propped by lots of sources,” Gingrich said.

“I just want to suggest to you an all out American effort in alliance with the Cuban people to facilitate the future of Cuba,” he added. “We are in fact not going to allow a negative future of new generation of dictators to replace the Castro brothers.”

On the same day as Gingrich's speech, former Cuban leader Fidel Castro called the Republican race a competition of "idiocy and ignorance."

“The selection of a Republican candidate for the presidency of this globalized and expansive empire is — and I mean this seriously — the greatest competition of idiocy and ignorance that has ever been,” Castro said, according to the Washington Post.

The former Speaker of the House also mentioned security in Mexico as a concern to the U.S., saying that the violence in Mexico was a tragedy fueled by American money and its drug habit.  “In effect we are funding a war that we should make sure the government of Mexico wins,” he said.

Over 47,500 people have been killed in violence related to drug war since Mexican President Felipe Calderón declared war on the country’s cartels in 2006.

Gingrich closed his speech by saying that Latin Americans need to see that the U.S. wants to help the region grow economically and for its people to live in safety. “We owe all of Latin America a commitment to prosperity, to the rule of law,” he said. “To truly be a good neighbor we want to help every part of Latin America achieve that kind of future.” 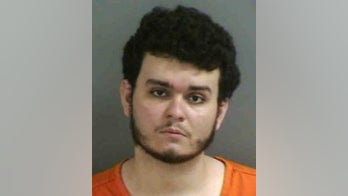 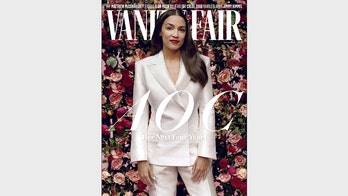