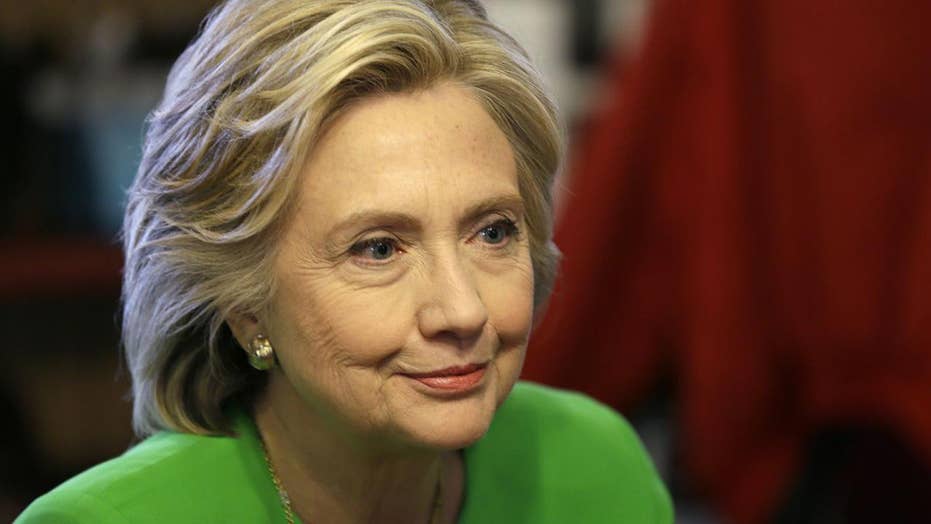 Strzok, Page worried about being too tough on Clinton

The latest batch of text messages between Strzok and Page, who were involved romantically, revealed their private conversations regarding Clinton -- and their concern about being too tough on her during the investigation into her private email system use. The text messages indicate they were wary of a backlash from Clinton if she were to win the presidential election.

In the newly released texts from Senate Judiciary Committee Chairman Chuck Grassley, R-Iowa, Page warned Strzok that Clinton “might be our next president,” in a Feb. 25, 2016 exchange.

“The last thing you need [is] going in there loaded for bear,” Page continued. “You think she’s going to remember or care that it was more [DOJ] than [FBI]?”

Rep. Jim Jordan, R-Ohio, said Friday that he and congressional colleagues “all suspected the fix was in” on the Clinton probe, even before those messages were released. He also questioned what these revelations suggest about the ongoing special counsel probe into possible Trump associate collusion with Russia.

Gowdy: Recovered FBI texts show the 'fix was in'

“Now we know the fix was in, and I think the logical thing is, if the fix was in on the Clinton investigation, and if these same people—the top people at the FBI—started and ran the Trump-Russia investigation, might there be some bad things going on there as well?” Jordan said on “Fox & Friends” Friday. “And as you look at these text messages, it sure looks like there is.”

Strzok and Page both worked on Special Counsel Robert Mueller’s team for a short period of time at the start of his Russia probe -- despite their apparent concerns, revealed in other texts released this week, that there was “no big there there.”

“I don’t like bias. I don’t like political bias and this was an incredibly politically charged case as was, and is, the Russia investigation,” Gowdy said. “So politics and political bias is even more important in a case like this. I don’t know why the left is straining to minimize the manifest bias that was exhibited by these agents. I just don’t get it.”

Another exchange between Strzok and Page dated July 1, 2016 referenced then-Attorney General Loretta Lynch’s decision to accept the FBI’s conclusion in the Clinton investigation. Lynch’s announcement came days after it was revealed that the attorney general and former President Bill Clinton had an impromptu meeting aboard her plane in Phoenix.

“Yeah, that is awful timing,” Page agreed. In a later message, she added: “It’s a real profile in couragw [sic], since she knows no charges will be brought.”

That text renewed Republican suspicions that top law enforcement officials at the time were expecting not to pursue charges against Clinton.

Strzok and Page exchanged some 50,000 text messages throughout the presidential election and the first year of the Trump administration -- many of them expressing anti-Trump views.

The Strzok-Page text messages renewed GOP concerns about how the Hillary Clinton case was handled. (AP)

This week, the Justice Department revealed that the FBI “failed to preserve” five months of text messages between Strzok and Page due to a technological glitch from Dec. 14, 2016 through May 17, 2017—the day Mueller was appointed to lead the special counsel investigation.

The gap in records covered a crucial period, raising suspicion among GOP lawmakers about how those messages disappeared.

But DOJ Inspector General Michael Horowitz later confirmed to Congress that his office has recovered texts from that time period by taking possession of “at least four” phones belonging to Strzok and Page.