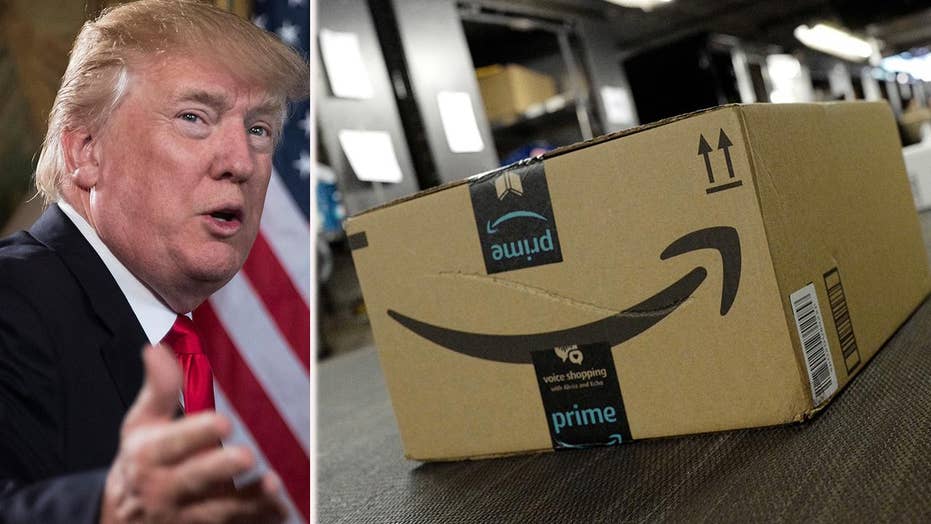 Trump takes aim at Amazon and the US Postal Service

A new survey says the U.S. Postal Service (USPS) enjoys a sky-high proportion of adults who hold a favorable view of the agency.

But another high profile agency can't say the same thing.

The USPS, the National Park Service, NASA and the Centers for Disease Control and Prevention (CDC) each received a favorable rating from at least 80 percent of adults surveyed, according to Pew Research Center.

Conducting the survey at the beginning of September, Pew asked 2,004 U.S. adults about their view on a slew of government agencies. Overall, 14 federal agencies received higher favorable than unfavorable ratings.

On the other hand, Immigration and Customs Enforcement (ICE) was the only one to receive more unfavorable views (54 percent) than favorable ones (42 percent).

The Justice Department, FBI, and ICE have all garnered substantial criticism amid immigration controversies and attempts to investigate President Trump.

ESTIMATE: ILLEGAL IMMIGRANTS MADE UP 23 PERCENT OF U.S. FOREIGN-BORN POPULATION

The survey also found that Democrats have worsened their view of the DOJ, with 11 percent more viewing the department unfavorably since January 2017.  Republicans, since last July, viewed the department much more positively with an increase of 17 percent who rated the agency favorably.