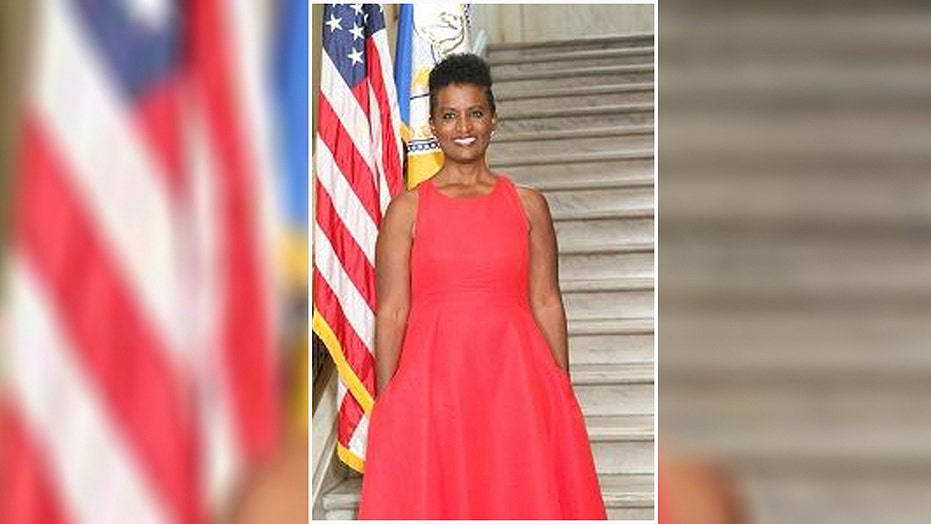 Trenton Councilwoman Robin Vaughn on Saturday let loose a stream of expletives and homophobic insults against the New Jersey city's mayor, who is gay, after a disagreement between the two about funding for nonprofit organizations during a conference call, according to a report.

In audio obtained by The Trentonian, Vaughn, other members of the Trenton City Council and Mayor Reed Gusciora were discussing efforts to manage the city during the coronavirus pandemic when Vaughn and Gusciora got into a confrontation on "do-nothing" charity organizations getting city money and launched into an angry tirade over the phone.

"The concern as to the level of the facilitation and their delivery, whether or not all they are..." Vaughn said before Gusciora cut her off.

Vaughn and Gusciora then began to raise their voices at each other before the phone call melted down into a full-on shouting match.

"OK, radioactive," Gusciora shot back in an apparent reference to a nickname given to Vaughn by The Trentonian.

Gusciora called Vaughn a "4-year-old" and a "child."

Vaughn told Gusciora, "You're a child, and you're incompetent, and you know it."

OHIO GOV. DEWINE: '90 PERCENT' OF STATE'S ECONOMY WILL REOPEN BY NEXT WEEK

As the call descended into further antics, with Gusciora and Vaughn arguing over whether one particular nonprofit is effective at its mission, another voice on the phone asked, "Can somebody get control of this?"

Vaughn called Gusciora a "motherf---ing drug-addict pedophile, that's what you are."

Gusciora then called Vaughn "embarrassing" and asked other members of the city council how they can "put up with this."

The profanity-laced shouting match lasted more than 30 minutes and ended with an argument over council members' reelection prospects.

Vaughn signed off the call by telling one council member to "help pack [Gusciora's] bags and suck his d--- while you're at it."

After the Vaughn exits, Gusciora can be heard asking the other officials on the call, "Have you ever seen me curse out people like that?" before saying that Vaughn "can't control herself."

Vaughn issued a statement on Twitter after the call.

"Trentonians, since I don't have the privilege of having friends who are owners and/or editors of newspapers who will only write good things about me or my side of the story, then I will request the full audio or transcript be released so you, the residents and taxpayers of Trenton, will have the full context of that conference call," she said.

"Councilwoman Vaughn has a history of causing disruptions at Council Meetings and attacking other decent people, based on their religion or ethnicity, who want to move our city forward," Gusciora said in a statement to Fox News. "She has also remained steadfast in her opposition to economic development or any other sign of progress for our City."

Gusciora also referred to previous antisemitic comments Vaughn made, asking "when is enough?"