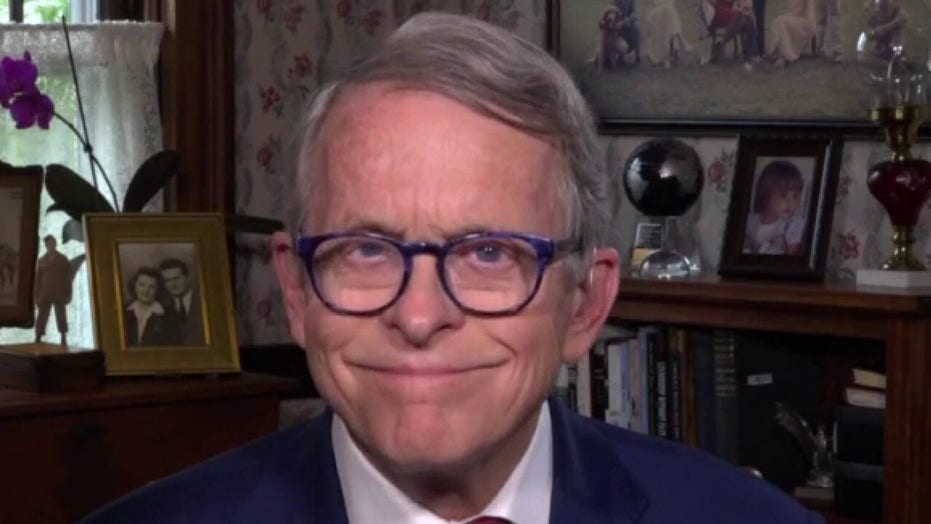 "We’ve been able to flatten the curve," DeWine, a Republican, said. "Our hospital admissions are fairly flat, and we have to do two things at once... get this economy moving again and... protect ourselves, protect our community."

Under the plan, as Fox 28 reported, health-care facilities performing nonessential surgeries and dentist and veterinarian offices were allowed to reopen Friday.

Restaurants, hair salons and other businesses were working with state leaders to establish safe practices, but it remained still unclear when they will return to work. The transition will be gradual, DeWine said, calling it a "layering" process.

"Basically 90 percent of the economy is open in a week, and we’re going to move from there."

"We’ve put together different working groups. For example, we’ve got a group of folks who do hair, we’ve got a group of folks who run restaurants and these are small restaurants, midsize, and we’ve had them come back with best practices. And so, as we open an industry or we open a sector, people will be able to be assured in Ohio that best practices are being followed," DeWine said.

"They're not my best practices. They're the practices that have come from people who run restaurants, people who do that."

GOV. MIKE DEWINE ON REOPENING OHIO ECONOMY: 'THE MONSTER IS STILL LOOSE AND IT'S GOING BE OUT THERE'

On May 12, retail stores will be allowed to reopen, the governor said. "We’re layering this out, so in one week, we’ll do retail. Retail already now can do it by appointment, they can do... curb service, but in one week, they will be able to be open," he explained.

"We’re waiting, frankly, because we want to make sure that we spread these orders, these new openings, out just a little bit, so we layer it in. Every expert recommends that we do it that way but for those people in Ohio who are anxious, in a week, retail is all open and it will be moving forward."

DeWine emphasized that while his state will continue to move forward toward a full reopening, it's up to Ohioans to make smart individual decisions.

"Look, since we began to close things in Ohio, it has always relied upon people doing that. I've always said that it's not so important what I say or what the health director says... what's important is what people do, and Ohioans have been great," DeWine said.

DeWine said he would keep a close on eye on the data to try avoiding a second wave of the virus as people return to work. "We’re going to have to watch the numbers," he explained, "because what we don’t want is a huge spike and our hospitals to fill up."

As of Sunday, Ohio reported over 19,000 confirmed coronavirus cases and over 1,000 related deaths.