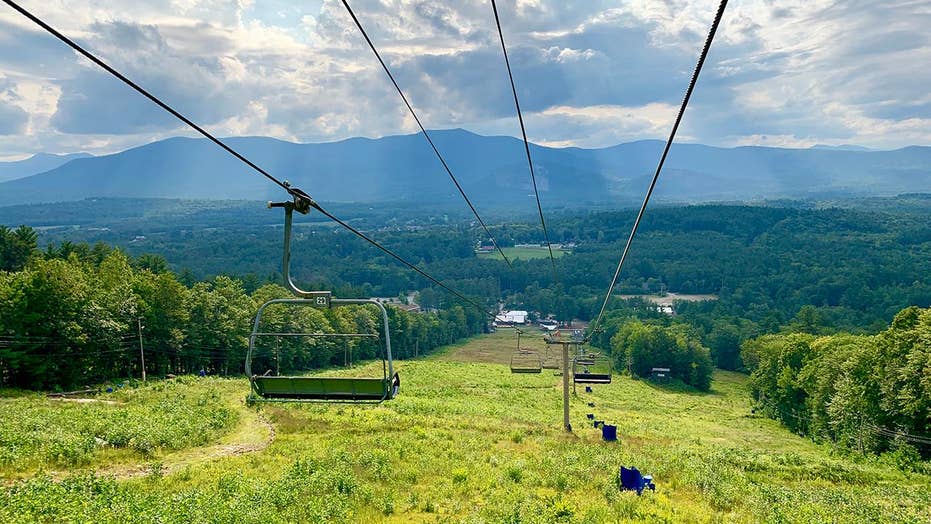 A recent poll ranks climate change and the environment second only to healthcare among the most important issues to Democratic voters in the first-in-the-nation primary state. The hot-button topic is already a main pitch among progressive Democratic candidates flocking to the state ahead of its February primary and residents say the state’s tourism industry is directly impacted by ongoing environmental changes.

GREENFIELD, N.H. – The 2020 Democratic presidential hopefuls flocking to the first-in-the-nation primary state of New Hampshire could encounter voters who say they are feeling the effects of climate change in their pocketbooks -- as they seek to woo Democrats who count the environment as a top issue.

Tourism is the Granite State’s second-largest industry and accounts for a large portion of the state’s economy. The ski industry alone contributes on average about half a billion dollars a year to the state, but it’s been forced to make some changes over the years to combat a rise in winter temperatures -- an average increase of nearly six degrees since 1970.

“We’re a climate-sensitive industry…we rely on cold winters and cold weather," Ski New Hampshire president Jessyca Keeler told Fox News. "We did a four-year study looking at the economic impact of the ski industry in the state of New Hampshire…we can see the impacts of climate change on our operations."

"The New Hampshire environmental community is very strong and Democrats seem to respond to environmental issues much more than they would probably in other parts of the country," said The New Hampshire Institute of Politics Executive Director Neil Levesque. Scenic landscapes like this lake near Ossipee, N.H. are easily accessible across the state to residents. (Allie Raffa/Fox News)

Ski resorts have experienced environmental changes like higher temperatures and shorter ski seasons, forcing them to use snow guns to keep skiers mobile on the slopes with artificial product and potentially harming industries that profit off of winter activities. They have also started offering summer activities like obstacle courses and ziplining to mitigate economic losses across the ski industry during slow winter seasons.

“The rural beauty of our area is what brings people here,” said New Hampshire Democratic voter Dani Shaw. “So it’s very important that in areas that rely on tourism that we put our best foot forward." Shaw added: "We are a beautiful state.”

Keeler says the losses cause a ripple effect.

A recent CNN poll ranks climate change and the environment second only to healthcare among the most important issues to Democratic voters in the Granite State, an indication of how the topic is playing a prominent role early in the 2020 contest.

Democratic candidates -- and voters -- have called on the Democratic National Committee to hold a debate dedicated exclusively to climate change. Officials voted down a resolution calling for the debate Thursday, but did move forward an effort to create a “climate change council” within the Democratic party.

A recent poll ranks climate change and the environment second only to healthcare among the most important issues to Democratic voters in the first-in-the-nation primary state.

“There really should be a debate just on climate change because there’s a physical, a social and an economic impact,” said George Hablen, the chairman of the Plaistow, N.H. Democrats.

Meanwhile, the hot-button topic doesn't rank in the top six most important issues to the state's Republican voters.

Republicans have accused Democrats of over-hyping the threat -- and have vehemently pushed back against the "Green New Deal" proposal embraced by progressives, pointing in part to the price tag – estimated to be about $7 trillion -- and saying it would hurt business.

"I think Republicans are concerned about the environment...but the words ‘climate change’ or ‘global warming’ have become politicized...it shows this dichotomy of the country where such an issue like climate change, which could possibly be front and center, is another issue where the country splits and divides," said New Hampshire Institute of Politics Executive Director Neil Levesque.

The views on climate change may vary depending on state and party affiliation, but one thing is clear: if candidates want to win over savvy Democratic voters in New Hampshire, they need to talk about climate change and the environment. As the state’s February primary nears, Levesque says candidates will continue to push the issue even harder to garner support in a state that’s influence can prove powerful in close election years.

“New Hampshire has a long tradition of sort of taking a hard look at front runners and switching things up a little bit, and I think that the candidates here in New Hampshire know that, and that's why they're campaigning so hard here,” said Levesque.

Vermont Sen. Bernie Sanders often discusses the subject at his campaign rallies -- diving into his views on climate change, environmental protections and the fossil fuel industry -- while entrepreneur Andrew Yang chose the coastal town of Portsmouth, N.H. to roll out his climate policy proposal next week.

Sanders today unveiled his Green New Deal policy proposal, which calls for the U.S. to “reach 100 percent renewable energy for electricity and transportation by no later than 2030 and complete decarbonization by 2050." During a recent stop in Des Moines, Iowa, Sanders also said climate change represents more of an immediate threat to U.S. national security than terrorist attacks by ISIS or Al Qaeda.

"People across the state really value the natural beauty that we have here…that is something that people do care about and that I think people recognize that that's what makes New Hampshire special,” Keeler said.